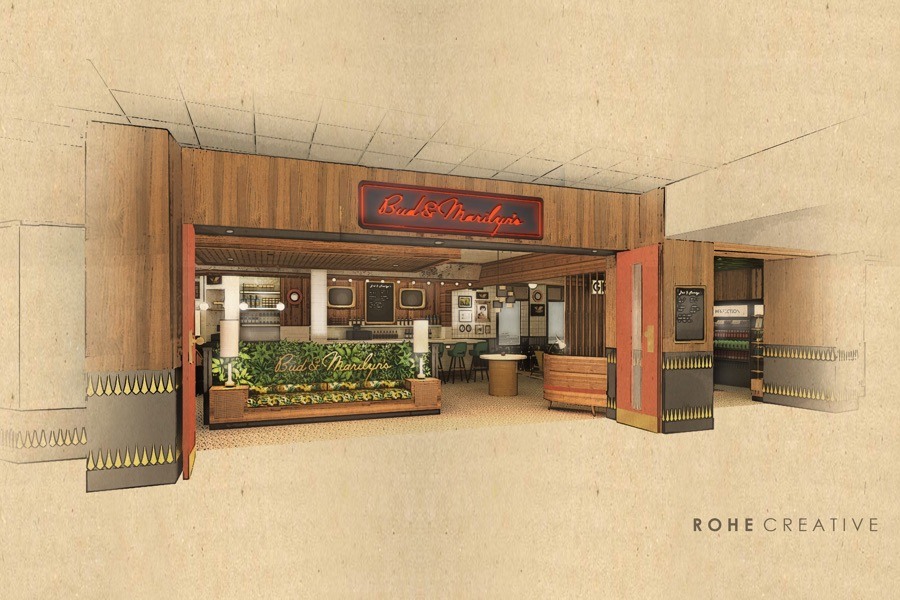 It happens as soon as you feel the first fall leaves crunching under your feet, that first nip of autumn in the air: new restaurants, some long-anticipated and long-delayed, cross the finish line to opening day after the summer slump. Here’s everything you need to know about the most anticipated openings of the season — concepts opening their doors this month, later this fall, and looking forward to next year.

We’ve got intel on some in-the-works restaurants still coming in, so check back for updates. 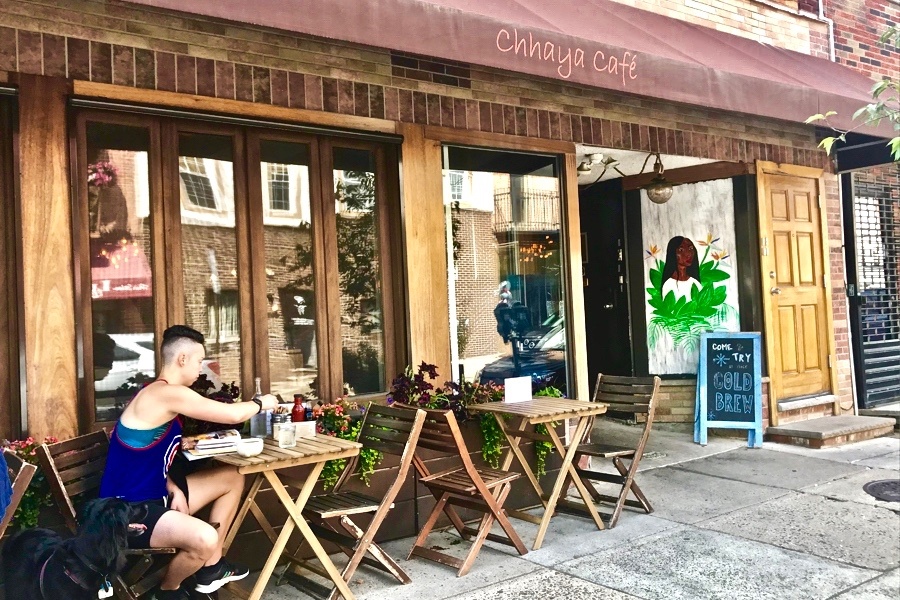 Bud & Marilyn’s, Philadelphia International Airport
Safran Turney’s second location of their Midwestern supper club, located between Terminals B and C at PHL, will be ready to serve you pre-flight fried cheese curds in the next week or so.

Queen & Rook, Queen Village
The board game we told you about back in June is just about ready to open with a full bar, a veggie-focused menu, and more than 1,000 games — possibly by the end of next week.

Townsend, Rittenhouse
Tod Wentz’s relocated French flagship is set to open the doors of its new home on Rittenhouse Square on September 15th.

Emmy Squared, Queen Village
The Brooklyn-based Detroit-style pizzeria and burger spot, is set to debut at 5th and Bainbridge in mid-to-late September.

Flannel, East Passyunk
Chef-owner Marc Grika is shooting to open his Lowcountry-inspired Southern spot in the former Chhaya Cafe space on the Avenue by mid-month.

City Winery, Market East
The multiple-stage music venue, restaurant, and winery (really) opens along with the rest of the Fashion District on September 19th.

Pearl Tavern, Midtown Village
More moves from Wentz: his American-style tavern is projected to open in the former Irish Pub space on Walnut Street by the end of September.

Adding a few small touches of the old world to our dining room with some of our family’s antiques and heirlooms. These lamps belonged to Angela’s great grandparents. #restaurantdesign #mommom #lafamiglia #lafamigliaformato #northbroadstreetphilly #antiques #italianrestaurantsphiladelphia

Board and Brew, University City
The College Park, Md. all-day board game cafe and bar is expanding into the former home of CoZara on the Drexel campus at 32nd and Chestnut. Chef-owner Michael Chmar tells us that they’re looking at a late fall opening, hopefully by November.

Gigi, Queen Village
Back when Chris D’Ambro and Marina de Olivieria took over Southwark, they made the property do double duty, turning a former storage space into chic Italian-inspired jewel box Ambra. They’re about to have another two-in-one with Gigi, their wood-fired pizza concept in back of their neighborhood restaurant and bar Olly at Fifth and Bainbridge Streets. Gigi is slated to start offering takeout — wood-fired Neapolitan pies, sandwiches, and other comforting bites — from a separate entrance on Bainbridge in mid- to late October.

Cicala, Poplar
Joe and Angela Cicala’s long-awaited Southern Italian concept in the revamped Divine Lorraine Hotel on North Broad Street, is currently in the home stretch. They’re hoping for an opening by mid-October.

River Twice, East Passyunk
A modern American BYO, this one from James Beard-nominated Texas chef Randy Rucker, will debut in the old Izumi space this October.

Fiorella, Italian Market
Marc Vetri is looking at a mid-November opening for his casual handmade pasta concept and bar in the longtime home of Fiorella’s Sausage on Christian Street.

Fabrika, Fishtown
The great big Eastern European dinner theater on Frankford Avenue between Dunton and Wildey Streets is set to open with a Georgian-focused menu and live entertainment in late October or November.

Via Locusta, Center City
After successfully rescuing and refreshing Osteria, Jeff Michaud and Michael Schulson are doing the Italian thing downtown, with craft cocktails plus bread and pasta made from fresh-milled local grains. Look for Via Locusta to open its doors in late October or early November.

Blind Barber, Midtown Village
The Philly location of the Bryce Harper-backed speakeasy and bro-lon is expected to debut sometime in November in the Hale Building at Broad and Chestnut.

Bison Coffee, Callowhill
The cafe, whose menu will feature Jersey-grown produce from the owners’ farm, is scheduled to open in the Sixteen Hundred boutique residences just before Thanksgiving.

After Midnight Brewery, Kensington
The sour-focused band of brewers behind After Midnight are planning to brew their first beers this fall, with their taproom on North American Street projected to open by the end of the year. 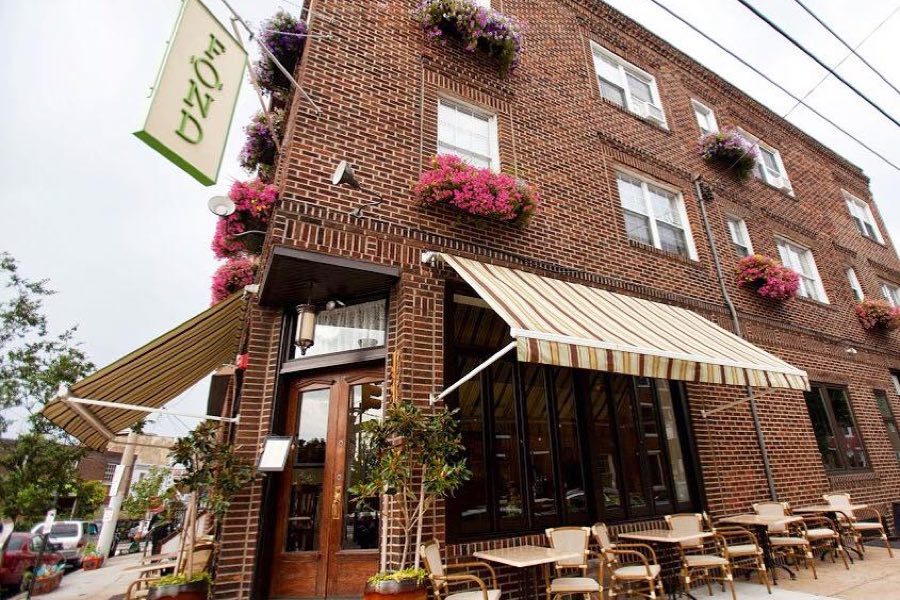 Nifty Fifty’s, South Philly
The throwback ’50s diner’s return to the city has taken a little longer than originally planned, but a rep tells Foobooz that they’re looking at a January 2020 opening at 10th and Oregon.

La Chinesca and Little Sister, Spring Arts
The Mexican concept from Michael and Jeniphur Pasquarello’s 13th Street Kitchens has an opening planned for spring or summer 2020 in the building next to Union Transfer on Spring Garden Street. They’re looking at a fall 2020 opening for Little Sister, their all-day Italian restaurant at 10th and Buttonwood Streets.

Loveluck, Center City
Safran Turney’s restaurant in the LOVE Park Welcome Center, AKA the “flying saucer” building, is expected to touch down in winter 2020.