Little Sister, an Italian Restaurant by the Kensington Quarters Crew, Is Coming to Spring Arts

Michael and Jeniphur Pasquarello of 13th Street Kitchens will bring some Southern Italian flare back to their old stomping grounds. 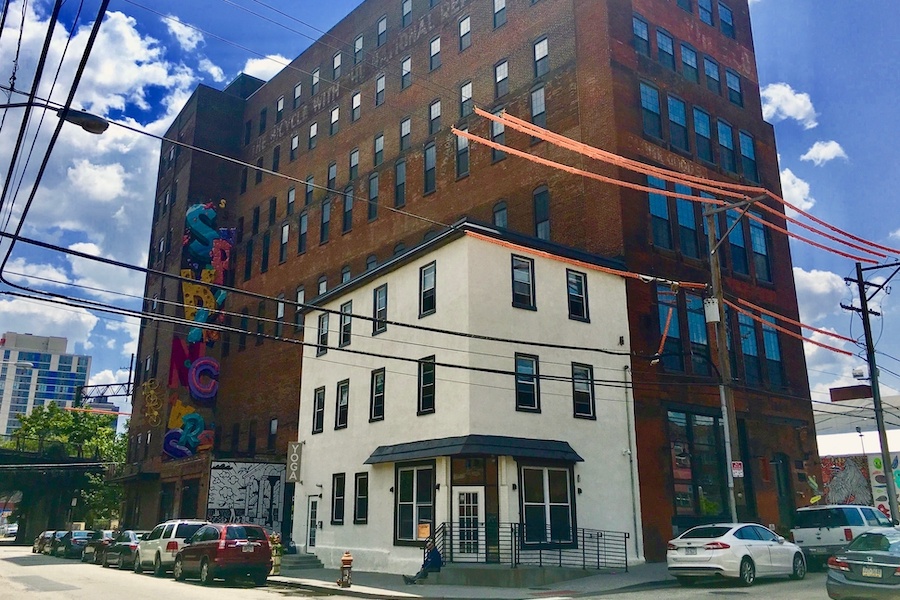 Michael and Jeniphur Pasquarello of 13th Street Kitchens (Kensington Quarters, Prohibition Taproom, the Cafe Lifts) had their third child nine months ago. Her name is Ever Paloma, little sister to Carter Penn and Hudson Rose. They also have a new restaurant opening next year in the Spring Arts district named Little Sister, after Ever.

“We closed Bufad with the intent of doing this restaurant,” says Michael. Bufad was the Pasquarellos’ Neapolitan pizza BYO on Spring Garden Street that paid homage to their Italian roots. It closed back in 2018 when the lease was up; Michael told Foobooz, “Rather than renew for five more years, I have decided to focus on the projects we have coming up in 2019.”

One of their projects? Little Sister — which will pick up where Bufad left off, still a celebration of Southern Italian cuisine and food culture, but a little more grown up in a new space at 448 North 10th Street, a small row home–looking building attached to a warehouse (4,000 sq. ft. all told).

The plan is to keep it open all day — coffee service in the morning, pizza and al taglio for lunch. But dinner is where Little Sister will shine. “We’ll have a bar this time around,” says Michael, “Amaro-focused cocktails, a small, smart list of natural/ biodynamic wine, a small selection of beer on tap.”

Also on deck: homemade pastas (no meatballs and gravy here: “we’re cooking from-the-heart Italian using fresh, regional ingredients), pizza (duh) and proper table-side service: “There’s some great service in Philly, and I’m not saying service is dead — but it’s slowly being choked to death,” says Michael. “Servers today are not meant to be seen or heard. I want to bring it back: rolling carts of porchetta or roast beef in the dining room, carved and served with all the accoutrements table-side.”

Fully aware of Philly’s current Italian restaurant boom, Michael added, “I come from southern Italian descent. I believe I ended up in the food world because of Sunday Suppers, family, that feeling around the table. I wanna do an Italian place like this because I’m really motivated by that feeling. It won’t be just another Italian restaurant in Philly. It will complement the food scene. I want it to be a conversation piece.”

Little Sister’s opening is roughly scheduled for early 2020. As for the 13th Street Kitchens’s other project, La Chinesca (opening next to Union Transfer) — no updates just yet. Once we know more, so will you.