Bryce Harper Is Bringing a Barber Shop-Speakeasy to Philly

Now we know how some of that $330 million is going to be spent. 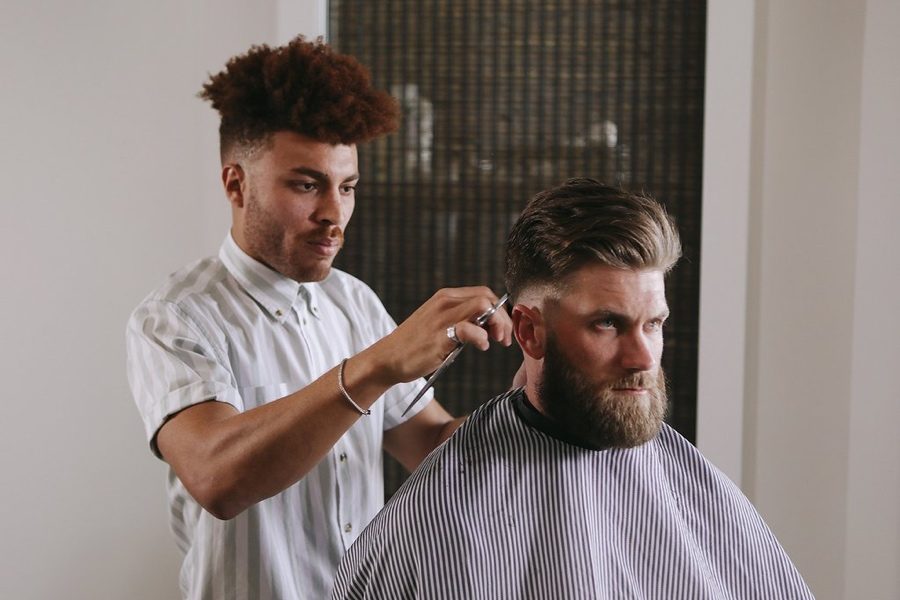 On Thursday, the Phillies signed Bryce Harper — who is apparently a very important baseball man and not a law firm nor an Instagram-based bespoke watch company — for $330 million over 13 years.  Now, we know where some of that money is going to go.

In 2018, Harper signed on as an investor and “grooming product aficionado and creative” with Blind Barber, which operates high-end bro-lons in New York, Los Angeles, and Chicago. The company will open its first Philadelphia location in Center City this fall, according to Philly.com.

The man with what Blind Barber calls “the best hair in baseball” — a sport whose players cover their heads at nearly all times during gameplay — also has a signature line of coconut-scented products with the company. Matt Breen, the company’s CEO, is from Philly.

Because guys can’t possibly be trusted to invest time and money in making themselves look and smell presentable without a macho cover like drinking craft cocktails, Blind Barber’s 4,000 square-foot location in the Hale Building will feature an upstairs speakeasy restaurant, thanks to a time machine that will transport patrons 10 years back in the past to when speakeasies were relevant. (Yes, I made a version of this joke about a similarly bro-tastic concept two years ago. Stop calling bars speakeasies and I’ll stop using it.)