Nifty Fifty’s Burgers, Shakes and Diner Breakfasts Are Headed Back to South Philly

The first franchise location of the ’50s-style diner will open on Oregon Avenue later in 2019. 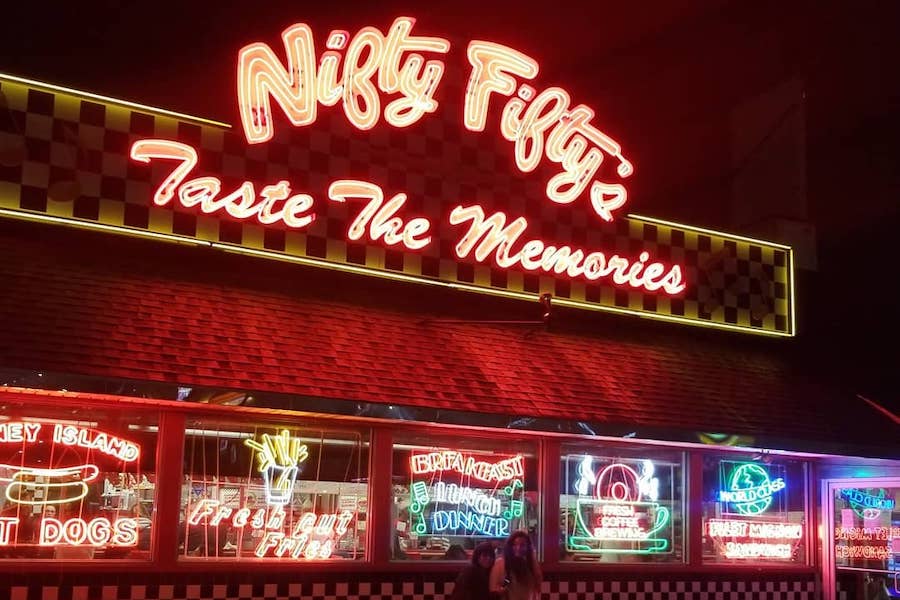 There are currently three outposts of the ’50s-style diner Nifty Fifty’s in the Philly area: Northeast Philly, Folsom, and Turnersville, N.J. South Philly used to have one — it was a triangular space at that wonky intersection at 10th and Reed streets near the Acme on East Passyunk Avenue, where the Mexican market, El Paisano, now stands — but it closed in the early 2000s.

The mini-chain has seen some other problems over the years: A location in Bensalem was destroyed in a fire in 2013, and later that year five co-owners were sentenced to federal prison after pleading guilty to a $2.2 million tax evasion conspiracy.

On Tuesday morning, however, partner Leo McGlynn — one of the co-owners convicted in the tax case — took to none other than Fox & Friends to announce their return to South Philly with a new location opening at the corner of 10th Street and Oregon Avenue:

A Nifty Fifty’s rep tells me that they plan to open in six months, “probably sooner than that.” It will be the local chain’s first franchise location, owned by Matt Devine.