This weekend, enjoy events like a live-streamed film from a Fringe Festival mainstay and an exhibition of Michelangelo's Sistine Chapel. 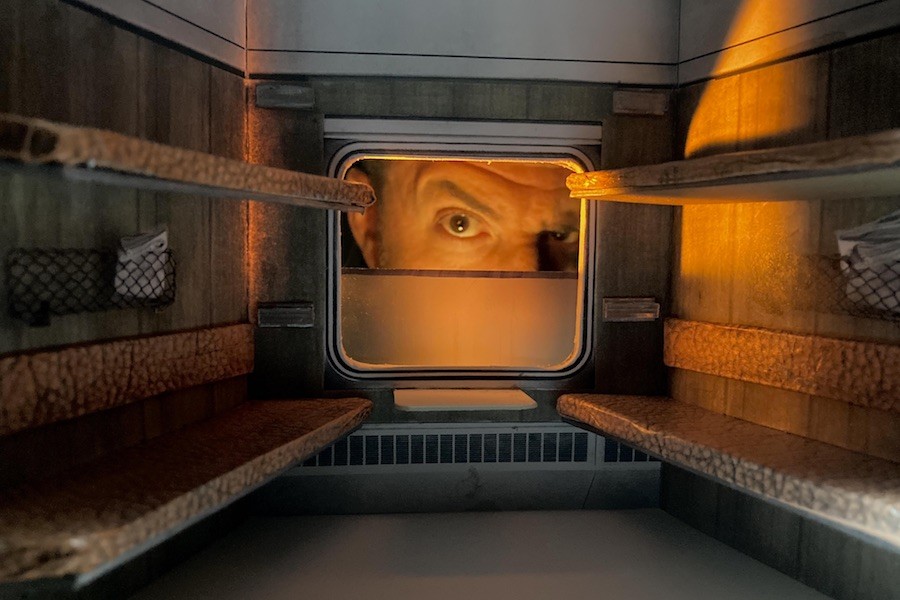 Obviously, the Covid situation means that some of these events may be cancelled, postponed, reduced in size or scope, moved to a barn, etc. So it’s probably best to double check with the venue before you leave the house. Mask up. Bring your vax card. Stay home if you don’t feel well. Keep watching the skies.

FOOD
CCD Restaurant Week
You can eat in or order out from a long list of downtown restaurants offering multi-course prix fixe lunches and dinners. The Center City District has a big list of participating eateries, plus lists of places that have outdoor and takeout options. Ends this weekend.
$25-$40, through January 21st, multiple locations.

NATURE
Winter Wonder
Outdoors: The lush vistas of Longwood Gardens have been stripped bare by the bitter winds of winter, but one may still spy the greens and oranges peaking through the snow. It’s barren and picturesque. Indoors: Nature has been tricked! Flowers and other rooted things explode with color, blissfully unaware of the season or the latitude in which they reside. When finally they grow eyes will they seek vengeance? Almost certainly.
$13-$25, timed tickets required, January 22nd-March 27th, Longwood Gardens, 1001 Longwood Road, Kennett Square.

ART
Michelangelo’s Sistine Chapel: The Exhibition
If you liked that projected Van Gogh show, you’ll probably dig this traveling exhibition centered around Michelangelo’s masterwork. “With special expertise and care, the ceiling paintings from the Sistine Chapel have been reproduced in a truly unique way using licensed high-definition photos. Brought to life using a special printing technique that emulates the look and feel of the original paintings, visitors are given a chance to engage with the artwork in ways that were never before possible.” Vertically, they mean. You can look at it without straining your neck.
$13.30-$19, January 22nd-February 20th, Fashion District Philadelphia, 901 Market Street.

ART
Tristin Lowe: Black Holes & Rabbit Holes
First glimpses of this site-specific exhibition are striking; it’s not often you see half a car jutting down from the ceiling. “Inspired by Moore’s architecture and defined by its structural limitations, the exhibition invites viewers to experience a wholly immersive invasion of the artist’s large-scale constructed forms that engage creative, mechanical, and scientific discovery while reflecting his exploration of public vs. private space.” Opening reception is Friday, February 4th, 5-7 p.m.
Free, January 22nd–March 19th, The Galleries at Moore, 1916 Race Street.

ART
Richard Benson: The World Is Smarter Than You Are
This is your last chance to check out the Art Museum’s exhibition celebrating and collecting the work of influential photographer and printmaker Richard Benson (1943-2017).
Free with museum admission of $14-$25, continues through January 23rd, Philadelphia Museum of Art, 2600 Benjamin Franklin Parkway.

COVID TEST KITS
Did You Order Yours Yet?
I know, this isn’t really an event. And it’s not some sort of adver-edu-tainment-orial, I just wanted to share the link. You can get four free at-home Covid-19 tests by filling out a form. Takes like two minutes. They start shipping in late January.
Free, anytime, usps.com.

ART
Photography 41 “Looking Up”
This juried group exhibition at the Perkins Center for the Arts in Moorestown features “approximately 40 works.” (I’m guessing 41 works in total? But I don’t know. ) “One will be chosen by the Philadelphia Museum of Art to become part of its permanent collection.”
Free, continues through February 25th, Perkins Center for the Arts, 395 Kings Highway, Moorestown.

HISTORY
Harriet Tubman — The Journey to Freedom
Philadelphia’s own Wofford Sculpture Studio has created a nine-foot-tall statue of Harriet Tubman in commemoration of her 200th birthday, and will display it in near City Hall through March 31st. Check it out before the statue before moves on to its next location.
Free, through March 31st, City Hall North Apron, 1400 John F. Kennedy Boulevard. 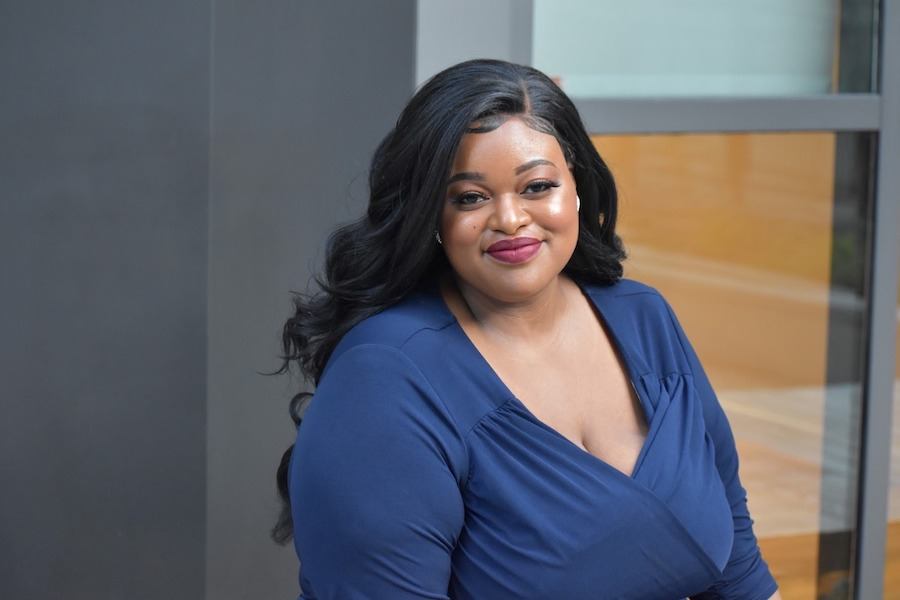 HOLIDAY/OUTDOORS
Shady Brook Farm
Every winter a real live working farm in Yardley sets up a two-mile stretch of illuminated holiday attractions. Drive yourself through ($40-$75) or hop in the back of an open air wagon ($15-$18). Then pull over for cocoa, s’mores, some fudge puppies and a feeling that these may just be the best moments of your life. There’s not much online about fudge puppies, but they look pretty sweet.
$40-$75, 5-9 p.m., register ahead of time, through January 28th, Shady Brook Farm, 931 Stony Hill Road, Yardley.

ART/OUTDOORS
Monumental Tour
The outdoor sculpture exhibition features the work of artists Arthur Jafa, Coby Kennedy, Christopher Myers and Hank Willis Thomas. “Each work is an invitation to viewers from any background to learn about and connect with a narrative or era they may not have endured personally, but one which continues to impact the African American experience.”
Free, through January 31st, multiple locations along the Benjamin Franklin Parkway and Delaware River waterfront.

FOOD/SHOPPING
Philly Flurry
Brought to you by the Fairmount CDC (that’s Community Development Corporation, not the other peeps), the Philly Flurry is a two-week program encouraging you to support restaurants, shops and other businesses in the Art Museum area. Basically, for 35 bucks, you get “complimentary appetizers, desserts, seasonal drinks, discounts at retail stores, salons, and on special services” from participating businesses. Works on takeout and delivery too. Sounds nice.
$35, through January 23rd, multiple locations.

OUTDOORS
Winterfest @ RiverRink
The family-friendly Winterfest returns for more ice skating, hot chocolate sipping, food munching, game playing, etc. You can even rent a little fire pit for $25 or warming cabin for $75-$125.
Free till you skate or buy or do something, through March 6th, Blue Cross RiverRink, 101 South Columbus Boulevard.

ART
Extra-Human: The Art of Michael Ferris
An exhibition of “larger-than-life figurative sculptures” by Chicago artist Michael Ferris. “Trained as a painter, Ferris embraced sculpture twenty-five years ago and developed an inlay technique inspired by intarsia woodworking from his Middle-Eastern heritage. Ferris’ unique approach to this historical process involves the reclaiming of discarded wood, a method informed by his environmental concerns.”
Free, through April 24th, The Center for Art in Wood, 141 North 3rd Street.

ART
Joan Semmel: Skin in the Game
This is the first retrospective of works by New York painter Joan Semmel, “from her early abstract-expressionist paintings through her movement-defining feminist art and activism to the vital work that she is making of her own mature body today.”
$10-$18, continues through April 3rd, Pennsylvania Academy of the Fine Arts, 128 North Broad Street.

ART
Jasper Johns: Mind/Mirror
The Art Museum co-hosts one half of a major retrospective exhibition on Jasper Johns. The other half is at the Whitney Museum of American Art in New York. Both halves include paintings, prints, sculptures and more spanning the Georgia-born artist’s entire career. (And don’t miss Finally Unfinished — Solo for Melissa for Jasper, a performance by dancer Melissa Toogood, with music by Caroline Shaw, tied into this exhibition, January 21st and 22nd.)
Free with museum admission of $14-$25, continues through February 13th, Philadelphia Museum of Art, 2600 Benjamin Franklin Parkway.

COMEDY
IMOMSOHARD: The Getaway Tour
Youtubers/podcasters/authors/comedians Kristin Hensley and Jen Smedley bring the live version of their multi-platform I Mom So Hard — I added those spaces because… anybody else read that wrong on first try? — empire to the Merriam.
$54-$64, 7 p.m., Merriam Theater, 250 South Broad Street.

MUSIC
Jerry Blavat and Friends
Once again the Geator has assembled a hot lineup for an old-school rock, pop and soul shindig at the Kimmel Center: Darlene Love, Frankie Avalon, Little Anthony (above), The Tymes, Gary US Bonds, The Chi-Lites, The Vogues and more.
$35-$100, 8 p.m., Kimmel Center, 300 South Broad Street.

FOOD/HISTORY
Cast Iron Chef & Colonial Brewing
Stop by ye olde Fort Mifflin on Saturday to see what it was like to prepare and/or eat a feast back in 1829. Either observe from a distance and try some samples, or roll up your sleeves and pitch in as an apprentice cook or brewer and enjoy a full meal.
$6-$10 for general admission; $75 to be an apprentice, 10 a.m.-4 p.m., Fort Mifflin, 1 Fort Mifflin Road.

MUSIC
Anderson East
The Nashville roots/rock/R&B band is touring behind their newest record Maybe We Never Die, which might be the most optimistic album title I’ve heard in a while. Okay now I’m listening to some pretty, soulful lovesick songs, like “This Too Shall Last” and “Hood of My Car,” and hey, we’re going to be okay. Get to the show on time for Bendigo Fletcher.
$25, 7 p.m., Union Transfer, 1026 Spring Garden Street.

MUSIC
The Wombats
These Liverpool rockers really like to make a statement. Just last week they released their fifth record Fix Yourself, Not the World. And song titles include “If You Ever Leave, I’m Coming with You,” “Everything I Love Is Going to Die,” and “People Don’t Change People, Time Does.” Here’s to full sentences!
$25-$27.50, 9 p.m., Fillmore Philly, 29 East Allen Street.

MUSIC
F*cked Up
Last year, the esteemed Canadian hardcore band with the oft-censored name put out a lovely and kinda proggy concept album called Year of the Horse. This year they’re going back to their past, celebrating the 10(plus) year anniversary of their breakthrough David Comes to Life, the rock opera record that introduced their sweet and coarse punk sound to a wider audience. “Queen of Hearts” remains a banger of the higher order. With Empath. That’s a band from Philly.
$20, 8 p.m., Underground Arts, 200 Callowhill Street.

MOVIES
Mary Poppins
The Philadelphia Film Society presents a Sunday afternoon screening of the 1964 musical classic about a mischievous wraith who insinuates herself into a family of impressionable rubes. Tagline: “Mary Poppins flies among the witches.”
$4-$8, 3 p.m., PFS Bourse Theater, 400 Ranstead Street.