From Anthony Bourdain’s fake friend to Kevin Hart: the people, places, and things that we’ll happily leave behind this year. 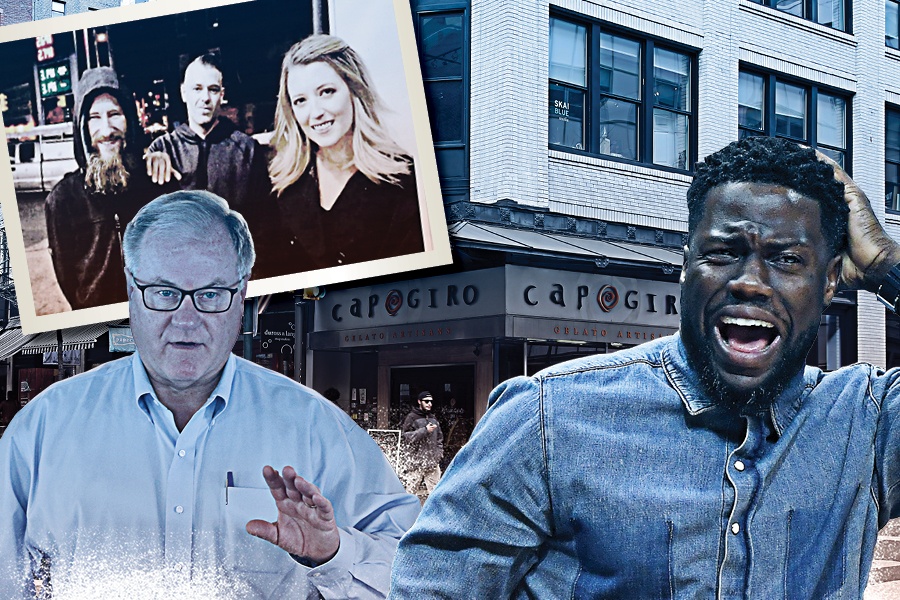 All images via Associated Press.

At the end of the year, it is customary for us here at Philly Mag to take stock of the good, the bad, and the just plain bonkers stories and people that have emerged from this great city. Earliest this week, we brought you the people, places, and things that wound up on the right side of 2018. Here, those who landed on the other side. In no particular order.

Every year when we put together our Biggest Losers list, there is always a person whose name you didn’t know before the year began but by the end of it, through some terribly stupid move on their part, that name is dirt.

Boston Marathon Dad Mike Rossi comes to mind, as does the young woman whose “I work at a fucking news station, motherfucker” tirade on Sansom Street went viral — and we can’t forget about gay basher Kathryn Knott.

This year, we can think of no person who fills this role as well as Anthony Bourdain’s fake friend, South Philly chef Michael DePasquale, seen below in a mugshot from a few years back. 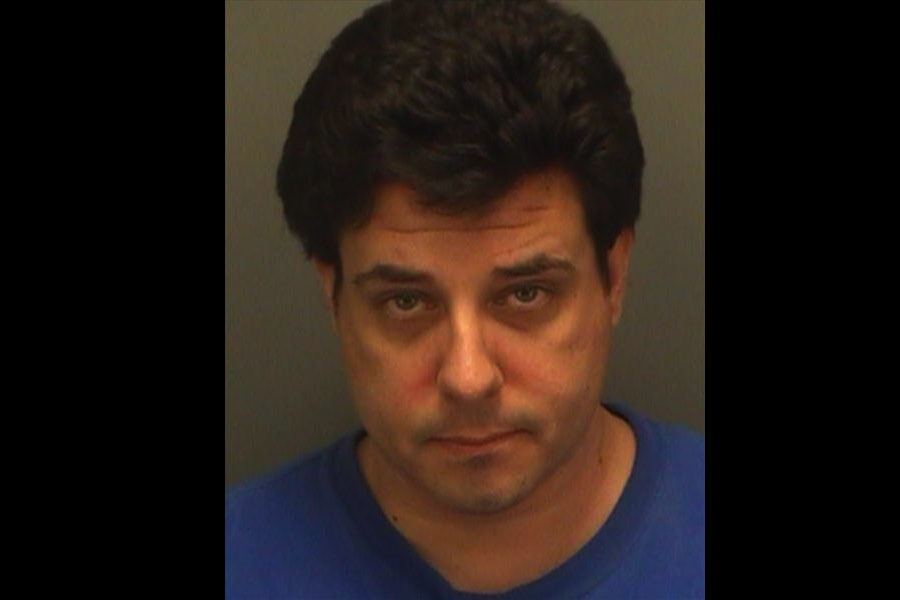 Honorable mention: The South Philly Review, whose decision to publish the laughably false story about DePasquale in the first place is almost as bizarre as DePasquale himself. Almost.

My, how things change. In 2016, the Biggest Losers list included “Our Sports Teams (Flyers Excluded).” Not only are the Flyers not excluded this year, they are the only team we feel the need to call out publicly. Not even Gritty (don’t worry, Grit: we managed to squeeze you onto our Biggest Winners list) can save you from this dubious distinction.

There was a time when Fishtown was just annoyingly hipster. Now, on an average weekend night, it’s so completely overrun by bros and their female counterparts that you’d think that the Irish Pub and Howl at the Moon had moved to Frankford Avenue. And don’t even get us started on the parking situation in Fishtown. Couldn’t the best restaurant in Philly have been built somewhere else? 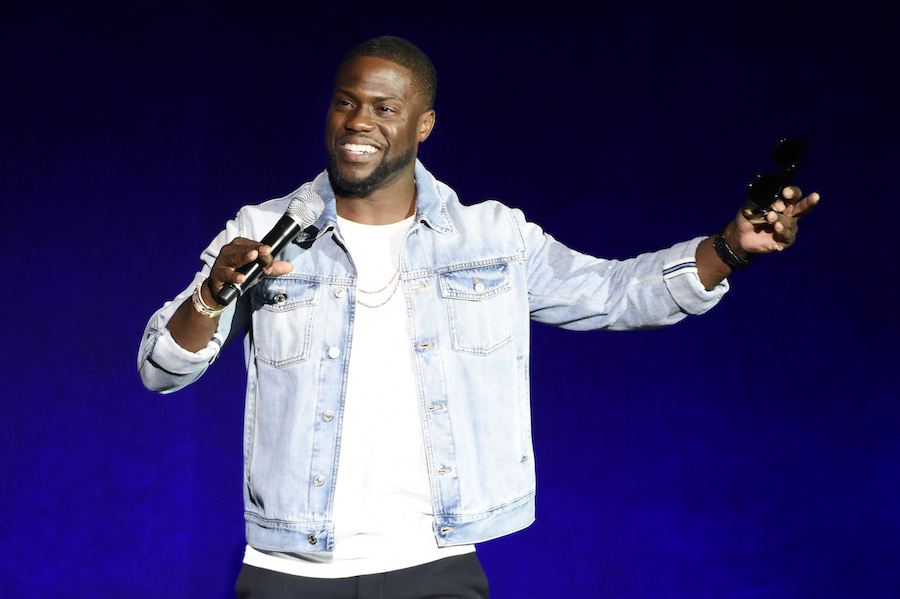 Not just because he had to step down from hosting the Oscars thanks to backlash over remarks he made about gay people, but also because he’s simply not funny.

Thanks for the middle-finger addition, Comcast.

If they’re acquitted on all charges, we will issue a retraction. For now: LOSERS.

Honorable mention: The people who still believe that America’s Dad didn’t do anything wrong. Yes, we know you are out there.

A perfect storm of over-construction, bad drivers, Ubers and Lyfts, irresponsible bicyclists, box-blockers, and double-parked delivery vehicles has resulted in a nightmare for anybody trying to get from Point A to Point B using anything other than their feet.

Somehow, we failed to make the list of Most Congested Cities in the United States, but something tells me that it’s coming.

From top chef at a top restaurant to disgraced outcast. Maybe kitchens in Philly are finally getting the message that you can’t just treat women any way that you want to without suffering consequences. 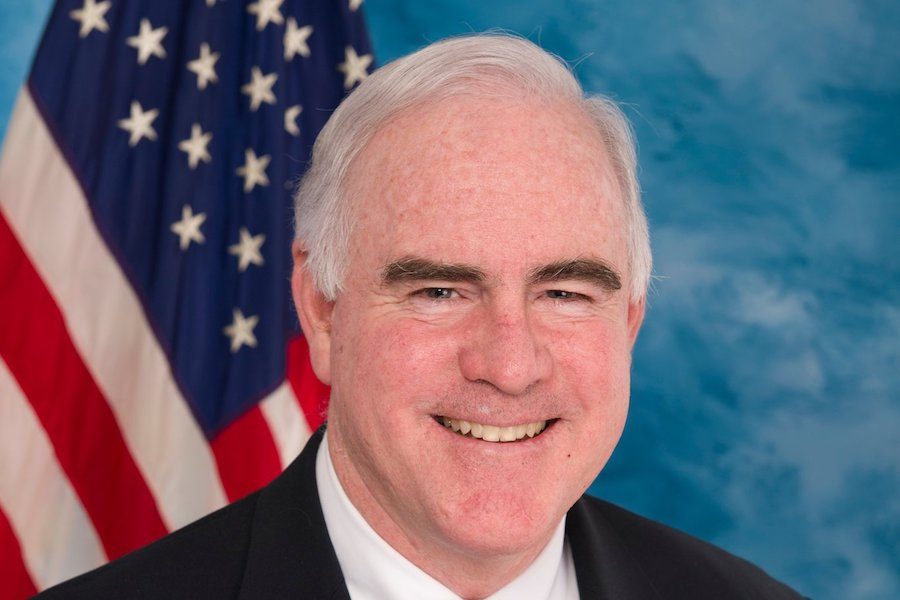 While we’re on the subject of sexual harassment scandals …

You may have to search your memory banks — or just click here — to recall the details of this South Philly loser, who stands accused of raping a boy and will go to trial next year in that case.

We would have totally forgotten about Tyler, a guitarist who has shared the stage with everyone from L.L. Cool J to Pearl Jam, but then, while out on bail earlier this year, he went on Facebook Live to launch his own #WhatAboutUs Movement to help the “wrongfully accused.”

And then, in August, Tyler had his bail revoked and was thrown back in jail after the DA’s office accused him of posting selfies from a South Philadelphia bar when he was supposed to be home on house arrest.

Some of you were found lurking in our kitchens and given the boot. Some of you have been busy spray-painting buildings in South Philly and vandalizing cemeteries, cars, and homes. All we know is this: Your time has come and you aren’t welcome here.

The only lifetime achievement award you will ever win.

The Water Mains of Philadelphia

July’s massive water-main break in Center City is only the beginning. Keep in mind that many of Philadelphia’s water mains were installed before slavery was abolished in the United States. This is a problem that’s going to get worse before it gets better, and with the way things tend to go in Philly, the world could actually come to an end before our water mains get fixed. So maybe that’s what City Hall is thinking: Why bother?

The weaselly political consultant helped get Rick Mariano elected, and then Mariano went to federal prison on bribery convictions.

Smukler was also instrumental in the campaign of former congresswoman Marjorie Margolies, aka Chelsea Clinton’s mother-in-law, who has lately been accused by the feds of violating campaign finance laws.

And Smukler was the right-hand-man to perpetually scandal-plagued Bob Brady, who will be retiring soon amid an FBI investigation.

So it’s not the least bit surprising that Smukler himself was just convicted by a federal jury of conspiracy to defraud the United States, causing unlawful campaign contributions, making campaign contributions in the name of another, and other offenses. We’d like to say it was nice knowing you, Ken, but … it wasn’t. Ever. 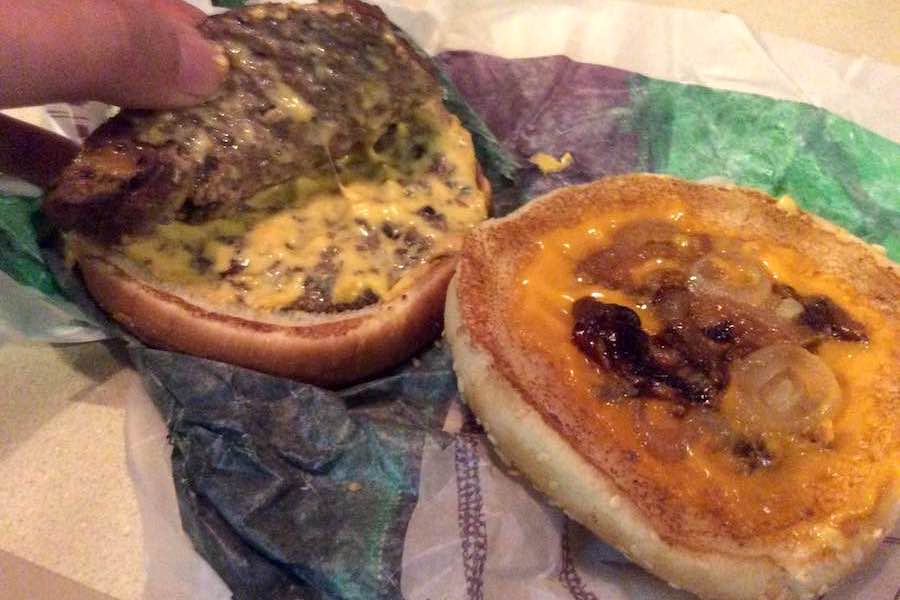 The only good thing about this bigoted fearmonger is that she lost the election. Honorable mention: the 7,808 voters who actually turned out for her.

Thankfully, voters saw garbage mogul Scott Wagner for the political trash that he was. Still, when you’re driving across the state with your IMPEACH TRUMP bumpersticker on the back of your car, keep in mind that Wagner actually won 61 of Pennsylvania’s 67 counties.

A painting of Christopher Columbus by Sebastiano del Piombo. (Image via Wikimedia Commons)

ICYMI: Columbus-freaking-Ohio canceled Columbus Day this year. Meanwhile, Philadelphia government still shuts down and throws a parade to honor a genocidal maniac who didn’t discover America — just because the local Italians love him.
Read More About: