An interview with the now-former newscaster captured in the viral video. 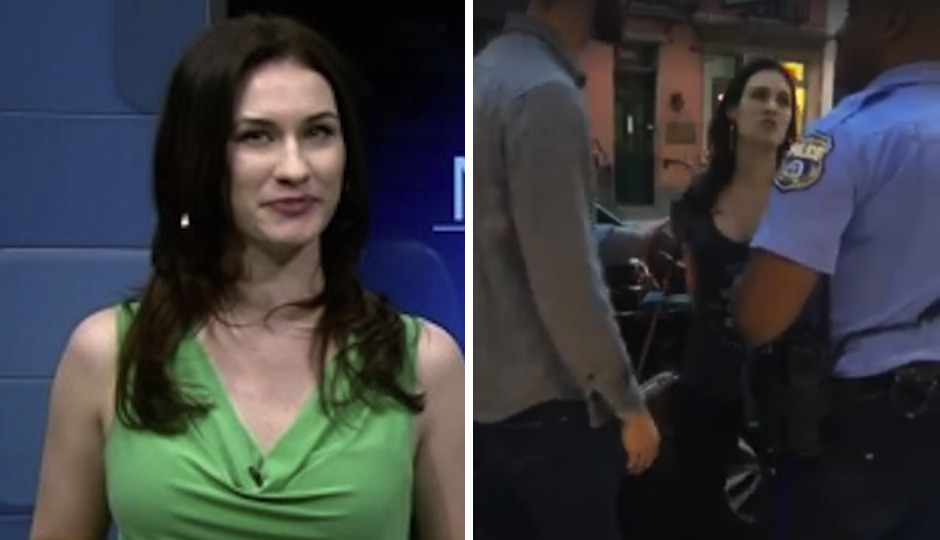 UPDATE: Philadelphia police now say that Campbell assaulted the cop after the video ended. For the full story, click here.

As we told you on Monday, Sunday night was pretty rough for 28-year-old Temple grad Colleen Campbell, who started working as a reporter for PHL 17 in 2016. The South Philly resident got arrested after becoming positively unhinged and going off on a cop outside Helium Comedy Club, as documented in a bystander video that already has well over 1 million views. Before deleting her social media accounts, Campbell took to Facebook, stating that she’d had only one drink and suggesting that she might have been drugged. We got her on the phone to get her side of the story.

The video of you outside Helium has been viewed more than 1 million times. People are pretty shocked by it.
That’s not me or how I talk or act or anything at all. I don’t know what to do. I feel ruined and embarrassed for me and my family. 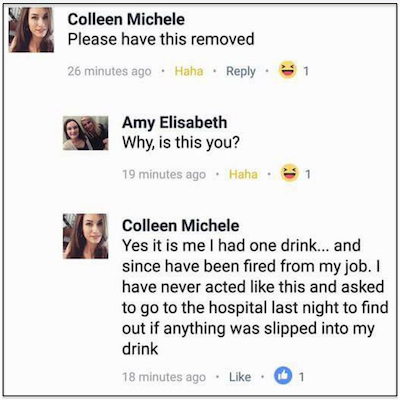 I saw your Facebook post where you raised the possibility of having been drugged. Were they able to do any tests to see what might have been in your system?
No. The police told me that it would slow the process. But at the police station, they had trouble taking my blood pressure. It was so high. I was worked up.

Why would it have slowed the process?
The nurse [at the police station] said if I send you to the hospital it will really delay everything. I just wanted to get out of there. I was really worried about my job. She gave me something similar to a Benadryl. Then later I woke up and had a panic attack. I never thought to get any test done.

Why do you think you were drugged?
Everything was foggy. I do remember coming in to Helium. I do remember getting into an altercation there, but I don’t remember what it was about. I only had two drinks at Helium.

On Facebook, you said you’d had one drink. Were you drinking prior to the two drinks at Helium?
Yes, I was working at Devil’s Den. I bartend there. And then we went to Cantina for a margarita, and I had two shots. But that was an hour before. Then we went to Helium, waited in line, got our drinks. I don’t even remember going out to the lobby. I do remember getting into the cop car.

Is there anything you’d like to say to the cop and the other people you acted out against in that video?
I feel awful. That’s not me or how I speak or how I talk or how I was raised. I had to delete all my social media, because I’m getting threats.

How about the cop? He really deserves a medal for the way he handled the situation.
I wanna apologize to the officer. I don’t remember the whole altercation at all. I remember feeling attacked. I would never talk like that. It was like watching a whole different me.

Given that you had at least five drinks, do you think it’s possible that your body was just reacting to the alcohol in your bloodstream?
I really don’t know. I don’t know what to think. I know my limits. I’m a bartender. I didn’t feel wasted walking in.

I saw that PHL 17 removed most if not all references to you from their website. Are you out of a job?
When I came home, I called my producer to talk about why I was absent. I didn’t realize a video was out. I found out about it later, because HR called me and said I was being terminated. They said there’s a video. I said, “What video?”