"I work at a fucking news station, motherfucker." Well, she did … 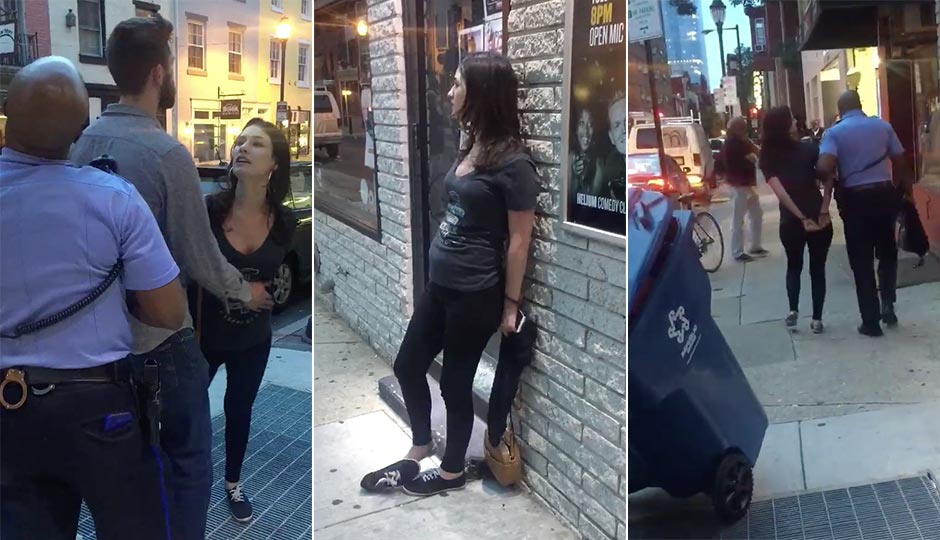 PHL 17 reporter Colleen Campbell did not have a very good Sunday. Screengrabs from video by Wil Sylvince

You know that feeling you get after you do something really, really stupid, when you wish that you’d wake up and realize that it was all just a bad dream? Well, we’re pretty sure that’s exactly what PHL 17 on-air talent Colleen Campbell is feeling today.

On Sunday night, the 28-year-old South Philly woman, who graduated from Temple with a B.A. in broadcast journalism in 2016, was at Helium Comedy Club to see Craig Robinson, best known as Darryl on The Office.

According to New York City comic Wil Sylvince, who was also at Helium on Sunday, Campbell was asked to leave the club because she was being loud during the show. (Helium wouldn’t comment on what happened.) And it was once she left the club that her problems really began.

As Sylvince’s video shows, an incredibly even-tempered Philadelphia police officer shows up and tries to get her to just go home. Instead, she attempts to spit in someone’s face and then goes off in a big way on the cop.

And in doing so, she broke a basic rule of life: If you’re a member of the media and you’re in the middle of doing something really stupid while someone is filming, don’t say, “I work at a fucking news station, motherfucker.”

You’ve got to watch the video to fully grasp the situation. Just be forewarned: Campbell’s language is pretty offensive.

Campbell, who has not replied to a request for comment, has been charged with resisting arrest, criminal mischief, and disorderly conduct. She was released on Monday afternoon on her own recognizance. She’s due back in court on June 13th.

Meanwhile, it appears that PHL 17 has scrubbed her bio page and most of her videos and articles from its site, and her personal social media accounts appear to have been deleted. A station rep was not immediately available to comment.