50 Best Restaurants: The Hall of Fame

Hang their jerseys from the rafters. These are the best of the best. 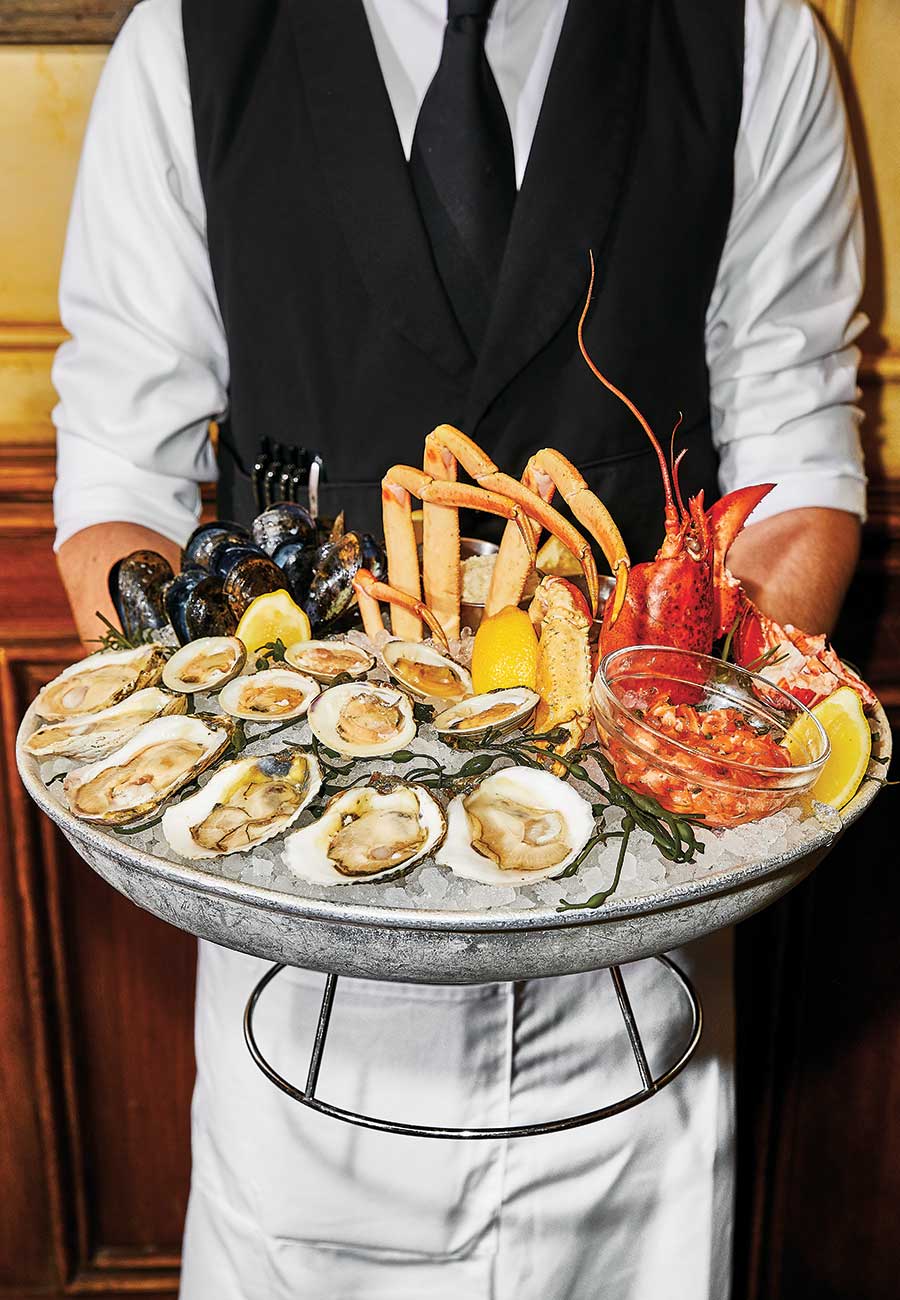 The petit plateau at Parc in Rittenhouse. / Photograph by Michael Persico

We’re not back to normal yet, but we thought it was time to take a stab at the list again—but this year, it’s a little different. We broke the Top 50 into five categories, each showing off a different facet of the region’s most vibrant restaurants. Below, 10 restaurants and purveyors that have been at the top of their game for years and still continue to raise the bar.

With her brilliant #NotPizza box, Diana Widjojo created an entire national pandemic trend. But really, it was just a reminder that wherever you eat Hardena’s homespun Indonesian dishes — the beef rendang, the tofu curries, the collard greens stewed in coconut milk—be it at a table in their no-frills dining room or out of a banana-leaf-lined cardboard box at your kitchen counter, they’re always comforting and always perfect.

Is it weird to have a restaurant that opened in 2019 on our Hall of Fame list? Maybe. But Kalaya has absolutelyearned its spot — both because it’s been operating since day one like a restaurant with 20 years of service in the rearview, and because we’ve already given it every other award we reasonably can. Chutatip “Nok” Suntaranon did something remarkable when she opened her first small, casual, welcoming neighborhood restaurant: She changed the way we all thought about Thai cuisine, mixing the modern and the traditional, the learned and the experimental, crisscrossing borders and combining flavors. And then she kept going, with a specialty market and grab-and-go pandemic takeout operation a couple blocks away — and a new Fishtown location in the works.

Parc is Philly’s most indispensable restaurant. No matter the occasion — from an anniversary dinner to an apology dinner, for Grandma’s birthday, visiting in-laws, or celebrating a successful parole hearing — it’s always on the list of possible destinations. And while some restaurants might get that kind of reputation by being so patently inoffensive that no one could possibly complain, Parc — with its French heart and Philadelphian soul, its onion soup, salade Niçoise, bustling patio, and truly excellent burger — has earned it by being so good at every single thing it does.

From the moment he started selling 40 pies a night out of a tiny storefront, Joe Beddia, with his obsessive attention to ingredients and technique, showed us all what truly great pizza can be. And while the digs have changed (there’s a dining room now; there’s a bar; there are snacks and salads and wine on the menu), his pies endure as some of the best in the region—or anywhere else on Earth, for that matter.

Since it opened in 2014, South Philly Barbacoa hasn’t changed its menu. There are no daily specials or flashy Instagram gimmicks. Cristina Martínez is making the same dishes, using the same Lancaster-grown corn (originally sourced from Chiapas, Mexico) for fresh-pressed tortillas and the same labor-intensive techniques for pit-roasting the meat. The lamb tacos and consommé are every bit as worth waiting in line for as they were back when Martínez’s empire was still just an itty-bitty South Philly food cart. Better yet: SPB’s social justice arm is just as enduring — to wit, the People’s Kitchen, which fed food-insecure Philadelphians throughout the pandemic.

Olive oil cakes and kouign amann at brunch. For dinner, a table full of mezze, grilled chicken marinated in lemon and sumac, and cocktails made with turmeric, burnt honey and blood orange. In the way it mixes the modern and the traditional, the casual and the sublime, Suraya is like no other Philadelphia restaurant before it.

There was a time (not all that long ago) when Philadelphia needed an award-winning, fine-dining vegetarian restaurant to convince people that vegetables could take the place of meat at the center of the plate. That’s what Vedge was — a proof-of-concept experiment that escaped the lab and became a nationwide phenomenon, with cookbooks, t-shirts and spin-off locations. Today, Vedge operates with that same revolutionary spirit, but in an environment where it no longer has anything to prove.

The best table at Vernick has always been in the narrow back dining room, where you can watch the cooks in the crowded kitchen work. The best plates have always been the simplest ones — a perfectly grilled pork chop with cherry au poivre and polenta, cheese toast with onion jam or tartare and horseradish. And the best thing about chef Greg Vernick’s original, namesake restaurant has always been its near-magical ability to walk the incredibly narrow line between casual comfort and high-end hospitality while making it look effortless.

There are plates here that you’ll remember for the rest of your life — pastas as carefully crafted as a work of art, simple salads that will change the way you look at vegetables forever. No list of Philly’s Hall of Fame restaurants doesn’t include Marc Vetri’s stunning celebration of Italian cuisine. From the epic hours-long prix-fixe dinners that once defined the place to more contemporary tasting menus, cooking classes, and Quattro Piatti dinners served in one of the city’s most storied dining rooms, Vetri has continued to evolve while maintaining its focus on handmade pastas, seasonal flavors, old-school service and exquisite technique.

Thanks to a global pandemic, anyone in America can order Michael Solomonov’s pomegranate lamb shoulder, delivered via Goldbelly, with all the trimmings — golden saffron-scented rice, twice-cooked eggplant, the hummus. But it’s ours, Philly, and if you’re persistent enough to score a reservation, you’ll be rewarded with the freshest flavor-bursting salatim, mezze like black bass tartare and haloumi slicked with honey, and, yes, the lamb, always falling off the bone.