12 Philly Fitness Instructors You Should Totally Follow on Spotify

Relive the studio experience through your headphones. 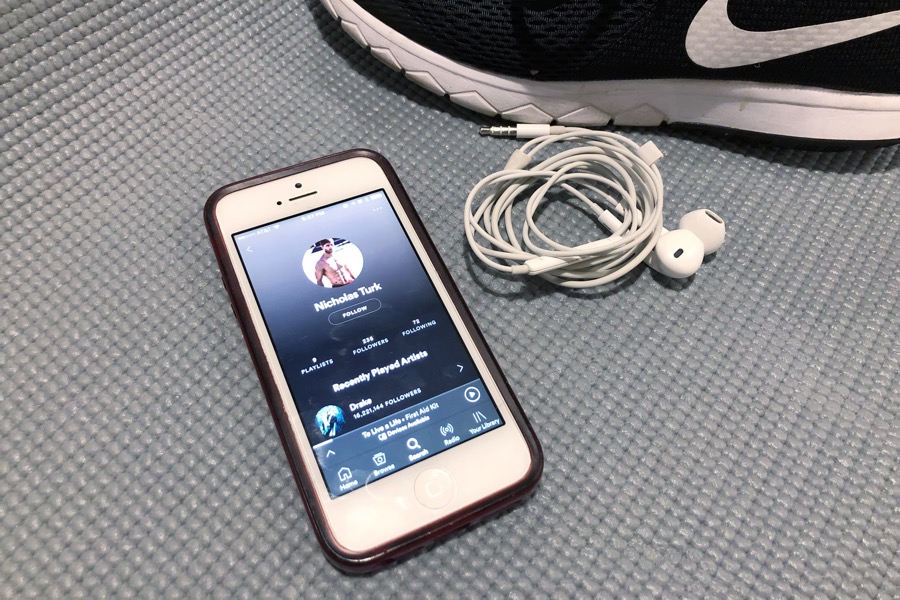 I think we all know that the music can make or break a workout. If you’re in a studio where there’s lame music, chances are you won’t really dig the workout as much. Alternatively, a great playlist can totally make you love a workout, forget how hard you’re working (and sweating) and maybe even how much you hate it. That said, there’s nothingggg worse than showing up at the gym ready to workout, only to waste 15 minutes deciding what to listen to.

In an effort to remedy the later situation, while infusing the former situation, we decided to gather the Spotify pages of some local fitness instructors known for their bangin’ playlists. Follow these trainer’s playlists and profiles to have a never-ending flow of boutique studio beats, without the price tag because, guess what? You can listen to them anywhere, anytime. Yes, please!

I’m not sure if I’ve ever seen such a beautiful gallery of Spotify playlists than Jackie’s. Here you’ll find her playlists for most of the classes she taught past, present, and future. So if you were blown away by the tunes in one of her classes, chances are you can find it here. Oh, and she led our BWP Underground pop-up Flywheel session last night, so I can personally attest to her constant flow of hits.

Whether you’re stopping in at BPM Fitness for a spin session or one of their fusion classes, you better believe if Shoshana is teaching the class, there will be some powerful beats to carry you through. Expect a fun mix of pop, hip hop and electronica to fuel your sweat sessions.

You might remember this sugar-loving SoulCycle instructor from when he filled us in on what it was like to give up sugar for a month, but now you’ll remember him from his toe-tapping, workout-fueling Spotify playlists. He hooks his playlists up with motivating, fist pumping, EDM, fun remixes and a few sprinkles of hip hop.

Susannah’s playlists are perfect for the folks who like to cover a little bit of every genre in their workouts. Most of her playlists cover it all from hip hop and rock to some oldies classics and trust us, these jams will definitely keep you engaged in your workout and motivated to push through that last rep. To give you an idea of her all-encompassing playlists: “You Oughtta Know” by Alanis Morrisette graces this playlist and we couldn’t be happier about it.

I think we all know that a SoulCycle instructor’s playlist hardly ever disappoints, and you can definitely trust Ryan Lewis’s playlists to keep you movin’ and groovin’ through your sweat session. Expect a solid list of EDM and hip hop beats that will surely keep you motivated.

Summer Fatzinger has just about everything you need to get through an intense climb in spin class or some arm-quivering TRX pikes. She covers the classic genres of EDM and hip hop mixed with some pop and R&B, creating a line up of beats that will keep your body moving as quickly as your heart is beating.

She told us that the secret to her crazy-defined abs was — surprise! — gaining 15 pounds, an effort that was likely accompanied by her trap-heavy playlists that make you want to conquer the world. Taylor’s playlists are generally hip hop-heavy (in the best way) but there’s a touch of pop and EDM in there too — it’s everything you’d need for that final push in spin class.

FUN. That’s the word that comes to mind when scrolling through Amandah’s playlists. Expect a mix of a little bit of everything from rock to hip hop and, of course, some Justin Timberlake to make your oh-so sweaty session feel like a party.

Do you guys remember last year’s Be Well Philly Bootcamp that kicked off with Jayel’s Pop Diva’s Workout Party? Yeah. It was pretty awesome, but it also laid solid groundwork for Jayel having trustworthy workout-fueling playlists. Her playlists simultaneously make you want to spring faster than you ever have while attempting to twerk. Or maybe that’s just me …

As soon as you clip into the pedals of your SoulCycle seat, you’ll be greeted by the most ideal spinning tunes a la Yael — which are ultimately perfectly motivating for all types of workouts outside of the studio as well. Her mix of popular hip hop and pop bangers will give you some serious I run the world vibes.

One of the prime examples that you don’t have to do yoga to “hippy music” (unless you want to) is Adriana Adele’s NamaSLAY, which is a yoga session filled with allllll of the hip hop, pop, and R&B jams that you want to hear. The best part of this uncommon yoga music selection? You can listen to her playlists during any workout. Queue it up and knock out whatever workout is on the docket.