I Gave Up Added Sugar for a Month. Here’s What Happened.

Nick Turk used to (literally) eat ice cream for breakfast. Here's what it was like to give that up. 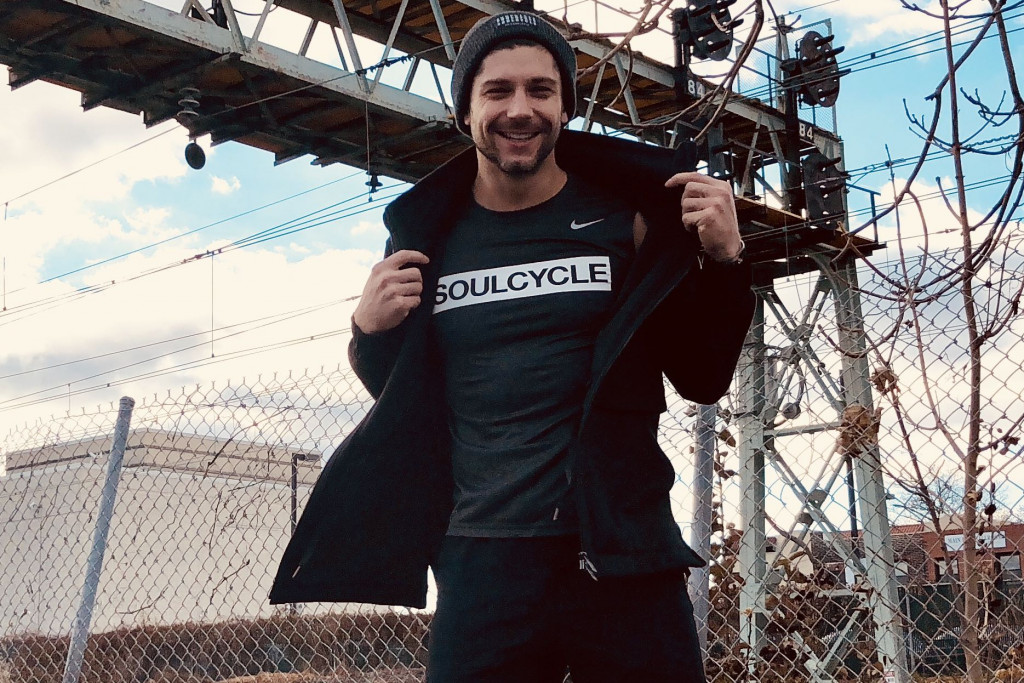 The sugar addiction is real, you guys. I know I personally have had many nights when I could kill for just a little bit (okay, a lot) of chocolate. And while you might think that fitness instructors have healthy diets on lock and never struggle with eating things that aren’t super good for them, that’s not always the case.

Nick Turk, a SoulCycle instructor at SoulCycle Rittenhouse Square, loves sugar. He loves sugar so much, he would occasionally head straight for the freezer in the morning and eat ice cream for breakfast (yes, literally). Even though he teaches 15 classes a week, he realized that his love for sugar might be sabotaging his fitness goals. That’s when he decided to give up added sugar (i.e. sugar added to foods that don’t have it naturally) for an entire month.

Curious about what that was like? So were we. We asked Turk to give us the low down on his added-sugar fast.

Why did you want to give up added sugar for a month?

Turk: Basically my entire life I struggled with once I have a candy bar, I grab another one. I am lucky in that I have career that allows me to work out, but it’s still not a healthy lifestyle. My whole idea behind it was to reset my body in order to function off of natural sugar versus unnatural sugar.

What was a day in your diet like before giving up sugar?

Sometimes, I would wake up and I would go into the freezer because I would be craving ice cream. Or I’d get to the studio, and there’d be cookies leftover from a rider for the whole staff to just enjoy. I would grab one for a little extra energy before class. What I found was I would be crashing super quickly after my classes and having to take more naps during the day. My diet was basically whatever and anything I could get. I loved bacon, egg, and cheeses. That was my go-to.

So, what was it like to go off sugar?

In the initial first and second weeks, it was really tough and my body was adapting to not have any added sugar. I was having to eat a lot more than I used to. I didn’t stay as full as long because I was eating more vegetables. I also had to increase my protein. In the first week or so, I was learning how to eat again. My cravings — they were really bad in the beginning. They tapered off towards the end of the second week. They would be so random. Especially if I was at home at night — because that was typically when I would have ice cream — I would just be like Oh my god I just need something right now.

What did you crave the most?

Peanut Butter M&Ms. I have this thing that I do where I melt them in the microwave for 30 seconds, and they’re like really good. I know I shouldn’t be saying that. Also, I love Haagen-Dazs ice cream, which is funny; I actually don’t really eat a lot of ice cream anymore.

What did you eat when you were having a bad craving?

I would typically eat fruit. Larabars — those saved my life, especially. I love the peanut butter Larabars.

Now that your month is over, how do you eat now?

I always carry an RxBar now or a Larabar, with an apple in my bag, or a banana. Those are my snacks I eat in the middle of the day. When I have dinner, I am conscious of the sugar that I’m putting in. If I go to a restaurant, and I had a cookie prior to going to the restaurant, but I really want a burger and a salad, I may say, Let’s get rid of the bread. Yes it’s good, but I already had my sugar today. It’s just balance, and that’s what I’ve learned a lot from the challenge, is just that balance.

Would you do it again?

I’m going to do it again in April. I’m not going to lie: I do it as a reset, and then I go back, but I don’t go back entirely. I feel like you could live a life saying I will never eat added sugar ever again, but at the same time, the world that we live in, I don’t feel like that is completely reasonable. Don’t deprive yourself of the things that you love. Just be aware of that if you eat too much of it, you might not be happy in the end.

What do you want to tell someone who’s thinking of giving up added sugar?