The bride-to-be couldn’t believe what she saw. 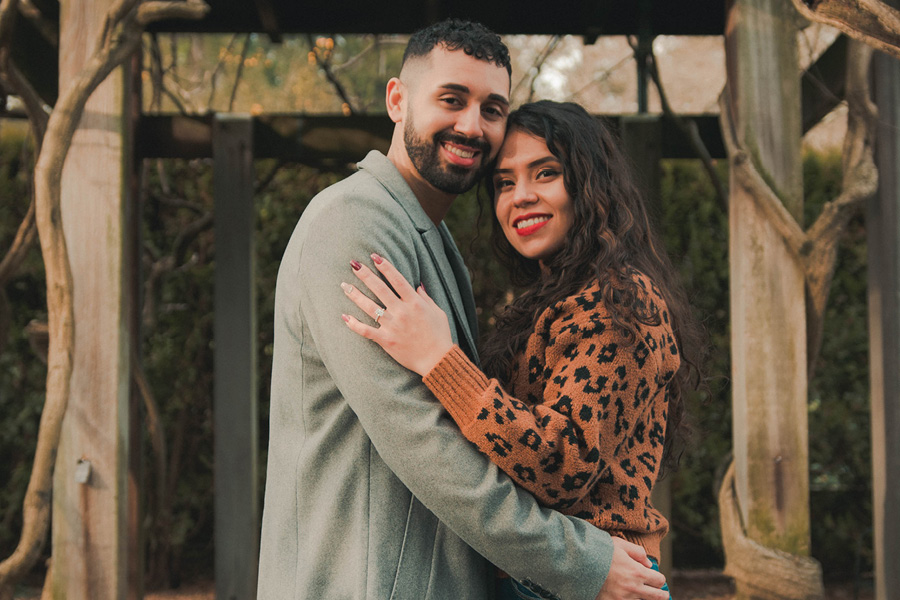 We’re continually inspired by all the creative ways people pop the question here in Philly. Pretend work parties, strolls over scenic bridges, love-letter treasure hunts, and surprise photo shoots are among the recent approaches. Another take? This Ridley Creek State Park proposal during which a live painter captured the big moment. Here, we share the couple’s story, as well as the artistic twist from Andy Greenlee of Celebration Paintings, with photography by Jays Vito. 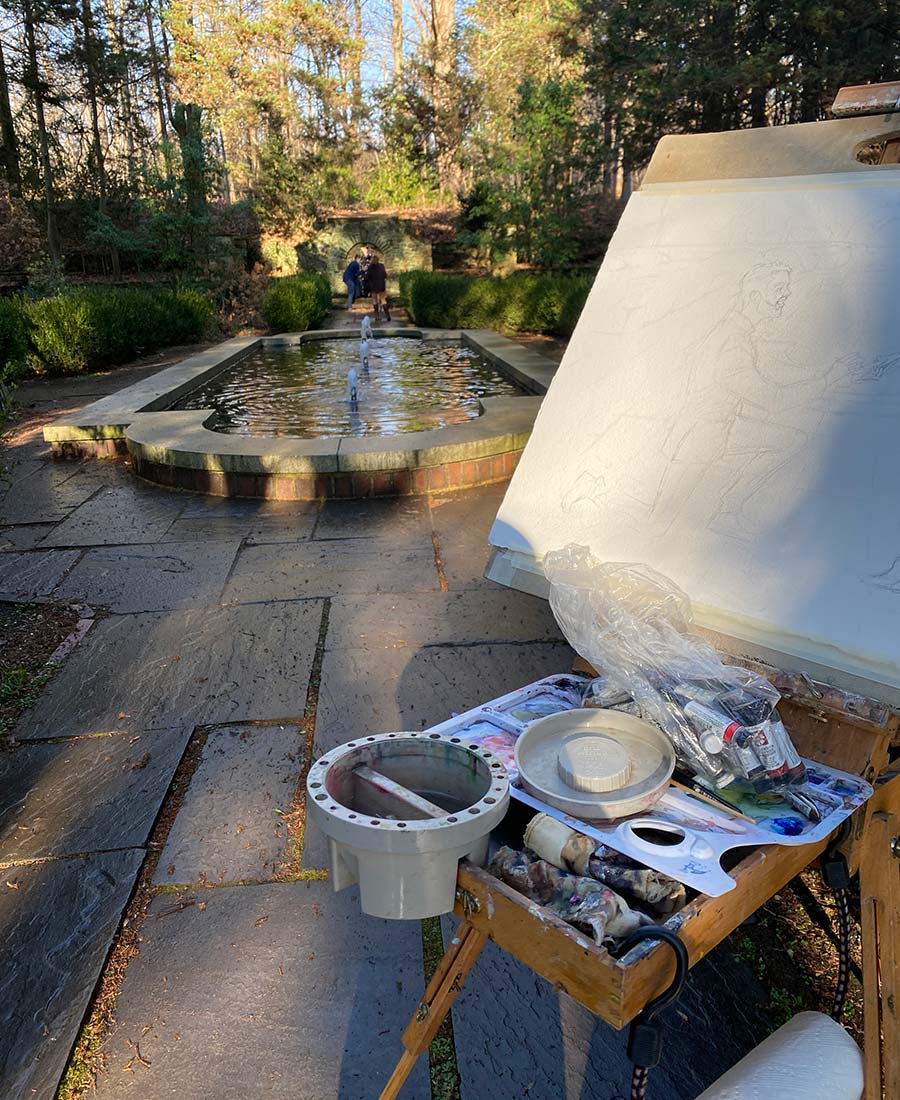 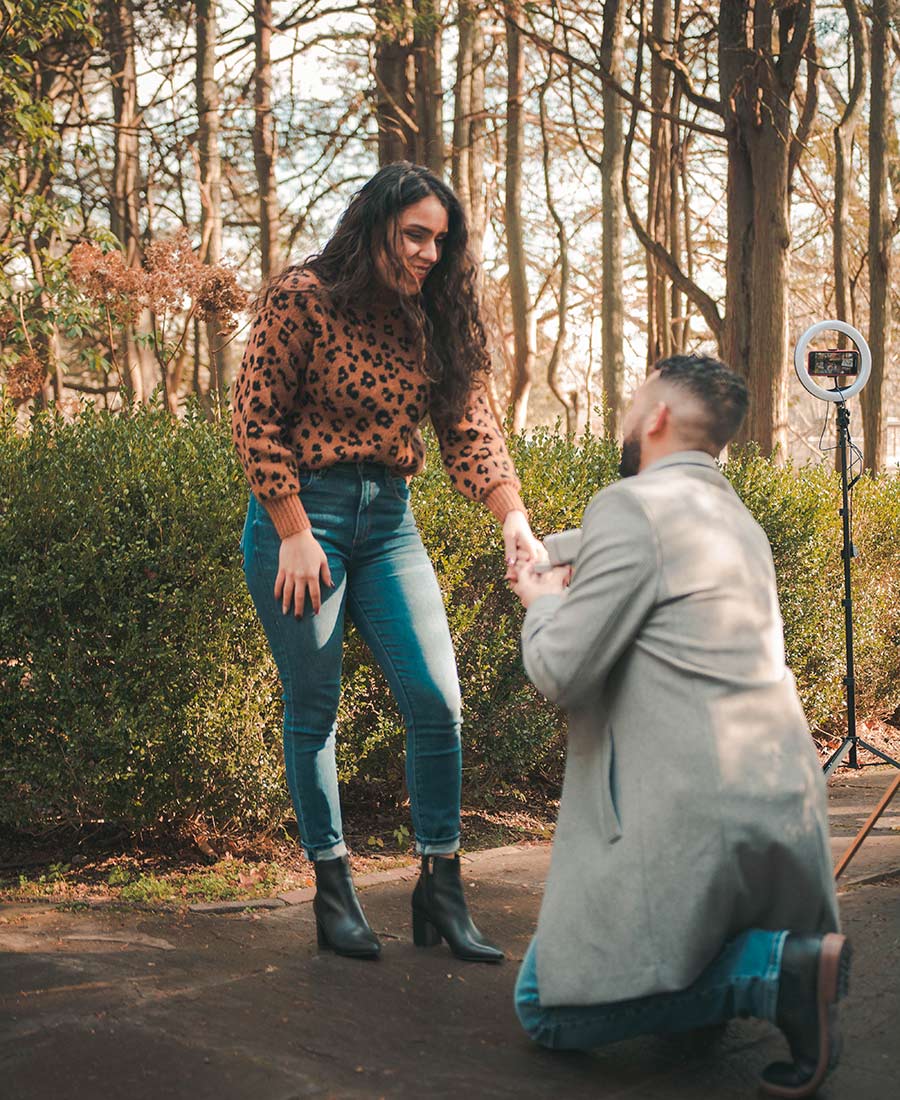 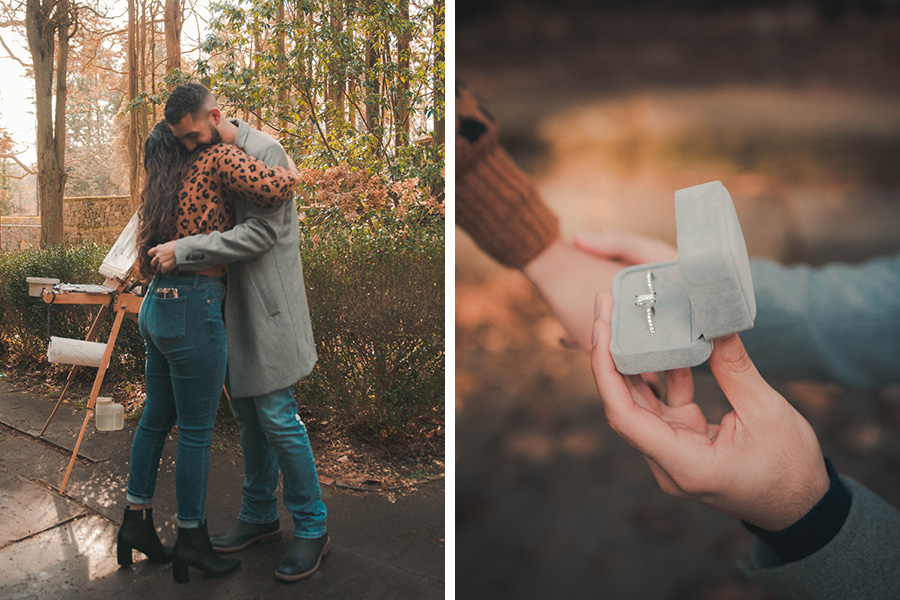 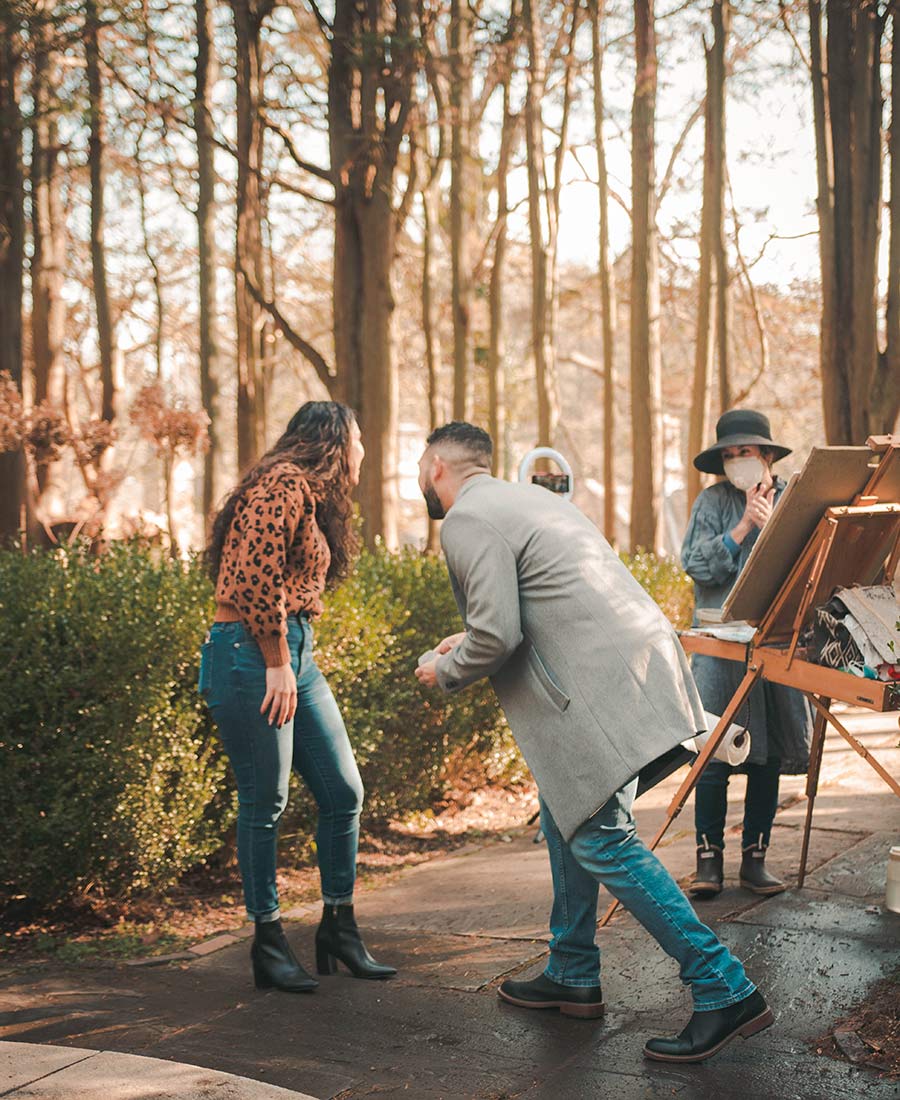 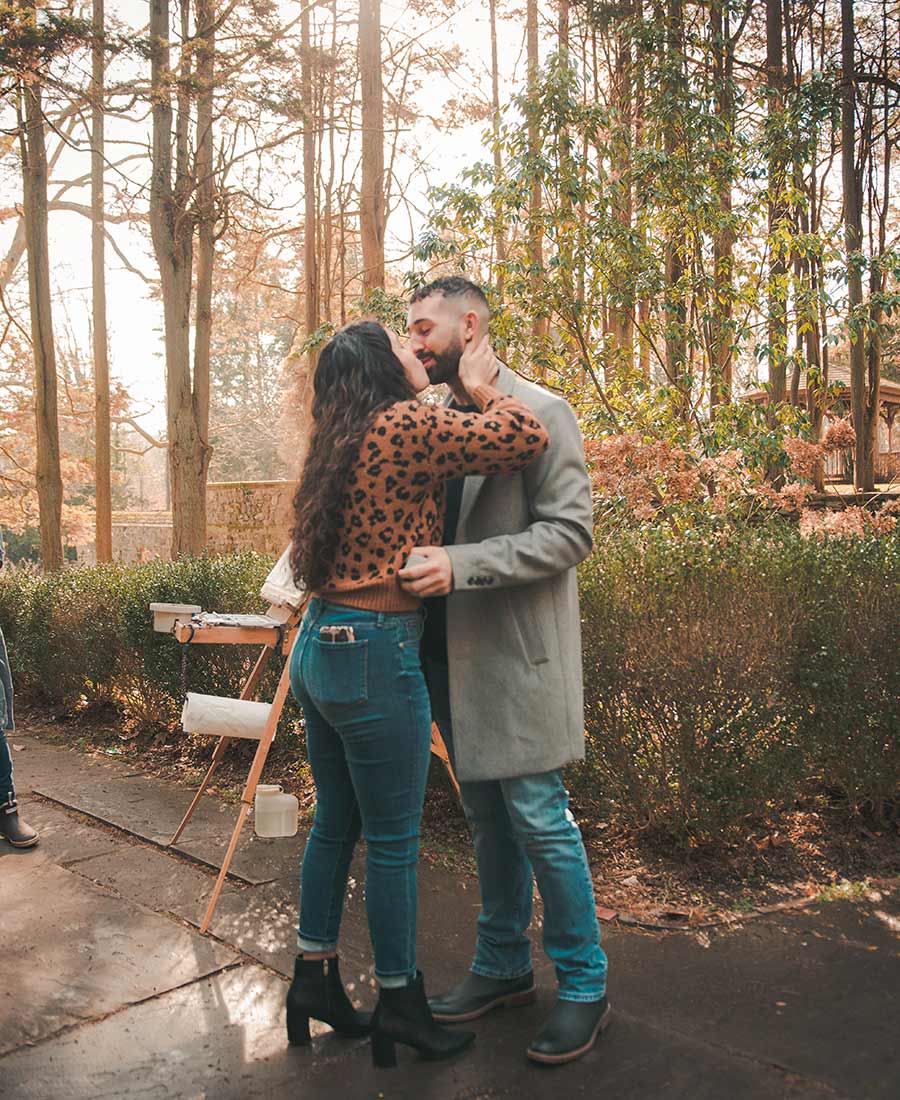 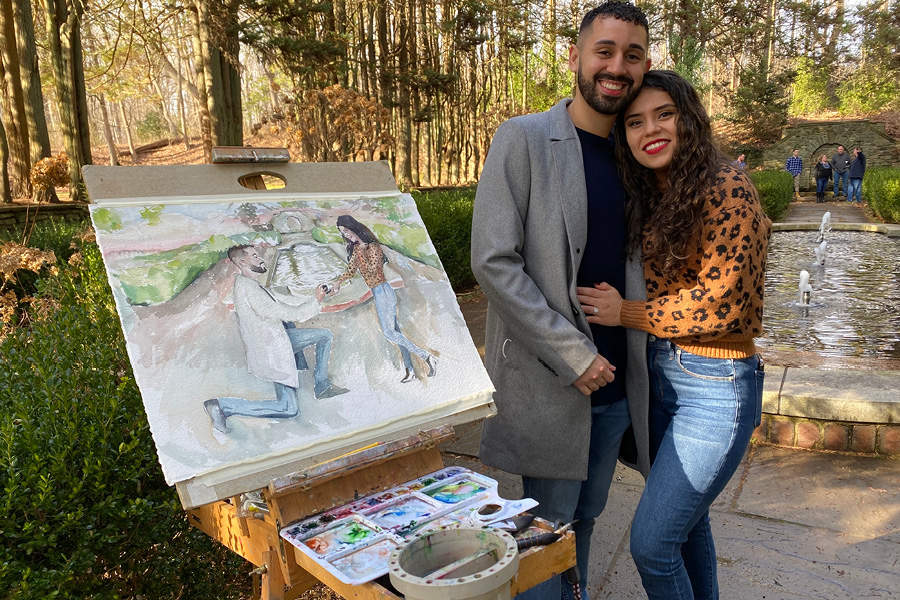 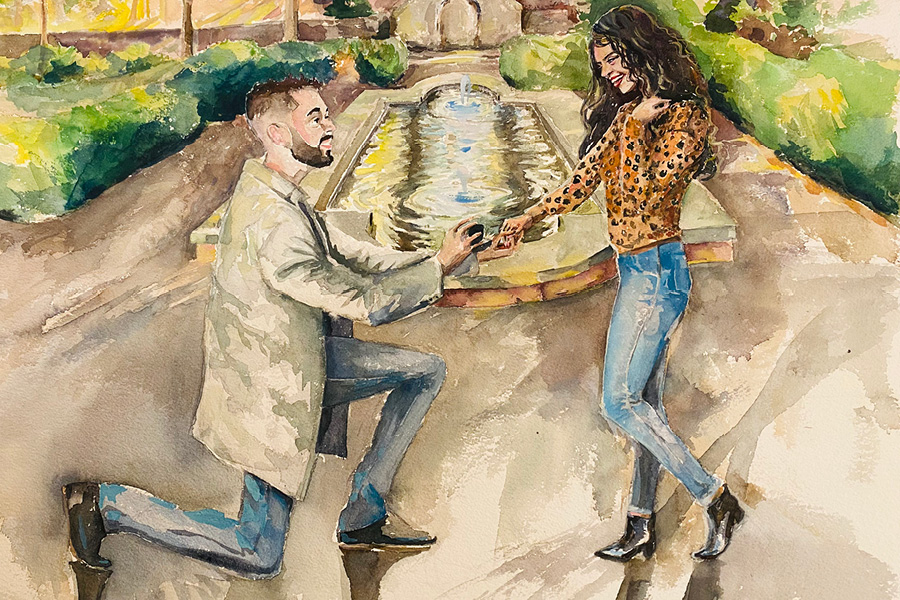 The couple: Marianella Orlando, 28, and Kevin Garcia, 27, both of Levittown

How they met: Marianella and Kevin met in June 2013 after she had moved back to Philly from Kutztown University. She had one more semester to finish in order to graduate in the fall, and it required a full-time internship. (She took one at Philadelphia magazine.) Kevin was a sophomore at Penn State. They had been around one another several times while with mutual friends, but one particular evening at a pal’s apartment was the clincher. Kevin saw Marianella dancing alone to a bachata song, “Corazón Sin Cara,” which translates to “heart without a face.” He asked her to dance.

They had a summer love but parted ways to focus on school. Two years later, they reconnected and began dating, which developed into a long-distance relationship after Marianella moved to Houston for her career. (She’s currently a content marketing manager for Orion Advisor Solutions.) They were together for five years before getting engaged.

The proposal idea: Kevin, a biological researcher at Teva Pharmaceuticals, says his proposal allowed him to show his creative side. He wanted to incorporate the things Marianella loves: a visit to NYC, painting, and time for the two of them. COVID prevented the NYC approach, so he began researching Philly artists. He found Andy Greenlee of Celebration Paintings, who specializes in live art. He also booked photographer Jays Vito and made reservations at Melting Pot (later changed to an outdoor table at Sampan after indoor dining was restricted). Then he scoped out locations at which Greenlee could discreetly paint the proposal. Kevin chose Ridley Creek State Park; he thought the fountain and greenery would be perfect. The date: December 13th. 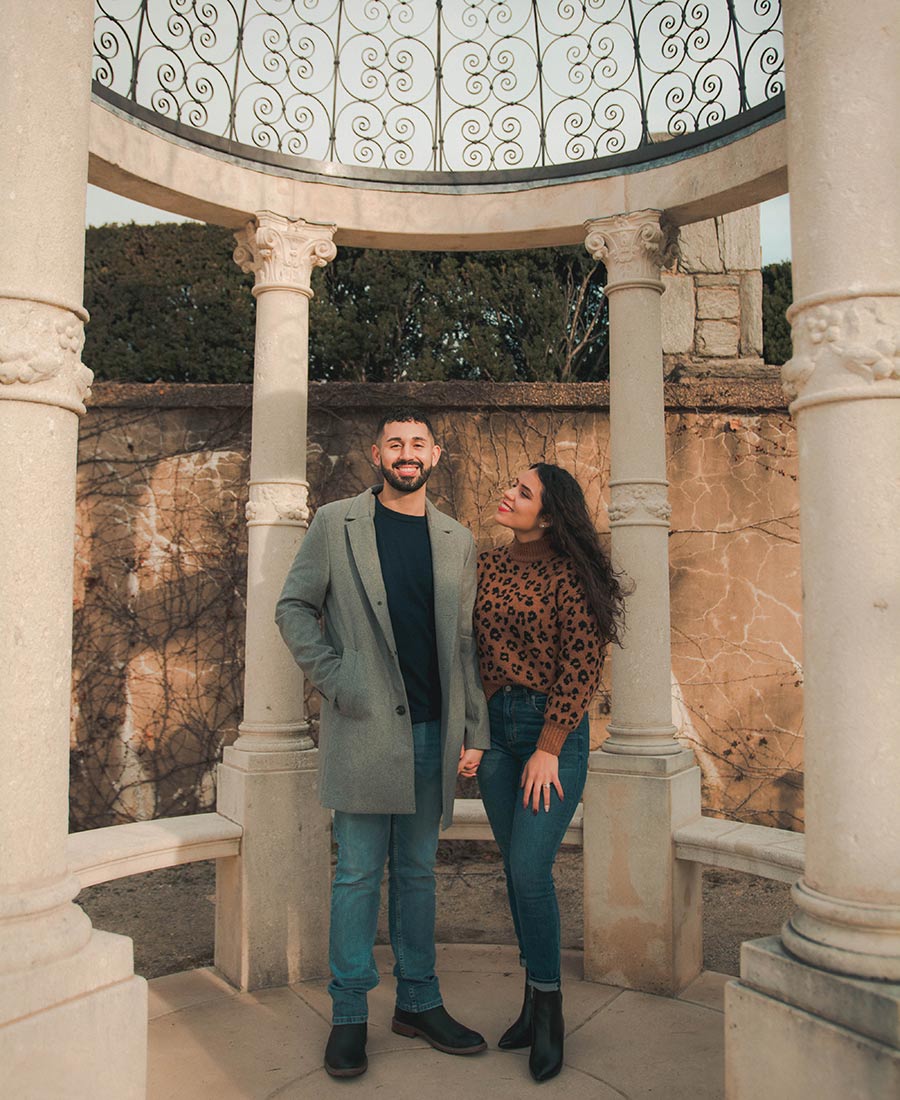 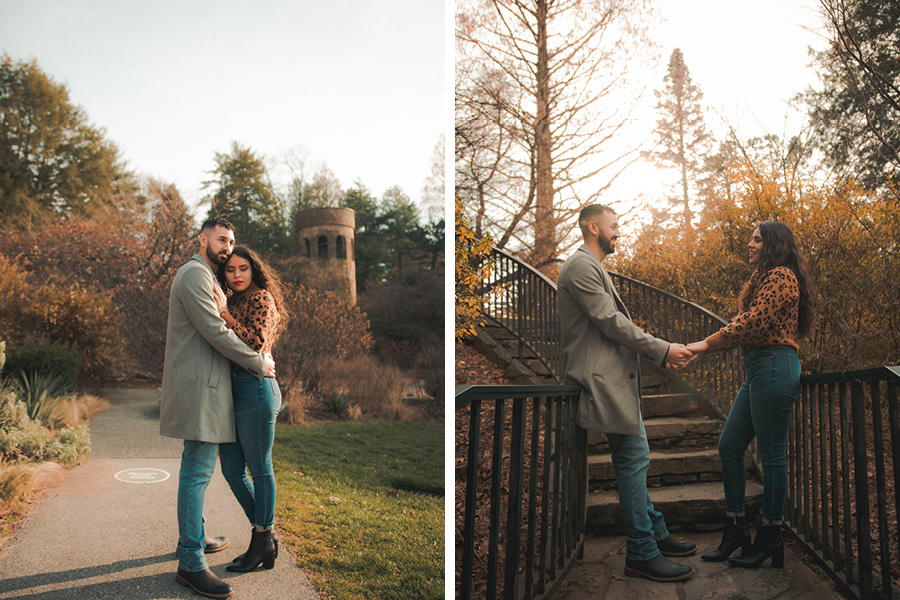 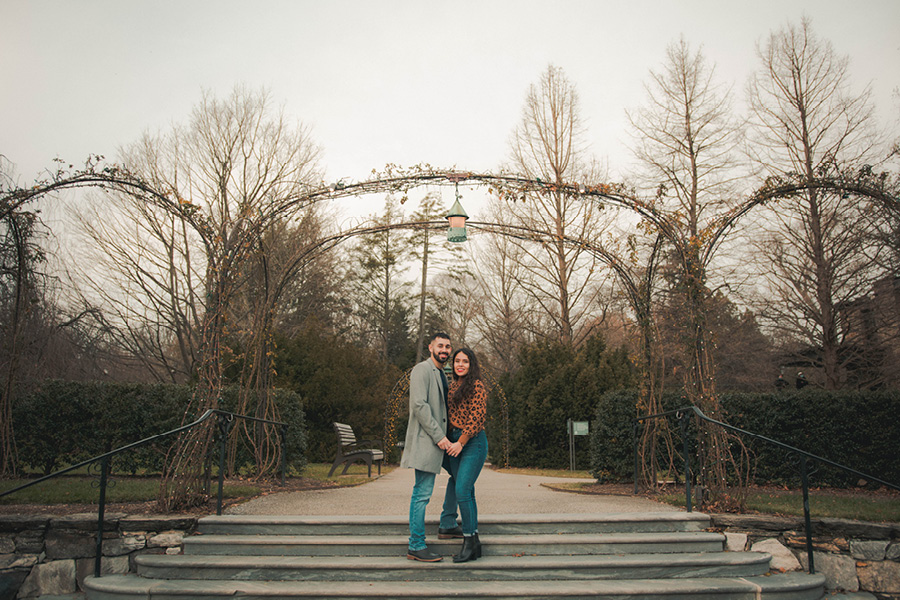 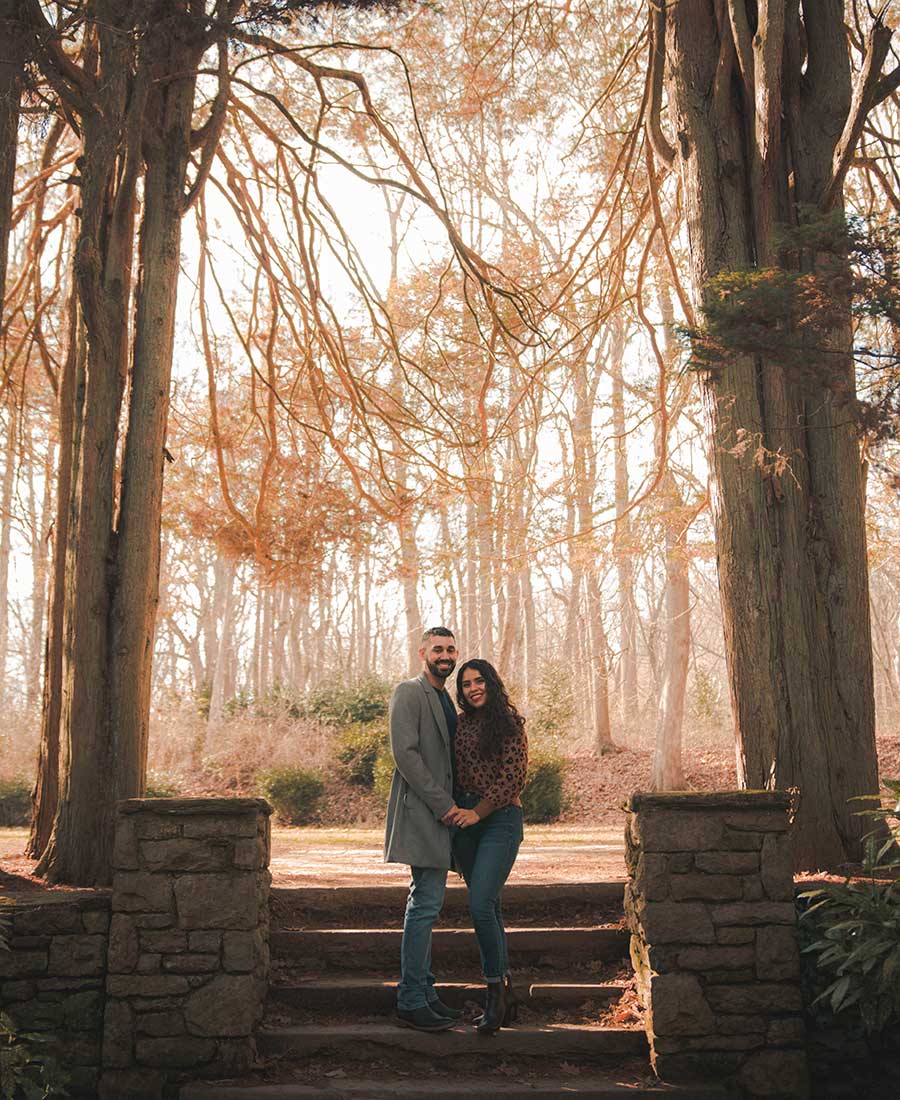 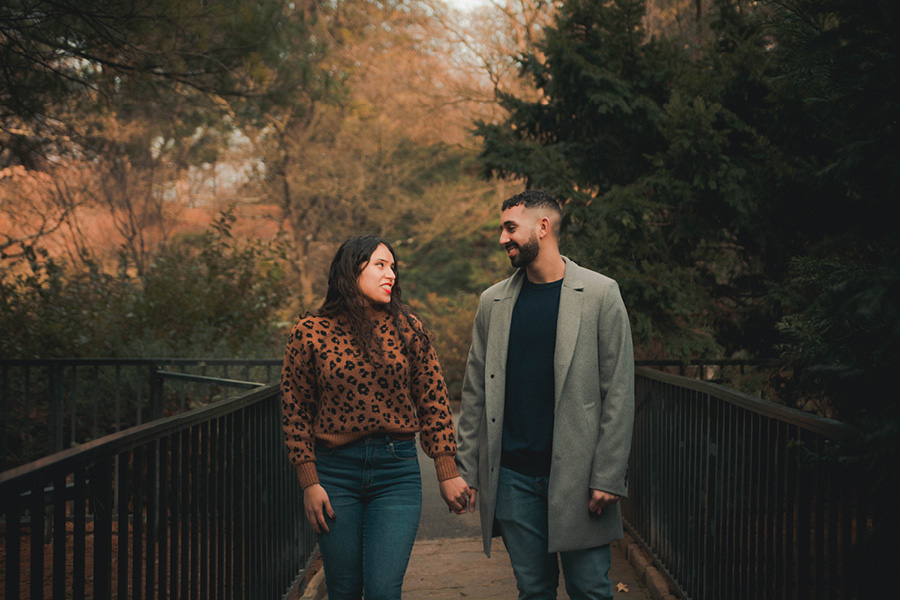 The day of: Before leaving for the park, Kevin made sure to take pictures of his and Marianella’s outfits to send to Greenlee, who was already set up to begin sketching the location and their clothing. The couple strolled through the park and wandered closer to the fountain, and Kevin subtly texted the photographer and painter to let them know they were on their way. There was a bit of a crowd, so Kevin stalled, but the weather was great, and there was no saying when the interlopers would leave. “It’s now or never,” Kevin thought. He told Marianella that he wanted to see what the painter was creating, so the couple meandered over. He asked Greenlee if he could see the painting and waited for Marianella to understand what was happening in the image. Then he got down on one knee.

Marianella’s reaction: Kevin had told her for weeks they were going on a surprise date, so she had no idea what was going on or if her outfit was suitable. When they arrived at the park, she saw a horse stable and panicked because she wasn’t dressed appropriately for riding. Then she saw people walking around the park in athleisure. “I felt like a complete fool in a dressy outfit for a morning of hiking,” she says. Throughout the date, Kevin seemed a little flustered, but she didn’t think much of it, even after he suggested they check out the painting. Marianella thought it was coincidental that the painter had selected her and Kevin as the subjects. Then she realized what the painting depicted. “I couldn’t believe it,” she says. “It was the most romantic and kindest gesture.” 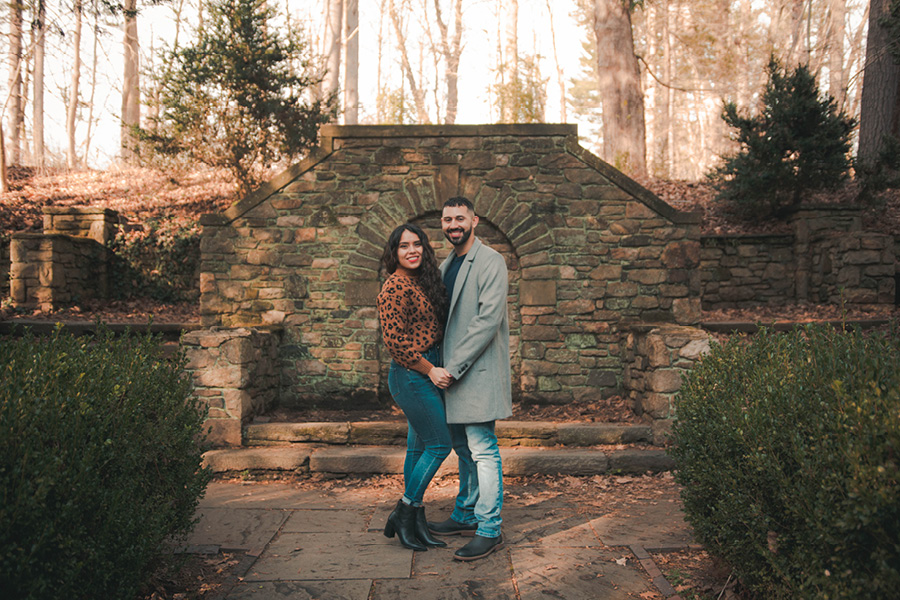 The post-proposal festivities: Afterward, Marianella, Kevin and Vito went to Longwood Gardens to take engagement pictures. “It worked out perfectly that it was a very sunny day,” says Kevin. The couple followed that up with their celebratory dinner.

The wedding plans: The duo has set the date for Sunday, May 15, 2022, at the Ballroom at Ellis Preserve.