Yep, this guy actually flew to France for one night just to pop the question. 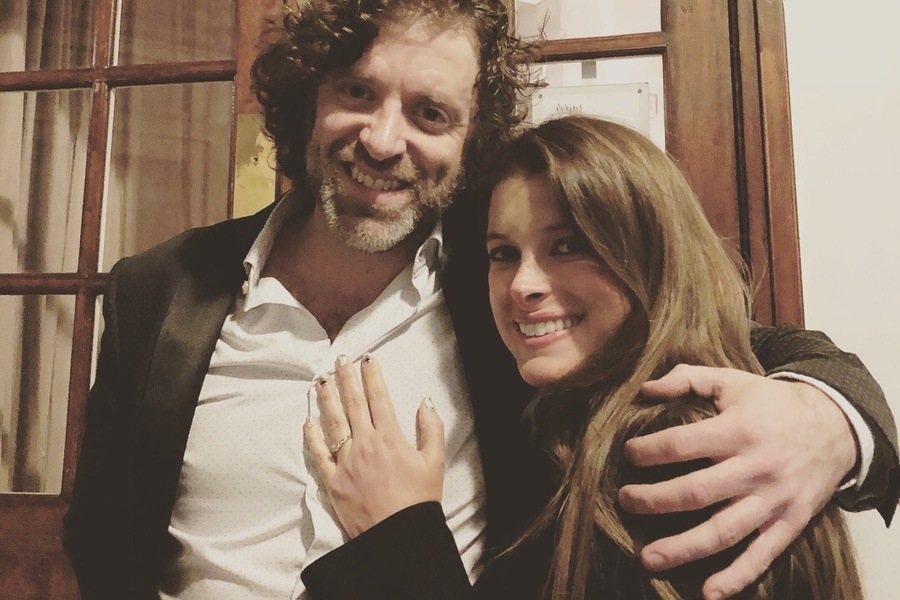 Ordinarily, we keep things pretty Philadelphia around here. (This is Philadelphia Wedding, after all.) Our favorite marriage proposals happen in Rittenhouse Square, Citizens Bank Park, and sometimes even involve an amazing Gritty cake. But after seeing the lengths Center City video producer Jefferson Waful, 43, went to for his Paris proposal to Brooke Everett, 37, we had to make an exception.

RELATED: How to Get Your Proposal Story Published on This Blog

Jefferson and Brooke had been running in overlapping friend circles for over a decade, before finally letting things take a turn for the romantic at The Dolphin on the day he moved from Brooklyn to Philly for a new job back in 2016. Two years later, they were living together, had already talked about getting married, and Brooke had picked out a ring. As Brooke tells it, Jefferson soon asked, “Where’s the surprise in that, if you already know what you’re getting?”

Her response: “The when and where are up to you.”

Jefferson first started thinking Paris might be the “when and where” one December night at Parc. Brooke was telling the waitress about her upcoming April trip to the city with her good friend Whitney Standish. (The trip had been planned long before the couple had even started dating.)

“Maybe your best friend will propose to you in Paris,” Jefferson, who had yet to go on an international trip with his girlfriend, joked under his breath.

But neither Brooke nor the waitress heard him, and he started to think that, although kinda crazy, the idea wasn’t half bad.

Fast-forward to April. Brooke and Whitney are buying chocolates and strolling Parisian streets. Brooke texts Jefferson a photo of some extremely romantic graffiti. (Only in Paris, right?)

English translation: My heart is yours.

That was it. That was the sign he needed.

Jefferson, who’d been half-heartedly monitoring (the outrageous) prices of flights the past few months, finally checked his airline miles. If he pretty much cleared out his account, he’d have enough for a first class one-night trip to Paris, leaving two days later. 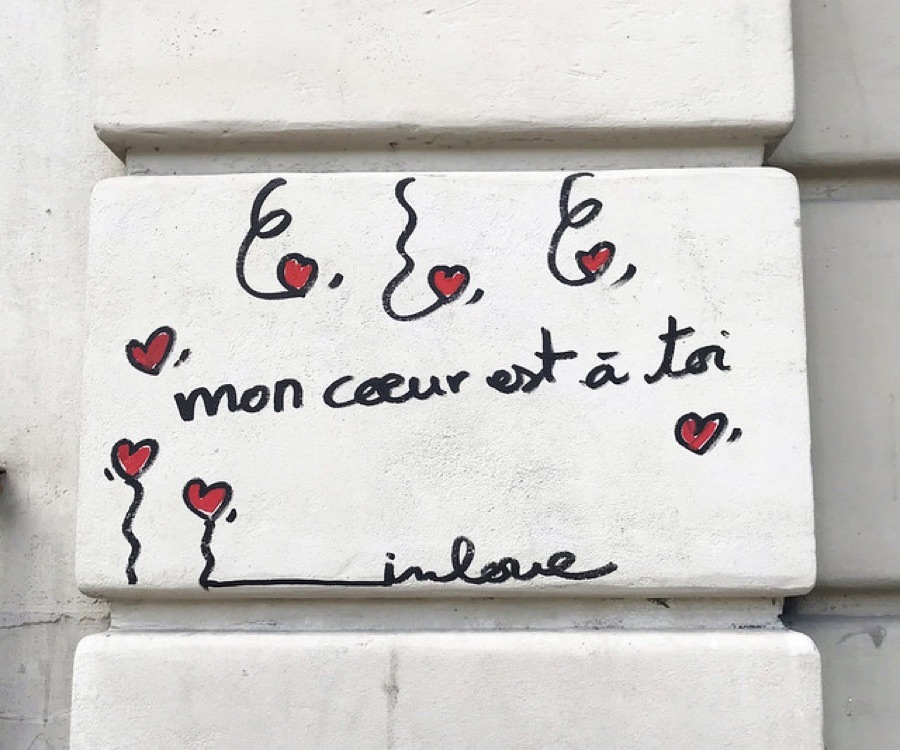 Extra-conscious of not wanting to intrude on Brooke’s moment (we’ve seen how the Internet feels about that), he DM’ed Whitney with a plan. He’d booked a room at Les Bains, the hotel across the street from their AirBnb, for one night only, which was the second to last night of their trip. He asked her to snag reservations at Verjus, a restaurant Brooke wanted to try, and Whitney happily agreed.

Shortly after the women sat down to their 7 p.m. reservation, Whitney excused herself to the restroom. And shortly after that, Brooke felt a hand on her back. It was Jefferson, who promptly dropped to one knee and did what he flew 3,705 miles to do. 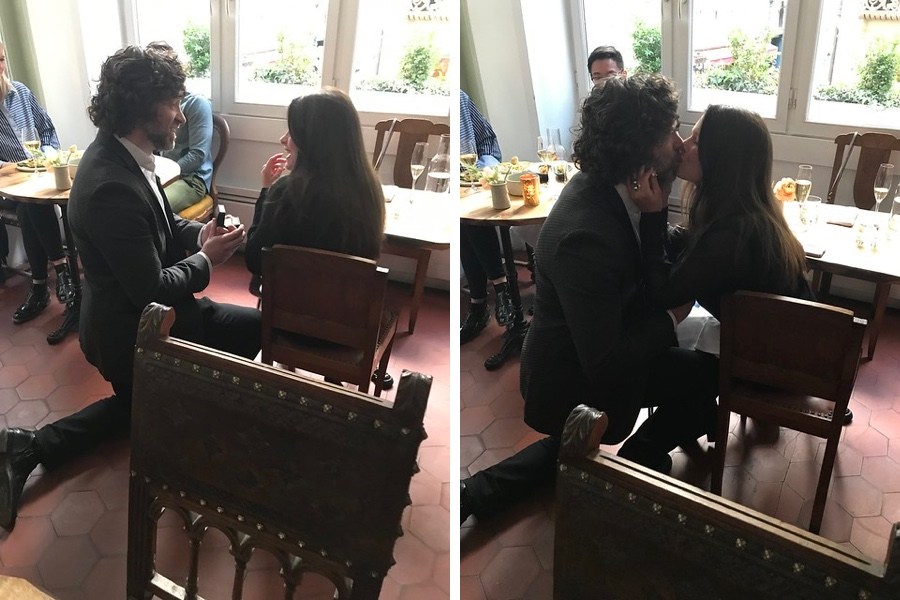 “He proposed in French—Veux-tu m’épouser?—so I responded in French with ‘Mais oui,’ which means ‘Of course,’” remembers Brooke.  “He wasn’t ready for a response in French and thought I said ‘Maybe,’ which he kept repeating back to me as ‘Maybe?!?’”

Whitney, good friend—and wing woman!—that she is, slyly dipped out for a solo steak dinner at Les Bains, while Jefferson slipped into her vacated seat. The newly engaged couple had a night to celebrate together, and Jefferson—true to his word about not wanting to impede on female bonding time—flew out the next morning.

Brooke and Whitney has one more day left in Paris together, and they passed the hours with a bike tour of Versailles.

“I was swoony, delirious, and still in shock all day,” she says.

All in all, this Paris proposal story is one of the more epic proposal stories we’ve encountered, but you know what’s even better? Jefferson produced a video about the whole thing. From the hilarious well-wishes from their friends to Jefferson nervously hiding his face as he tries not to run into Brooke and Whitney ahead of the big surprise, the whole thing is pretty damn enjoyable—and, according to Jefferson, a trailer for a longer film the couple will share at their Center City wedding this fall.

Check out the video below!