Plus: Attorney General Josh Shapiro has threats of his own for the federal government, and Citizens Bank Park is opening back up to the public … for concerts. 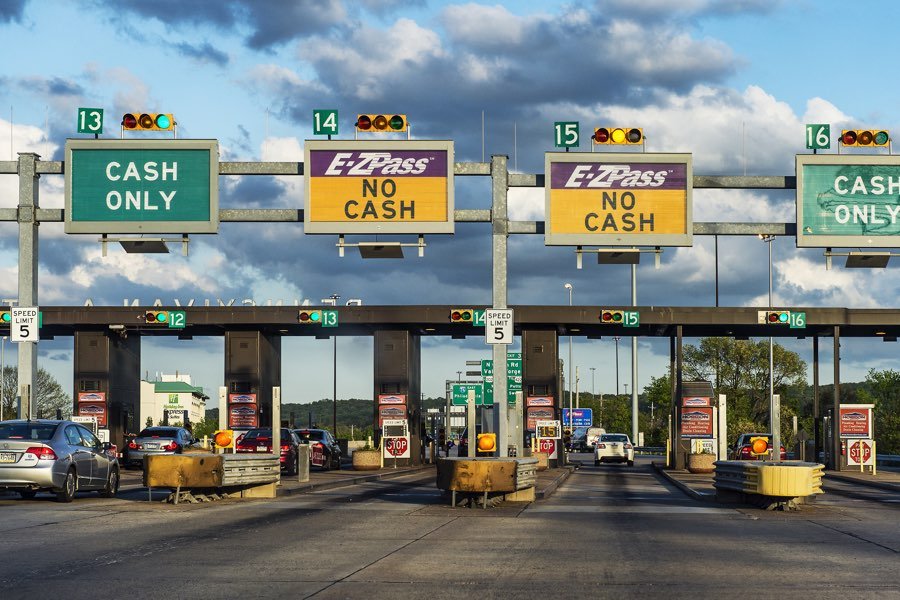 Pa. Turnpike tolls are getting much more expensive for some drivers starting in January. (Photo by John Greim/LightRocket via Getty Images)

The Turnpike Ups Its Toll Rates — By Forty-Five Percent

It’s an annual tradition: The Pennsylvania Turnpike Commission gets together and decides to hike the driving rates. Everyone gets mad for about five minutes, and then we all forget about it until next year.

This is because usually the price hike is only enough to trigger modest indignation — something around the neighborhood of six percent, as in the past few years. But this is no regular year. And the Turnpike has responded in kind by raising some of its toll rates to truly off-the-chart levels. While the rate for E-ZPass users will increase just six percent starting in 2021, the Commission announced on Tuesday that anyone without the fast-lane system is set to face — we hope you’re sitting down — a 45 percent increase.

This is what was previously known as the cash rate, although cash is no longer accepted on the Turnpike. (A strange decision, considering many cities, including Philly, are now pushing back against the notion of a cashless society on the grounds that it’s inequitable.) The Turnpike had been planning to kill cash since 2019, but the pandemic accelerated the timeline. Now, you can either drive through a toll booth with E-ZPass (as 86 percent of Turnpike customers do, according to the Commission) or wait to have your license plate photographed, and then receive a bill in the mail. Of course there was also another important consequence of the Turnpike’s cashless decision: Some 500 toll booth operators lost their jobs.

So why is the rate for non-E-Zpass users so damn high? From the press release: “The new toll-by-plate rate reflects the higher costs the Commission incurs to process the toll and collect payment.” It goes on, suggesting a subsidy of sorts: “This balanced approach allows us to maintain a lower rate for those choosing a payment method that is less costly to manage, while those who choose a pricier payment option absorb those costs.”

Let’s unpack this for just a second. For one, the cash rate has always been higher than the E-ZPass rate, so that can’t really explain the sudden 45 percent increase. Plus, the Turnpike’s reference to the “higher costs” of non-E-ZPass actually makes it sound like the cashless method is more expensive to administer than the human one. Isn’t the whole point of automation that it’s supposed to cut costs and add convenience?

Setting aside the question of cost, it’s plainly clear, at the very least, that this new system is less convenient. Fishing for change in your pockets may be annoying, but at least you get it out of the way then and there. So in the end, what we’re left with is: a less convenient system, one that is apparently quite expensive to administer, and one that has put 500 people out of work for seemingly no good reason.

Look, we’re generally inclined to cut the Turnpike some slack here, considering their financial situation is the stuff of accountants’ nightmares, largely through no fault of their own. (The state legislature has essentially forced the Turnpike into billions of dollars of debt, by mandating that they fund transit systems, including SEPTA, across the state.) But this latest decision doesn’t seem to make much sense on its face.

Josh Shapiro Has Threats of His Own for the Trump Administration

Yesterday, we told you about Larry Krasner’s threat to Donald Trump: Bring federal law enforcement officers to Philly and the D.A.’s office will have no reservations charging them.

Well, today we must report that state Attorney General Josh Shapiro struck a posturing stance of his own toward the Trump admin — this time toward Education Secretary Betsy DeVos. DeVos had previously indicated that she might withhold federal dollars from any public school system that did not return to full-time, in-person teaching this fall, as part of the Trump administration’s completely deluded quest to force life back into the bottle of normalcy and pretend the coronavirus out of existence.

The most recent line from the administration is that most kids who contract the virus don’t get as sick as adults, and that many other countries across the world are reopening schools in person in the fall. What this ignores is the fact that the places reopening their schools — like Germany, South Korea and France — aren’t currently in the midst of a widespread outbreak anymore. Those countries all have new daily infection rates of less than one case per 100,000 people. In some parts of the United States, the daily rate remains as high as 80 new cases per 100,000 people. And just because kids don’t often get fatally ill from the virus doesn’t mean they can’t spread it to others; one study from South Korea recently found that children ages 10 and up still can quite successfully pass the virus to others.

Which is exactly why schools districts across the country are starting to backtrack from in-person teaching this fall. Baltimore just announced its schools would go all remote this fall. New Jersey gave parents the ability to opt out.The Philly School District is currently planning to have most students attend in-person classes twice per week. We wouldn’t be surprised if they changed course soon, too.

If they do, Shaprio says he will have their back. “Secretary DeVos has indicated that she may attempt to unilaterally stop Congressionally appropriated funds from flowing to certain districts and schools in violation of the law. If that happens, in a way that impacts the Commonwealth, I’ll take all appropriate actions,” he said in a statement.

Fans Can Finally Return to Citizens Bank … For Concerts

So it’s a little unclear what’s going on with regard to attendance at sporting events in Philadelphia. Health Commissioner Tom Farley recently said that he didn’t want fans at any Eagles or Phillies games this season. Then, the city backtracked a bit, suggesting that if the virus trends improve, maybe it would be possible for in-person sports attendance.

The Phillies begin their season on July 24th, and for now, there will be no fans in the stadium this season — save for cardboard cutouts (and the Phanatic).

But if, for whatever reason, you are absolutely overcome by the urge to get off of your couch and go sit somewhere else for an extended period of time, we have some good news for you: Concert promoter Live Nation recently announced it is teaming up with the Phillies to put on a series of concerts at the ballpark. Notice we didn’t say in the ballpark. That’s because they’re drive-in concerts. So, no, you can’t actually sit in Citizens Bank Park’s uncomfortable plastic seats. But you can pull up in your vehicle, get a view of the performers from the big-screen in the parking lot and take in the sounds from the FM radio simulcast. The shows start August 16th and performers include comedian Bert Kreischer and pop-punk group the Front Bottoms. Here’s the full list.

Fox 29 is embracing the Trump personality cult? Color me shocked.