Why Fate of SEPTA’s Big Plans Depends on Outcome of Pa. Turnpike Lawsuit

The suit against the Turnpike Commission has already led to $63 million in cuts for SEPTA this fiscal year. You may want to put your dreams of new trolleys and updated subway cars on hold. 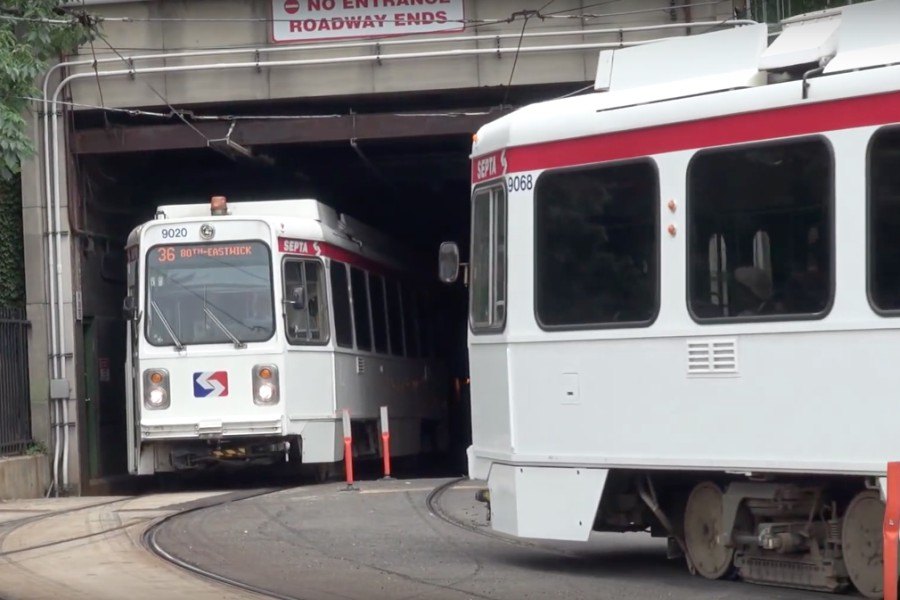 An ongoing lawsuit against the Pennsylvania Turnpike Commission is threatening to derail some of SEPTA’s most ambitious infrastructure projects, including the $1 billion upgrade to the city trolley system and renovations of the City Hall station.

What does the Pennsylvania Turnpike have to do with SEPTA, you might be wondering?

In 2007, the state legislature passed a law called Act 44, which began diverting Turnpike revenue to help fund other transportation projects across the state. That law was then amended in 2013 to allocate more of the money toward transit improvements — much to SEPTA’s delight.

SEPTA’s been one of the biggest beneficiaries of this wave of funding — receiving some 75 percent of the Turnpike’s payments to PennDOT, according to the Inquirer. In fiscal year 2011, the agency’s capital budget — used for things like infrastructure investments and new construction — totaled $303 million. By fiscal year 2018, that figure soared to $727 million — of which some $350 million came from the state, including those Turnpike funds.

That new revenue stream is why SEPTA’s been able to embark upon ambitious projects like trolley modernization and the proposed fancy City Hall concourse.

But the very same funding is at the heart of the civil suit against the Turnpike. The lawsuit, which was first filed in March 2018 by multiple plaintiffs including a trucking advocacy group, alleges the Turnpike’s tolls are unfairly high because they’re being used fund to all sorts of projects that are completely unrelated to Turnpike upkeep and investment.

Frank Botta, a Pittsburgh attorney and former president of the Transportation Lawyers Association, said SEPTA and Turnpike officials have reason to be worried. “Infringement on interstate commerce and violation of Fourteenth Amendment,” Botta said, “are some pretty serious legal issues before the court.”

The Turnpike Commission, perhaps signaling its worry over the pending litigation, hasn’t made any payments to PennDOT (and therefore SEPTA) during this fiscal year. That’s meant a $63 million hit to SEPTA’s capital budget — and has led the agency to pause its planning for a host of projects, including those new trolleys.

Lawsuits over state turnpike tolling practices aren’t entirely without precedent. In 2016, the American Trucking Association sued the New York State Turnpike, alleging that it wasn’t allowed to use tolling revenues on unrelated maintenance of canals. In something of an ominous sign for the PA Turnpike, that suit was actually decided in favor of the ATA — until New York State lawyers realized they’d missed an obscure 1991 federal law that allowed them to use toll revenue for canals.

So it was a happy ending for the NY Turnpike. The ATA, meanwhile, has filed a separate lawsuit against Rhode Island’s tolling practices, which is currently ongoing.

That federal law from the New York case may be the saving grace for the Turnpike, according to Fred Kessler, a Los Angeles-based attorney who works on transportation and tolling issues. Kessler said he could make a strong argument that the federal law shows Congress has allowed for extra toll revenue to be used for other transportation projects. “Who knows what a court would ultimately do,” he said. “But that seems to me pretty good defense.”

Perhaps most concerning about the legal quagmire, from SEPTA’s standpoint, is the fact that the case could continue for years until it finally concludes. Currently, Turnpike lawyers have filed a motion to dismiss the suit — but Botta said that no matter what decision the judge makes, the challenge isn’t going anywhere. “This case is going to go all the way up to Third Circuit Court of Appeals,” he said. “This isn’t something that’s going to happen overnight. It’s going to take several years.”

Could that mean a years-long pause in funding for SEPTA’s most enterprising projects?

SEPTA spokesperson Andrew Busch suggested that if the initial verdict is rendered in favor of the Turnpike, then the money spigot would turn back on. But when asked what would happen if the case were to be appealed, Busch said, “That’s something the Turnpike and board would have to consider at that time.”

A verdict against the Turnpike could be devastating for SEPTA’s future vision. “We’d be down to a very core maintenance program if we were looking at having $250 million taken away from our annual capital budget,” Busch said. “We certainly don’t want to be back to that kind of a situation.”