A newly revealed plan has us optimistic that trolleys (yes, trolleys!) could become the city’s most modern form of public transit. 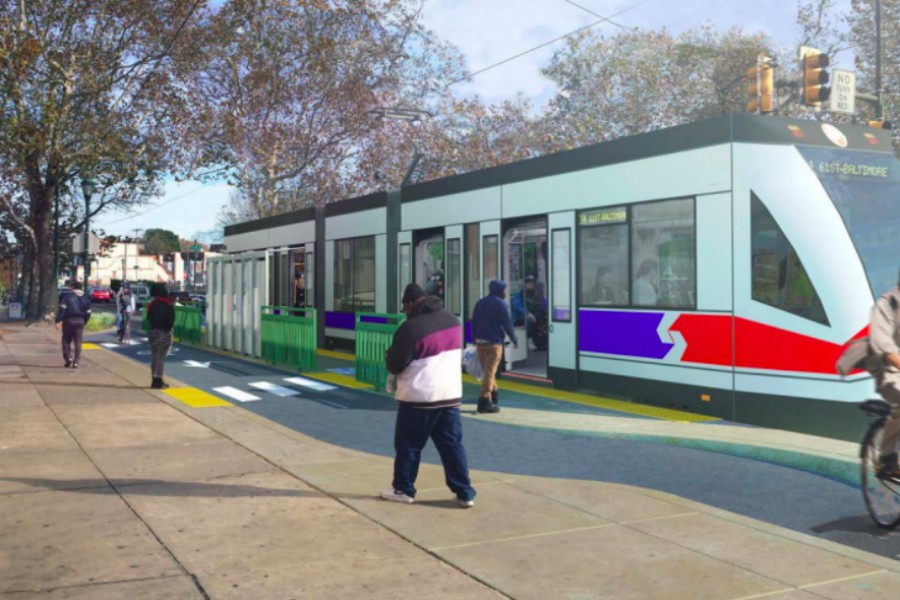 Some good news for your Friday: A major upgrade is in the works for Philly trolleys.

The Delaware Valley Regional Planning Commission has released plans for a billion-dollar revamping of Philly trolleys, designed to improve passengers’ experiences boarding, riding and exiting the trolley, as well as living and biking near their stations.

The organization touts the proposal as a “once in a generation” modernization that will transform the city’s six trolley lines (SEPTA routes 10, 11, 13, 15, 34 and 36) into a “state-of-the-art light rail system.”

Per DVRPC, changes will include:

According to the DVRPC, the six trolley routes are among the most-used city transit lines, despite the fact that trolley ridership has taken a hit in recent years. An estimated 80,000 people use the trolleys on any given work day, and SEPTA’s network of streetcars remains one of the largest in the country.

The organization said SEPTA’s existing trolleys – Kawasaki Light Rail Vehicles from the 1980s – are “nearing the end of their useful life” and financially and mechanically burdening the transit system.

As opposed to the current bus-like trolley system, new vehicles (which haven’t yet been fully designed or commissioned) are expected to model streetcars or light rail. Some of the new stations will require curb extensions (typically on two-lane, two-way streets where trolleys run adjacent to parking lanes), as well as raised crosswalks. 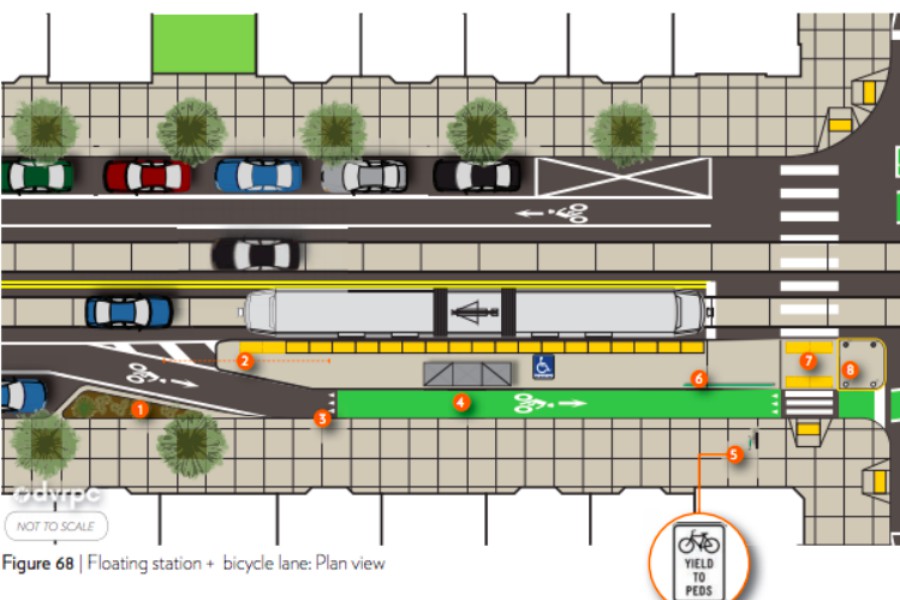 One of the potential designs for a raised platform station and protected bike lane. | Image via DVRPC

The agency’s proposal also includes multiple designs regarding interaction between trolley stations and cyclists. Safety strategies include implementing separated and raised bikes lanes that curve around station platforms instead of crossing between stations and trolleys, which increases the possibility of biker and pedestrian collisions.

Of course, those changes, as well as curb extensions and raised crosswalks, will require approval from City Council. The DVRPC hopes to introduce the new trolleys by 2024 – but that’s ambitious. First, the organization will have to secure funding (likely a significant chunk of which will come from federal grants) as well as support from community members and local officials.