The Pennsylvania Turnpike Is Pretty Much Screwed, Says State Watchdog

Tripling toll rates. Debt obligations. Mandated PennDOT payments. They’re all piling up past the point of no return, according to the state auditor general — and Philly might have to pay the price. 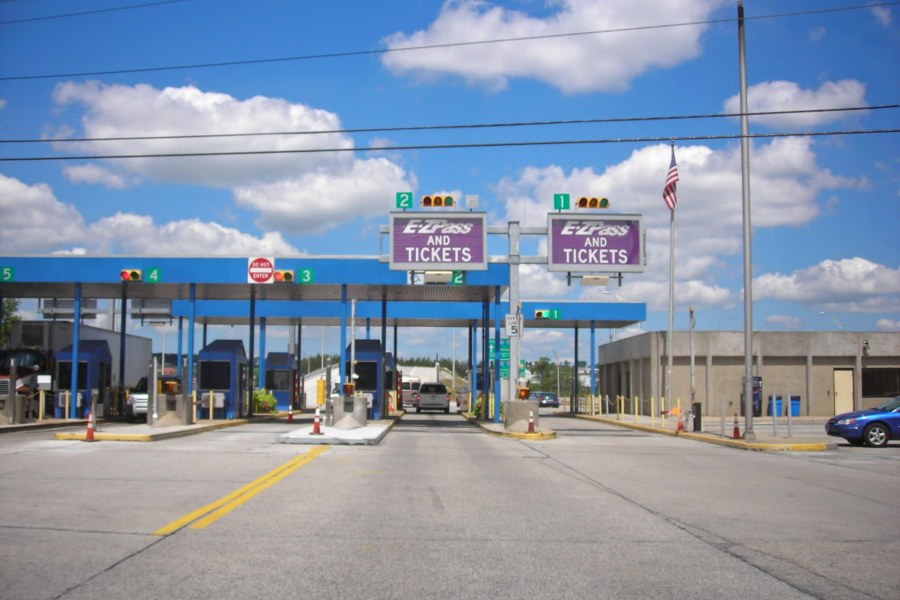 The toll booths at the Somerset interchange (exit 110) of the Pennsylvania Turnpike. | Photo by Doug Kerr via Creative Commons

Think turnpike tolls are expensive now? They’re expected to triple in under 30 years.

Why? Because the state Turnpike Commission is currently $11.8 billion in debt — and it’s been increasing tolls annually for more than a decade to help cover that continuously rising figure.

But despite the fact that the commission will soon charge an extra arm and leg to use its roads (don’t hold your breath waiting for some kind of affordable hyperloop), increased tolls aren’t going to save it from financial ruin. At least that’s what state auditor general Eugene DePasquale warned on Thursday when he called the commission an apparent one-time “cash cow” that “has been milked to the brink of collapse.”

DePasquale is projecting doom and gloom for a reason: To start, such drastic toll increases could deter drivers from using the turnpike — in fact, he said, stagnant traffic growth and a reduction in projected traffic may indicate that such a shift is already occurring. But regardless, he said, the commission is on an impending “road to ruin,” and increasing turnpike tolls just places a band-aid on a larger issue.

The auditor general argued this week the state needs to return to the beginning of the Turnpike Commission’s problems: 2007. That’s when state legislature passed Act 44, requiring the commission to pay hundreds of millions of dollars to PennDOT each year to cover transportation projects and services across the state (roughly half of which goes toward SEPTA, allowing for ambitious Philly-area projects like a billion-dollar trolley upgrade). Tolls have risen above the rate of inflation every year since those payments began, DePasquale noted.

“The Turnpike simply cannot continue to raise tolls to cover the legally mandated payments to PennDOT,” DePasquale said. “Hiking tolls year after year while hoping that E-ZPass users won’t notice is not a sustainable revenue plan, and it causes a financial hardship for motorists.”

All of this could be very, very bad for Philly. As we noted in February, debt resulting from mandated payments isn’t the only demon the Turnpike Commission is currently facing: It’s also implicated in an ongoing lawsuit filed by trucking advocates who say that turnpike tolls are already unfairly high precisely because toll revenue is being funneled toward projects that aren’t even related to the Turnpike. Likely because of the suit, the Turnpike Commission hasn’t made any payments to PennDOT this fiscal year, which means SEPTA has had $63 million less to work with in its capital budget, and some projects have been put on hold. (You can read more about the lawsuit and its potential effect on SEPTA right here.)

In a statement on Thursday, SEPTA said it “recognizes the urgent need for a stable, sustainable and dedicated source for funding public transportation,” calling the region “the economic engine of the Commonwealth.”

“This kind of economic productivity and density is not possible without a robust public transportation system,” SEPTA said. “We need to invest to make sure that we can continue to provide residents with efficient, affordable and reliable public transportation options throughout the region.”

DePasquale said state lawmakers need to take steps toward reducing the amount of money the commission must provide to PennDOT — and find other ways, outside of Act 44, to adequately fund transportation needs. It’s a point he’s pushed in previous audits, including in 2016.

During a press conference on Thursday, Mark Compton, CEO of the Pennsylvania Turnpike Commission, said the organization will “take all of these [findings] to heart, and we will heed [DePasquale’s] warning.”

Compton added that the commission’s financial situation “can’t be changed by us alone, we need help.”

Erin Waters-Trasatt, communications director for PennDOT, said the organization is “deeply concerned about the stability of transportation funding, including the current status regarding transit funding.”

She noted that PennDOT secretary Leslie S. Richards recently called on state lawmakers to work toward creating dedicated funding stream as the organization assesses “several capital improvements as well as studies and operational activities that will have to stop or slow down in the fiscal year beginning in July” without funding from the Turnpike Commission.

In the meantime, DePasquale recommended that the commission continue its efforts to collect fines for toll violations. The commission launched a toll scofflaw crackdown in 2016, after DePasquale found that $43.2 million in tolls and fees had gone uncollected the prior year. (For comparison, the commission had invoiced tolls and fees totaling more than $61 million between June 2015 and April 2016.) Because nearly 40 percent of fines owed are due from out-of-state motorists, the commission has worked toward setting up agreements with other states to help collect money — including, so far, with Delaware.