The Pennsylvania Turnpike Commission has awarded a $2 million contract for a feasibility study of the super-high-speed transportation technology. 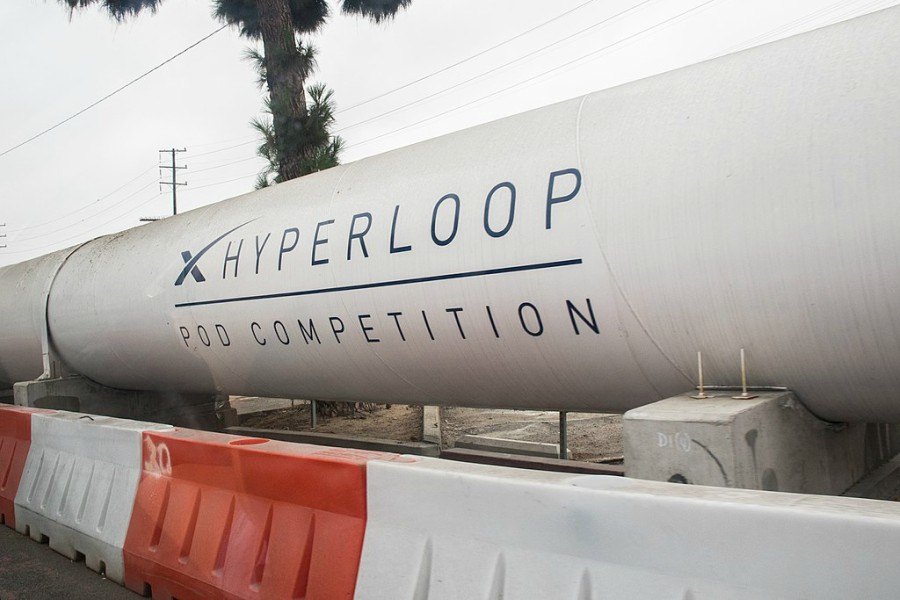 The hyperloop pod competition. | Photo by Okras via Wikimedia Commons

The drive between Philly and Pittsburgh isn’t as bland as, say, the drive from Philly to New York City or Albany. As you get closer to Pittsburgh, you can stare out the window at the Allegheny Mountains and the chiseled rock and road cuts. But the trip from city-to-city takes roughly five hours, and when you spend that time on a packed Greyhound or Megabus rather than in a comfy car, it feels more like 10 (especially with those pit stops in the middle of nowhere).

But if Elon Musk gets his way, the journey could get a whole lost faster (and look a whole lot different). Pennsylvania has begun reviewing the tech billionaire’s half-steampunk, half-sci-fi hyperloop concept through the lens of a potential connection between the Steel City and the City of Brotherly Love.

The Pennsylvania Turnpike Commission has awarded a $2 million contract for a feasibility study on a cross-state hyperloop tunnel. In case you’re new to the whole hyperloop thing, here’s an explainer: As Musk sees it, the so-called “5th Mode of Transportation” would rely on electric propulsion to move high-speed trains (we’re talking up to 670 mph) through low-pressure, underground tubes. The technology would theoretically cut transit time between Philly and Pittsburgh down to about 30 minutes.

Yes, it’s wild/futuristic, and there are a lot of people who say it’s just a pipe dream. But Musk swears by his vision. And the Pennsylvania House has bought into the possibility.

In September 2018, the House passed a resolution directing the PTC to conduct a study on a potential hyperloop connection between Pittsburgh and Philadelphia. The resolution also suggested the possibility of stops in Harrisburg, as well as a northeast extension that would operate between the capital and Wilkes-Barre/Scranton. Legislators wrote that hyperloop transportation “has the capability to move freight and people quickly, safely, on demand and direct from origin to destination at two to three times faster than highspeed rail and magnetic levitation trains and 10 to 15 times faster than traditional rail.”

“While it is understood that many engineering and regulatory hurdles must be addressed before the technology is ready for paying customers, the Commonwealth cannot stand idly by as surrounding states put resources toward making this hypothetical concept a reality,” the resolution read.

Per the legislation, the PTC will report the study’s findings on the potential impact that a hyperloop system would have on the state’s established rail (and aviation) systems. The study is expected to analyze geological, cost, and design factors, among other things.

As legislators noted in the resolution, transportation agencies in other states (like Ohio and Illinois) have also cosponsored hyperloop feasibility studies. Musk has also proposed a hyperloop system between New York City and Washington, D.C. (by way of Philly and Baltimore). The PTC contract was awarded to Aecom Technical Services Inc, which SpaceX hired in 2016 to build its Hyperloop test track next to its headquarters in Hawthorne, California.

To be sure, we’re still a very, very long way from a hyperloop connection between Philly and Pittsburgh — if it were to ever happen, anyway. So for now, enjoy those mountains.