Among them: The Kenney administration isn’t totally sold on the idea. And Amazon is threatening not to open a brick-and-mortar location here if the bill becomes law. 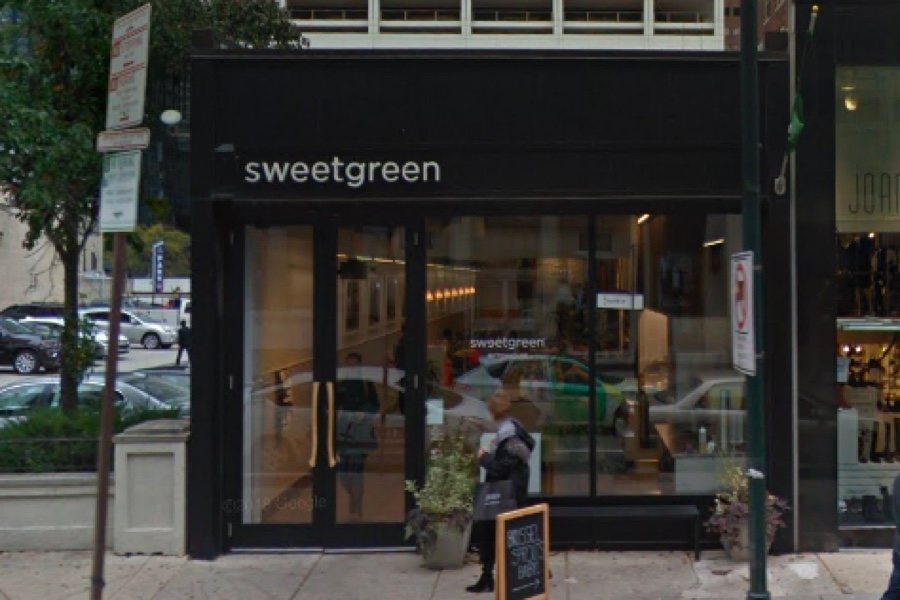 Sweetgreen’s Rittenhouse location, where you can buy many salads — but not if you use cash. Photo via Google Maps.

City Council pushed back against the specter of Silicon Valley digitization on Thursday, passing a bill that would force stores to accept cash as a form of payment.

The legislation, first introduced by Councilmember Bill Greenlee last year, was an equity initiative above all else: Nearly 6 percent of residents in the Philly metropolitan area have no bank account whatsoever. Another 22 percent are “underbanked,” meaning they may have a bank account somewhere, but largely operate outside of traditional financial institutions. For both groups, which skew heavily toward minority and immigrant populations, it can be near impossible to frequent a store that refuses cash. “When you start separating people, even if it’s not intentional, for basic services,” Greenlee said at a recent hearing for his bill, “in my opinion, that’s discrimination.”

Council ended up passing the bill by a count of 12 votes to 4. Here are four things to know about the legislation.

The bill is part of a burgeoning nationwide trend

Philadelphia City Council isn’t the only legislative body to take up protecting cash users recently. Earlier this month, New Jersey legislators passed a similar bill. Lawmakers in New York and D.C. have explored the subject as well. Even the tech haven that is San Francisco has gotten in on the action. Massachusetts, meanwhile, has had a statewide cashless ban since 1978.

Philadelphia — much like it was with the soda tax, as the first major city to enact such legislation — could be positioned to take the lead when it comes to municipal-level bans. The New York and D.C. proposals are still just that: proposals. And when Chicago sought to ban cashless stores, the city failed.

The ban would immediately affect around 10 Philly retailers

There’s a mix of local and national establishments that currently don’t accept cash as a form of payment. Many of the local shops are concentrated on Penn’s campus at the Franklin’s Table Food Hall. DK Sushi, High Street Provisions, KQ Burger, and Goldie all operate cash-free at that location.

National chains like Sweetgreen, Bluestone Lane Coffee, and Drybar also operate cash free, according to a list compiled by the city’s Department of Commerce.

None of those stores provided comment on Greenlee’s bill as of press time.

Enforcement of the bill could remain something of an open question. While the bill allows the city to fine offenders up to $2,000, theoretically, larger chains could just flout the law and eat the fine — akin to how delivery couriers like UPS and FedEx operate around parking restrictions. “If that comes up we’ll have to take a look at it,” Greenlee said Friday morning. “But I don’t foresee it.”

Deputy communications director Mike Dunn said on Thursday that the Kenney administration was sympathetic to the large population of unbanked and underbanked Philadelphians, but also expressed concern that the bill might hamper innovation in the retail sector. “Even beyond this immediate discussion, we’re going to continue to review the subject over the next several years,” Dunn said.

Concilmember Greenlee isn’t opposed to the notion of reviewing the subject, either. The bill, he said, is less about attacking cash and more about making sure all consumers have the opportunity to patronize the same establishments. If everyone ends up with a credit or debit card in the future, then the bill can be replaced, Greenlee said. But he doesn’t think that day’s coming any time soon.

If the bill does get signed, we might lose Amazon — again

What’s the deal with Amazon these days? Pulling out of HQ2 in New York City and acting like a jilted lover because the city didn’t welcome them warmly enough — as if $3 billion of subsidies weren’t enough. And now, in the wake of the passage of Greenlee’s bill, the company’s apparently threatening that it won’t consider Philly as a prospective location for a physical Amazon Go store.

“Threats bother me,” Greenlee said on Friday morning. But he’s not losing sleep over a future in which there’s no Amazon Go store in Philly: “We’ve got to worry about the people who are here.”