Plus: City of Philadelphia managing director Brian Abernathy says a Black person should replace him. And if you were hoping to go to an Eagles game this fall, you’re officially out of luck. 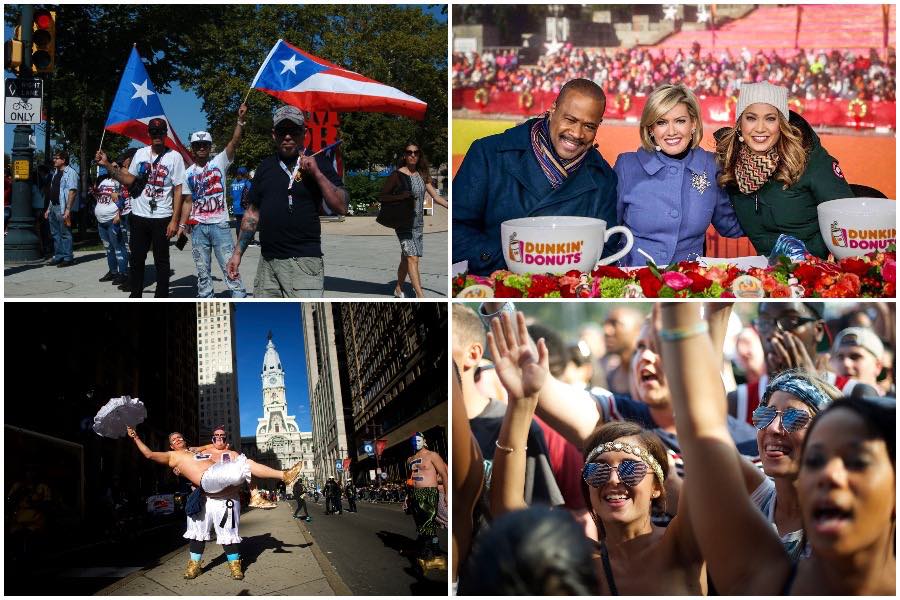 City Cancels All Big Philadelphia Events Through the End of February

While droves of delirious tourists are pouring into Disney World (yes, in case you didn’t hear, the dumbass state that has more coronavirus cases than do most countries in the world has allowed Disney World to reopen), the scene couldn’t look more different here in Philadelphia. And it will remain that way for quite a long time.

Four months into the coronavirus shutdown in Philadelphia, Mayor Jim Kenney has announced a moratorium on all large events in public spaces … through February 28th. Yes, February 28th.

The city has canceled many events that had been in the works. And officials will not accept any new applications for event permits.

“We all know that Philadelphia has built up a reputation for hosting spectacular events of all sizes from neighborhood block parties and cultural festivals to the DNC and NFL Draft, amongst many others,” Kenney said on Tuesday. “However, due to the ongoing public health crisis, the event landscape in our city is going to look very different for the foreseeable future.”

The moratorium applies to any public gatherings of 50 people or more in public spaces.

I asked the mayor’s office to provide me with a list of all already scheduled events that have been canceled due to the moratorium. Below, the list they provided. Note that this list does not include events whose organizers had not already begun the permitting process with the city. It also does not include block parties.

In some cases, events on this list such as the Rittenhouse Row Festival and the South 9th Street Italian Market Festival had already been postponed for months due to the coronavirus. Now, they won’t happen at all.

In other cases, as with the Mummers Parade and the Thanksgiving Day Parade, the television stations that broadcast those events have plans in the works for virtual versions.

So, I guess we’ll see you in March. Just in time for the St. Patrick’s Day Parade. Ugh.

No Fans in the Seats for Phillies and Eagles Games

There was initially some confusion over Tuesday’s moratorium announcement, because the information provided by the city seemed to allow an exception for events in stadiums.

That wouldn’t really make so much sense, because how are you going to cancel the Pulaski Day Parade, which doesn’t exactly draw huge crowds, while allowing tens of thousands of fans to fill a stadium for an Eagles of Phillies game? But, this being Philadelphia, anything is possible.

However, after the information was originally released, city officials clarified their stance on fans in stadiums: While the Phillies and Eagles are permitted to play games in their respective stadiums, crowds will not be allowed.

Philadelphia health commissioner Thomas Farley was then asked if fans would be able to return to stadiums in 2021 — yes, meaning the 2021-2022 season — and he wouldn’t commit. “It’s too far out to speculate now,” he said.

Way back in April, I spoke with University of Pennsylvania public health expert Zeke Emmanuel about the prospect of fans attending Eagles games in the fall. “It would be the perfect petri plate,” he told me.

On Tuesday, I told you that the word on the street was that Brian Abernathy, the city’s managing director a.k.a. Jim Kenney’s second in command, was expected to resign, in part because the mass protests in Philly in May and June showed him how “out of touch” he was.

That word turned out to be true. Abernathy made it official on Tuesday afternoon. His last day is expected to be September 4th.

As for who his successor might be, Abernathy has some opinions on that.

“Frankly, I hope the next managing director is an African American, and maybe even an African American woman,” he told the press. “Because I think it is important for this city to really turn the corner. We have deep racial divides here. I am painfully aware of that. I am also painfully aware that I can’t put myself in the shoes of some of the folks I serve because I’ve been born with privileges that are, frankly, unfair.”

When asked if he would commit to hiring a Black person to replace Abernathy, Mayor Kenney told reporters that the city would “hire the best person available.”

“That’s what we did with the police commissioner, and she happened to be an African American female,” said Kenney.