The chain’s fourth location is now open, serving their hand-spun milkshakes from a takeout window on 10th Street. 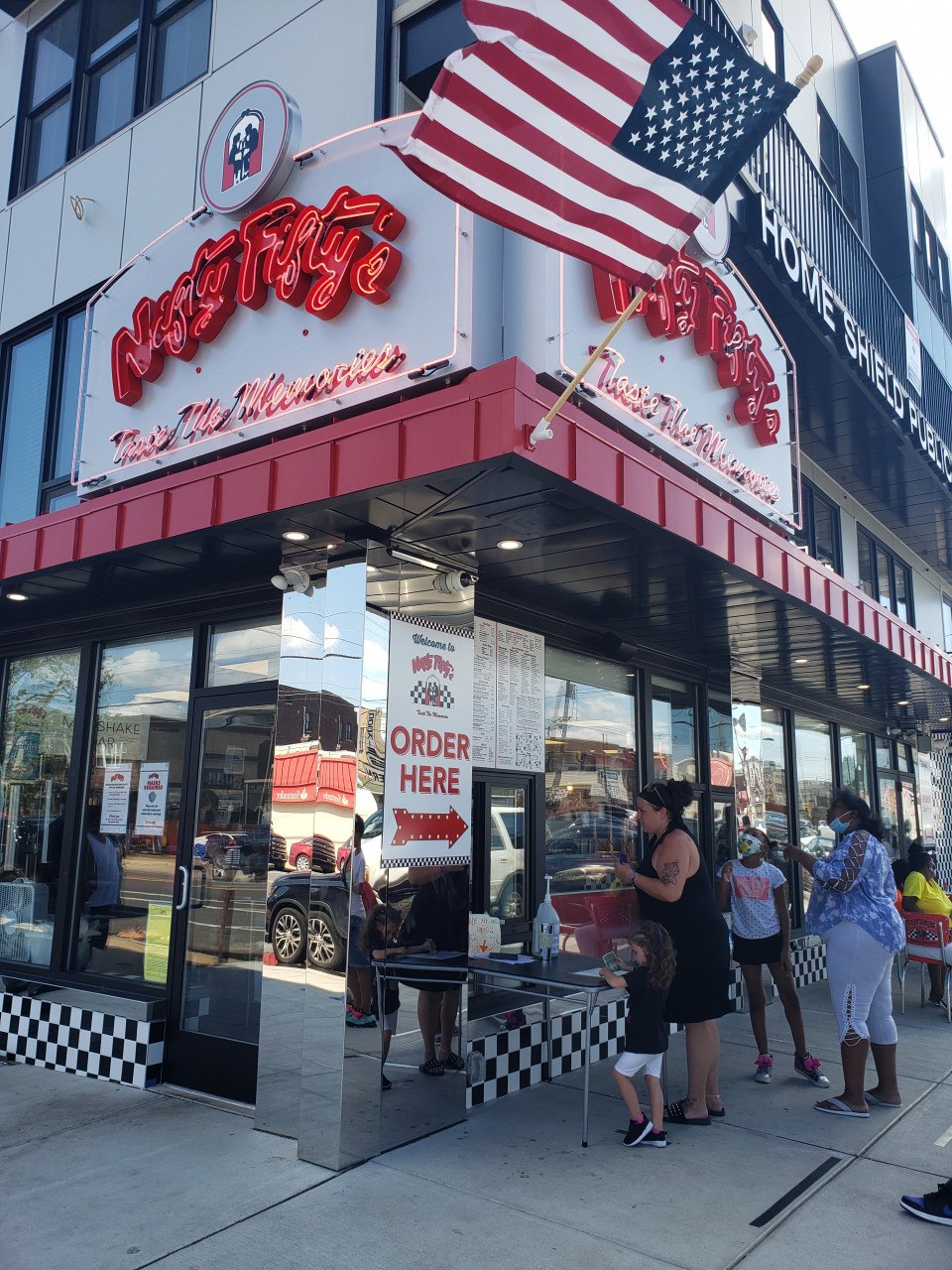 Nifty Fifty’s new South Philly location is officially open, slinging shakes, burgers and other diner classics from a takeout window at 2700 10th Street. After a soft-opening at the end of June that immediately caused long lines, the restaurant officially opened last week.

For now, they’re open 11 a.m. to 11 p.m. Monday through Thursday, and 11 a.m. t0 1 a.m. on weekends. There’s no breakfast menu, but otherwise the menu is basically the same. But breakfast devotees should take note: Though the regular breakfast menu is missing, the South Philly location does have chicken and waffles.

The service window is great for takeout, and there are also a couple of tables where guests can sit and eat their food. When pandemic restrictions lift, the indoor space will open to accommodate more guests.

Though the South Philly location is the chain’s fourth, it is the first franchise location, owned by Matthew Devine. The old South Philadelphia location of Nifty Fifty’s closed in the early 2000s, so it’s been a while since that part of the city has been able to get its fix of kitchsy fifties-era diner vibes. It’s shaping up to be a big year for the chain — which gained some notoriety in 2013 after the co-owner was sentenced to federal prison over a $2 million tax evasion scheme — as a new location is on track to open later this year in Fishtown, and another franchise is coming to Warminster, with plans to open sometime in 2021.