Plus: Rachel Levine has some potentially bad news for all of us. 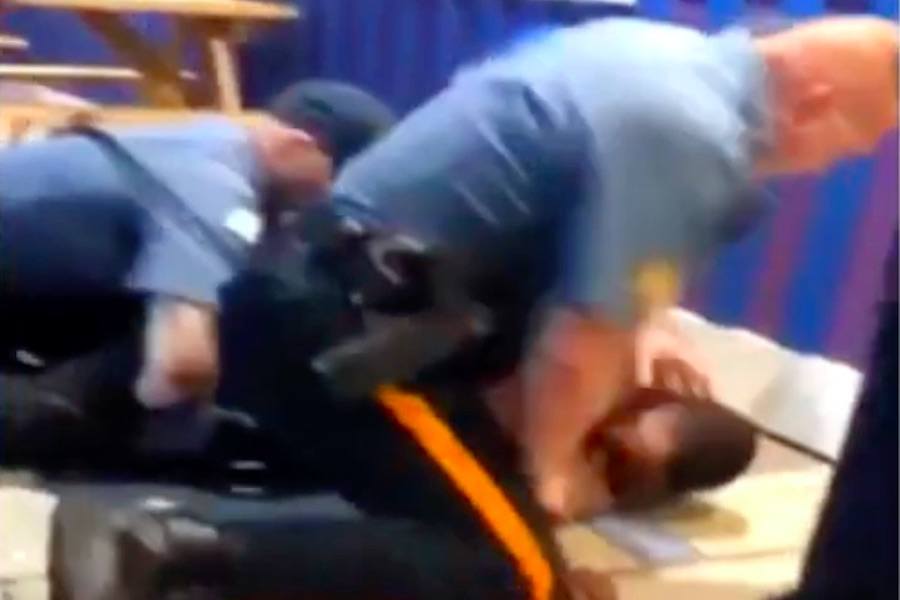 A Wildwood cop punches a man in the head repeatedly. (Twitter)

The Cape May County Prosecutor’s Office is asking for the public’s help in its investigation of an incident that took place in Wildwood early on Sunday morning.

Video of the troubling incident emerged on social media later on Sunday. The video shows an unidentified white Wildwood cop repeatedly punching a man in the head. The man, who appears to be a person of color, is on the ground, and there are several other Wildwood police officers present.

Here is a copy of the video in question:

This has to stop wildwood cops be wilding out share this pic.twitter.com/JGR33R5HMo

The Cape May County Prosecutor’s Office has issued a statement, asking anybody with other videos or photos to come forward. It happened on the 3700 block of Pacific Avenue on Sunday between 3 a.m. and 3:30 a.m. Anybody with information is asked to contact Cape May’s Professional Standards Unit at 609-465-1135.

Some people think that Philadelphia Mayor Jim Kenney should resign over the city’s response to the mass protests here. That’s not going to happen. But it appears that his second in command is ready to abandon ship.

Brian Abernathy, the City of Philadelphia’s managing director, is about to resign, according to a Billy Penn report that cites unnamed sources with direct knowledge of the situation.

Here’s a bit from that report, which you can read here in its entirety:

The sudden power shift comes as the Kenney administration faces mounting calls to reform the city’s police department. Abernathy serves as the main liaison between the mayor and the police, and the longtime bureaucrat has become a target for protesters in the George Floyd era.

Dozens showed up at a demonstration last month at the Municipal Services Building, where Abernathy’s office is located, to call for his resignation. These calls resurfaced when activists said he’d sent counterterrorism police to their door after they staged a protest in front of his personal residence. Calls for him to step down date back to 2018, when Kenney first appointed him to the job.

Abernathy was pretty much unknown to most of the city throughout his career. But then he became a daily presence at city press conferences as the coronavirus pandemic arrived in Philadelphia in March.

At a City Council hearing at the beginning of June, Abernathy admitted that he was “out of touch” in relation to issues surrounding the protests. He did not reply to an email from Philly Mag seeking comment.

Rachel Levine Has Some Potentially Bad News for All of Us

Well, that pattern may be emerging again, explained Pennsylvania health secretary Rachel Levine at a press conference on Monday, suggesting that the state could be heading for a repeat.

Levine said that “we need to make important choices” now in order to stop this cycle.

She also gave what is perhaps the best possible advice regarding your decision to mask or not to mask: “If you are in a situation where you are considering whether or not you need a mask, and you’re thinking about it, then the answer is yes, you need a mask.”

It’s really that simple and you shouldn’t need a Harvard grad like Levine to explain it to you.