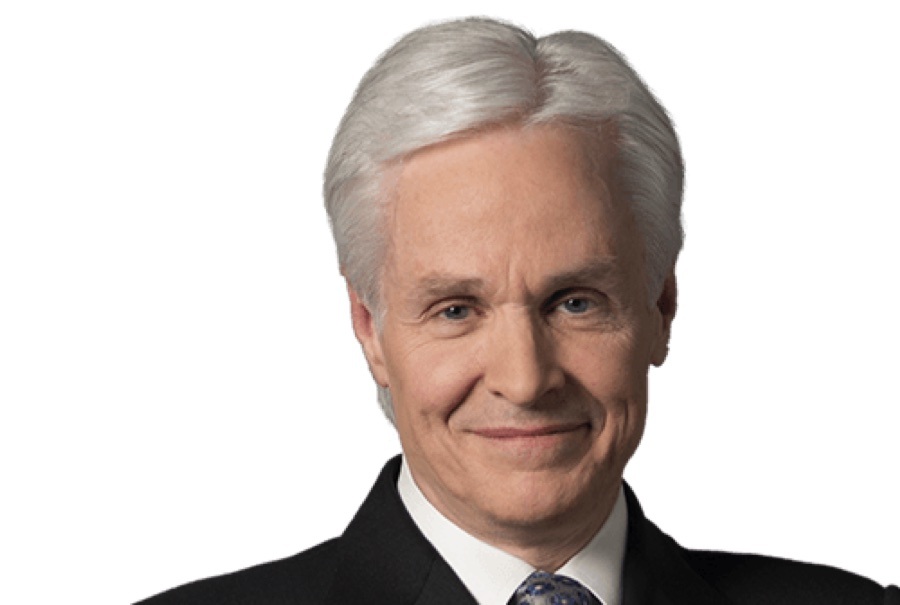 If you’re an attentive viewer of Fox 29 News, you may be wondering why you haven’t seen longtime attorney and on-air legal analyst Ken Rothweiler on the air for a while.

Rothweiler alleges that the local television station fired him earlier this year after an ongoing back-and-forth with news director Jim Driscoll over some of Rothweiler’s social media stances that, according to Rothweiler, were deemed “too pro-Black Lives Matter and too anti-cop.”

Philly Mag obtained a May 31st email that was sent by Rothweiler to Driscoll, on which the attorney cc’d more than 30 employees of Fox 29, including on-air talent such as Alex Holley and Mike Jerrick. The email addressed concerns with what Rothweiler called Driscoll’s “very upsetting” remarks.”

“Your words during our last meeting still ring in my ears,” Rothweiler wrote in the email. “You had said to me that I was ‘too pro-Black Lives Matter and too anti-cop.'”

Driscoll, who did not respond to Philly Mag’s request for comment, replied to Rothweiler’s email, saying that he never mentioned Black Lives Matter or the police in their conversation and that he only wanted Rothweiler to be less political in his legal analysis.

Rothweiler, 64, had been a fixture on Fox 29 since 2009, called upon regularly by the station to weigh in on some of the biggest legal cases happening across the country. As one of the founding partners of Eisenburg Rothweiler Law Firm, Rothweiler has been a well-known trial lawyer in the city for nearly 40 years, specializing in high-profile catastrophic injury cases. Rothweiler says he’s made over 300 appearances on Fox 29 throughout the years, offering his expert legal opinion on cases ranging from Bill Cosby’s sexual assault trial to local political corruption verdicts.

“Back then, things were much simpler,” Rothweiler tells Philly Mag of his early years on-air. “They would just call me and I would go on and do my thing. When I worked under Driscoll, things took a turn for the worse.”

Driscoll promoted Rothweiler in 2016, giving him the title of Fox 29 Legal Analyst, a paid, contracted position. After the promotion, Rothweiler says he noticed that he was being “monitored and grilled” about his social media posts.

“I’m a liberal, there’s no denying that,” Rothweiler says. “But when I go on-air, I speak the facts according to the law and nothing else. When my integrity began to be called into question because I wouldn’t play both sides in certain cases that I clearly saw as being only one way in the eye of the law — issues arose.”

Over the years, Rothweiler felt that his on-air stances calling for more accountability from the police in extrajudicial killings of unarmed Black people were misinterpreted by the station as “being against cops” and “siding with Black Lives Matter protesters too much.”

“If I said that police officers should be arrested and fired for shooting unarmed Black people in the back — there were complaints from management,” Rothweiler says. “But I was only speaking to how these officers were possibly violating certain law-enforcement policies that deserved more scrutiny. There’s no denying that race plays a role in these issues, and whether I acknowledged that on-air or on my personal Facebook, Driscoll seemed to have a problem with it altogether.”

Rothweiler says he was called into Driscoll’s office in 2019 over Facebook posts he made about the legal and racial implications of President Trump’s actions. He claims that the station was “subtly trying to censor” his social media behavior.

“I was told that the station represented both sides of the political spectrum and that my Facebook posts were too liberal and could cause problems with Fox 29’s viewers,” Rothweiler says of the meeting with Driscoll. “I wasn’t a full-time employee of the station, so I didn’t understand why he felt the need to try to lecture me about opinions I shared on my own social media and that had nothing to do with the law-based information I gave on-air. I respectfully heard his remarks, but wasn’t going to allow my free speech to be censored.”

A current Fox 29 employee, speaking on condition of anonymity, told Philly Mag that Rothweiler spoke about the situation at the time of the meeting. This employee spoke anonymously, fearing retaliation for speaking out about a former employee.

“Ken definitely voiced concerns to some at the station the moment he felt his social media was being surveilled,” the current employee said. The employee notes that although there are diverse faces on air, Fox 29’s top news managers and directors are predominately white and, the employee believes, “super-conservative.” “I definitely believe this impacts the way we cover certain topics involving racial discrimination or police misconduct at the station. It was only a matter of time before Jim [Driscoll] would have an excuse to fire Ken for not falling in line. When he stopped showing up to the station, I figured something was wrong.”

Rothweiler claims that the last straw came in January when Driscoll called him into his office for a final time with more complaints about his social media posts. This time, Rothweiler alleges, the news director “went too far.”

“Jim Driscoll told me outright that he found my stances and social media posts to be too pro-Black Lives Matter and too anti-cop,” Rothweiler says. “I debated with him on how problematic his approach was and he pretty much made it clear that he was stripping me of my legal analyst title and terminating my contract for good. After 11 years of being at Fox 29, he fired me based on his flawed interpretation of my fair and legal perspectives.”

Rothweiler says that although he was fired, he was still called on by the station a few more times as a guest before the COVID-19 pandemic, but noticed “how fast things immediately turned.”

“Outside of no longer being paid, Fox 29 simply referred to me as an ‘attorney’ on air,” Rothweiler says. “Some producers began to give me the impression that they weren’t allowed to call me on-air anymore. I felt blackballed.”

Philly Mag spoke with two current producers and two on-air anchors at Fox 29 who confirmed they were directly told or strongly advised not to reach out to Rothweiler to make appearances on their segments following his termination in January.

On Sunday, May 31st, during the weekend-long civil unrest following the police killing of George Floyd, Rothweiler sent his company-wide email that addressed his problems with the news director and concerns about how future coverage involving race would be handled.

In what devolved into a heated back-and-forth email thread between the former legal analyst and the news director, Rothweiler informed more than 30 of his former colleagues of the nature of his firing and how he “interpreted [Driscoll’s] comments to mean that [he] believed that I was too liberal.”

“I didn’t agree with that assessment as my on-air analysis was always based on the law and the facts, not on my political beliefs,” Rothweiler wrote in the email. “I have spent 40 years in Philadelphia as a trial lawyer representing mostly minorities and those with no social or political power against institutions who didn’t care enough to protect them because they prioritized profit over safety. I have always been passionate about leveling the playing field. I don’t view that as being liberal or conservative.”

“Ken, your offensive words are alarming in one respect — You are making things up,” Driscoll responded to the email. “Never once did I utter the words you write in this email. Never once did I ever talk to you about BLM or about our police force. The only thing I ever asked you to be is fair and not be political in your legal analysis.”

“My calling you out must be frustrating for you as, unlike others on this email chain, you do not control my life or my career,” Rothweiler fired back at Driscoll in the email thread. “If you really think I slandered you then file a legal action against me. That will give me an opportunity to put others under oath and solicit their testimony. You always said I was the best legal analyst which is the reason why I was the only one you gave a contract to. If you want to pursue this by calling me a liar you will find out just how good a trial lawyer I am.”

“I truly hope that what happened to me serves as a wake-up call to those still skeptical about how censorship and intimidation are impacting our newsrooms,” Rothweiler says. “Most of the staff at Fox 29 are dedicated and talented. I really hope they address the serious challenges facing our city today in their coverage.”