Rents are highest in Center City and lowest in an arc stretching from the Northeast to the Northwest. All of them are bargains compared to our East Coast peer cities. 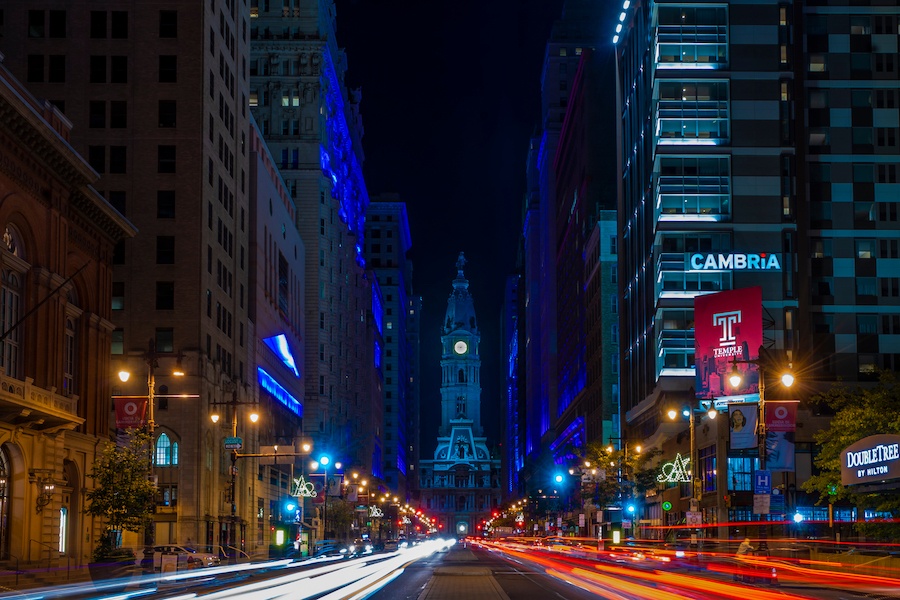 Want to live in the middle of it all on the Avenue of the Arts? It’ll cost you. | Photo: J. Fusco for Visit Philadelphia

Philadelphia apartment rents in 2020 to date have held steady since the beginning of the coronavirus pandemic, and the city has retained its status as one of the most affordable cities in the Northeast. Still, prospective renters in Philly will find that some neighborhoods are more affordable than others.

It should come as no surprise that, according to data released last month by Apartments.com, nine of the 10 most expensive neighborhoods for renters in Philadelphia and its suburbs lie in Greater Center City and adjacent University City.

But if one is willing to put up with a longer commute, a renter can find some real bargains in the further-out neighborhoods of Northeast and Northwest Philadelphia as well as one inner-ring suburb.

But whether we’re talking affordable rentals or deluxe apartments, both cost less in Philly than they do in our peer Northeastern cities.

10 Most Expensive Neighborhoods in Philly

10 Most Affordable Neighborhoods in Philly

What underlies these rents? Some local real estate professionals offered their analysis.

Shifting priorities of Philly metro area renters, which include price, location and smaller building sizes, have created a barrage of rental activity within city limits. In addition, the advent of largely virtual work has the number of renters planning to move in the next six months at 40 percent, according to Apartments.com.

“Center City and the surrounding neighborhoods have been on fire as far as rentals go,” said Noah Ostroff, chief executive officer of Philly Living.

Ostroff says two of the main reasons for the upswing have been angst among potential buyers stemming from job-related concerns due to the pandemic and fewer listings from owners in the past few months.

This has lowered the supply of rentals, and because of this, according to both Ostroff and Mike McNelis, Philly Living’s chief operating officer and CEO of its rental division, The Philly Apartment Company, prices have remained stable in Center City and surrounding neighborhoods.

“The pandemic has had little to no effect on value,” McNelis said. “We haven’t seen any major fluctuation in any neighborhoods in the city.” 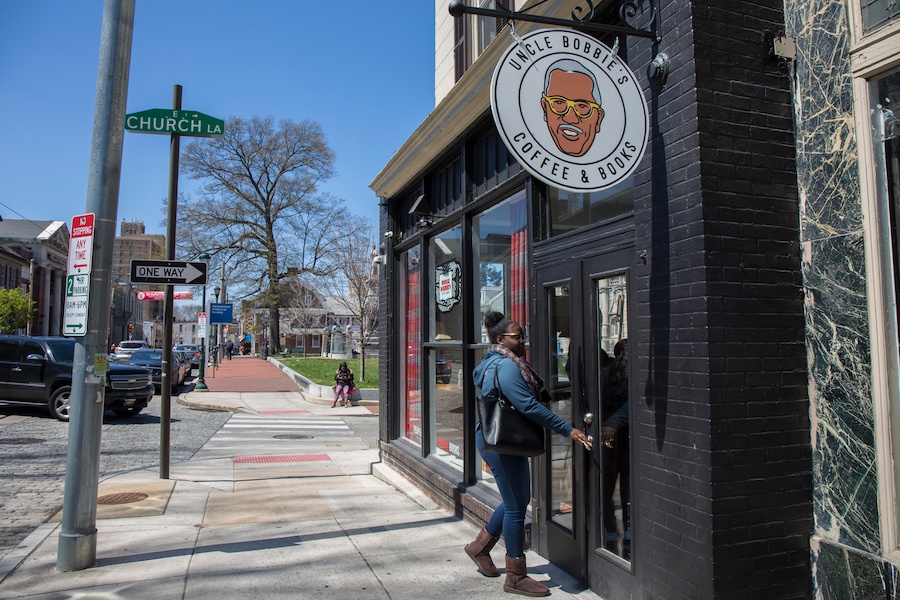 Apartments in East Germantown, the second-most-affordable neighborhood in the city, may not have Avenue of the Arts-level amenities, but the neighborhood has some first-class ones like Uncle Bobbie’s Coffee & Books right on Market Square. | Photo: C. Smyth for Visit Philadelphia

While the most expensive locations in the city are in the Center City and University City markets, those looking for better value for their money will find that surrounding neighborhoods offer discounted opportunities for experienced renters seeking the best bang for their buck.

“There is definitely a demographic that is able to afford and live in Center City long-term and they don’t move to these submarkets, but what we generally see is that once a renter lives in [Center City] for a time, and they start to see what these other neighborhoods offer, they find value at a discount in those neighborhoods that provide similar amenities packages to Center City,” McNelis said.

Renters who work in the central parts of Philly will find that the ability to commute from outlying neighborhoods allows them to explore more options in smaller buildings, and less dense areas, at a more affordable rate.

“Generally speaking, [use of public transportation] is one of the big reasons why we have been able to see such a boom of development in the surrounding submarkets to Center City,” McNelis said.

According to data from Apartments.com, there has been a significant surge in searches for suburban apartments coming from city-centric renters. This can be partially attributed to renters’ proclivity to move further from their city offices as opportunities to work from home rise. When quarantine first began in the middle of March, interest in suburban locations on the website was at its lowest point of the calendar year. Since then, suburban apartment searches have marched steadily upward and have nearly doubled in the three-month window between March 17th and June 16th. 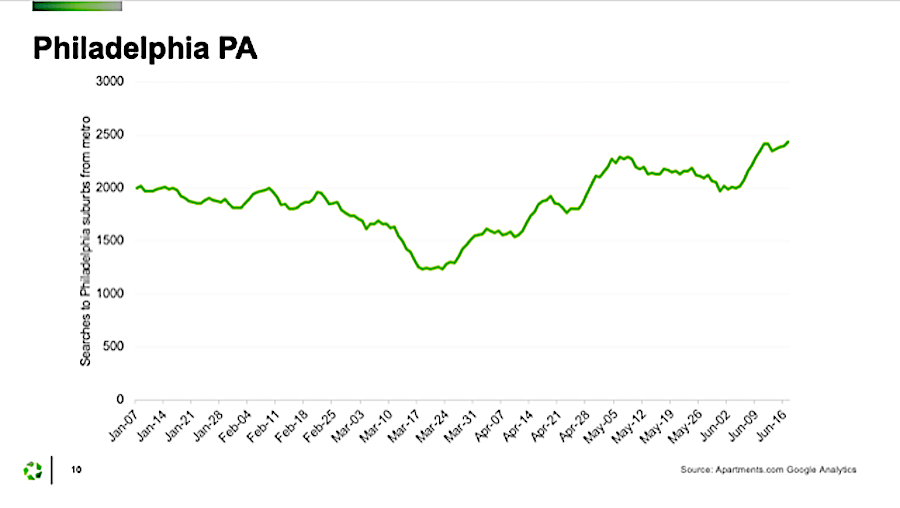 “Historically, the suburbs have been on fire. They have been a very desirable place to live, whether it be the PA ’burbs or South Jersey,” McNelis said.

As of now, though, rents in Philly’s more expensive neighborhoods look as though they will remain high thanks to tight supply and steady demand.

But will renters in search of better value drive prices up in the city’s more affordable neighborhoods? Only time will tell.