“I realize I am not being a good businessman,” says owner N.A. Poe, who happens to be an ex-felon. “I am being an activist, and this is a battleground.” 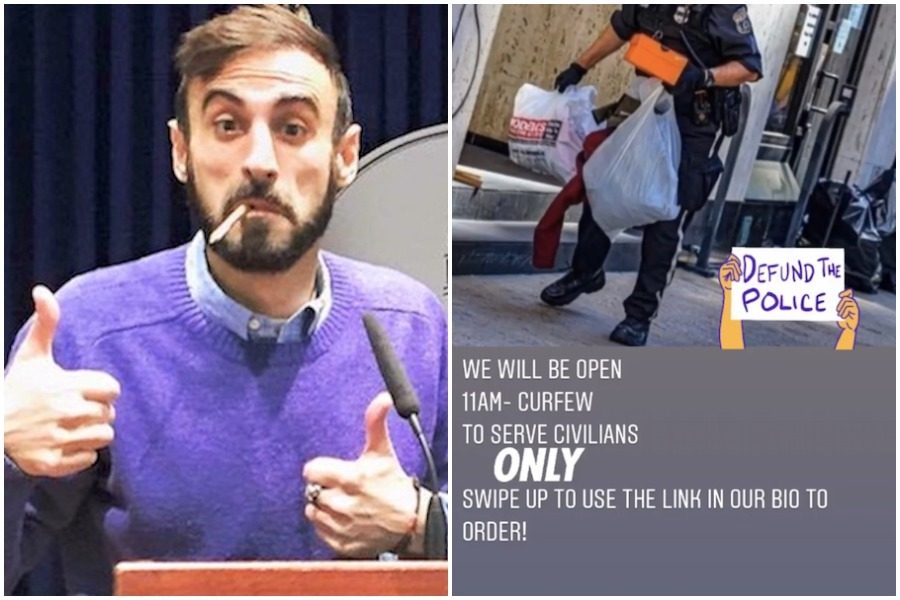 Shortly after I published this story about Hungry Pigeon chef Scott Schroeder’s “Black America” comments, and as I continued to get DMs and emails about a controversy surrounding Di Bruno Bros. offering free lunch for police officers (more on that later), I started getting tips regarding a problem with N.A. Poe and his restaurant Poe’s Sandwich Joint.

“I’d like to inform you of some posts your 2019 Best of Philly Stoner food [winner] is posting on social media,” wrote one reader on Wednesday, referring to Poe’s Sandwich Joint. “I’d like to think you wouldn’t want your magazine to be associated with a sandwich shop that spreads hate and division.”

It turns out that the hubbub is over Poe’s decision to refuse to serve police officers at Poe’s Sandwich Joint, his stoner food haven at 5th Street and Cecil B. Moore Avenue. This all started when he got a request to donate sandwiches to Philly police, something common among Philly pizza and sandwich shops. He said no.

Then he posted this advertisement on Instagram, making his stance quite clear: 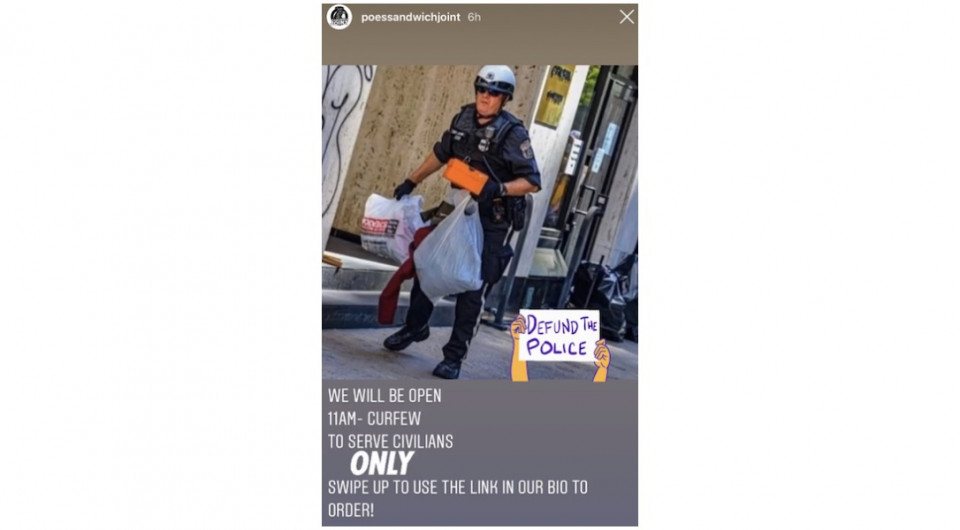 TO. SERVE. CIVILIANS. ONLY.

Someone sent a DM to Poe on Instagram, asking him to clarify his position.

“Are police officers allowed to purchase ur food yes or no?,” the person inquired.

“If police in uniform came to the window and tried to order, I’d use my right as a small business owner to not serve them,” replied Poe.

Over the last couple of days, the Yelp page for Poe’s Sandwich Joint has been inundated with one-star reviews. And I do mean inundated. Just take a look at these Yelp results, sorted by most recent first.

On Wednesday night, I reached out to Poe, who pleaded guilty to two felony charges in 2018 after an infamous pot party bust. He’s had other run-ins with the law as well.

“I am not serving food to cops during the occupation of Philadelphia,” he told me. “I realize I am not being a good businessman. I am being an activist, and this is a battleground. They can troll the fuck out of me all they want. But what side of history do you want to be on? I want to be on the side that believes that people shouldn’t be murdered — and that people shouldn’t be teargassed when we say those murders aren’t right. I’m going to stand my ground.”

Once the Frank Rizzo statue disappeared from public view in the middle of the night earlier this week, it became pretty clear that the days were numbered for the Frank Rizzo mural, which looms over the Italian Market in South Philadelphia.

Sure enough, the Frank Rizzo Mural will soon be gone. Perhaps as early as this weekend.

So what will replace it? Well, for now, a blank wall.

“Together, The S. 9th Street Shopping District, the property owners and the Mural Arts program are working to create a new mural, that better represents the fabric of S. 9th Street to replace the current Frank Rizzo mural,” reads a statement from the South 9th Street Business Association. “Due to the forecast of inclement weather, as soon as possible, in the interim, the Rizzo mural will become a blank canvas. We agree it is time to replace this long standing piece of art to begin to heal the Black community, the LGBTQ community and many others.”

After I reported on the white men armed with bats in Fishtown, I heard that there were armed men “patrolling” the Italian Market area while the city was immersed in mass protests, rioting, and, in some cases, looting.

Well, that statement from the South 9th Street Business Association about the Frank Rizzo mural also addresses these rumors, which are no longer rumors.

“There were many factors in deciding to take this step,” the statement continues. “Our rationale in hiring trained professionals is to prevent vigilantism, violence and threats to residents. These professionals have participated in hours of training focusing on diversity, diffusing situations and properly identifying threats. We are continuing to consult with our security experts daily throughout this time.”