The all-Black cast of the mayor’s campaign kickoff video tells me one thing: He knows he hasn’t fulfilled the promises he made last time. 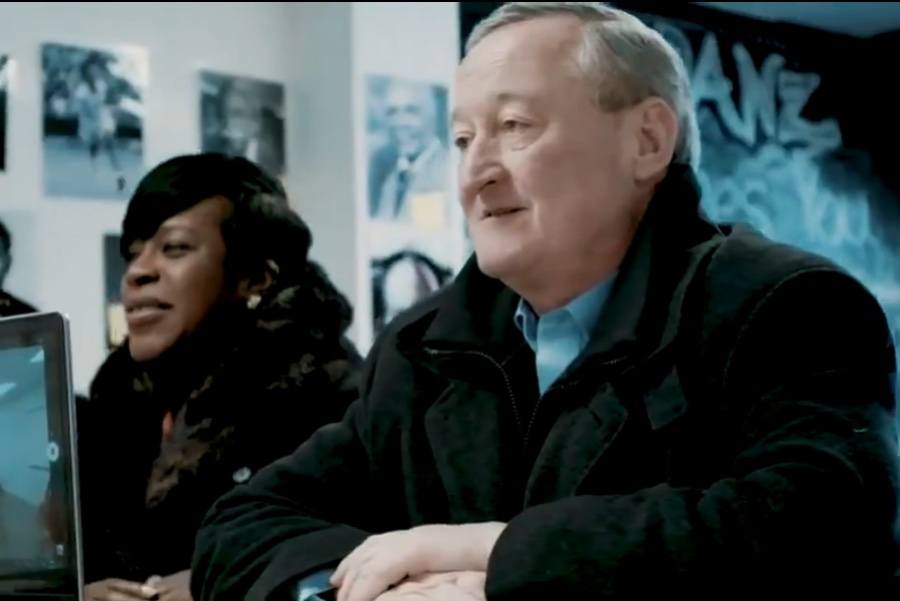 Diversity is the new Black.

Over the weekend, Mayor Jim Kenney officially announced he was running for reelection in a two-minute video posted on social media. In the clip, Kenney has community members touting his two biggest accomplishments: taking control of city schools back from Harrisburg and helping fund universal pre-K (without, of course, directly mentioning the soda tax).

Along with the standard flashy stats, inspirational music, and heart-swelling views of the city, Kenney’s announcement includes another special effect — an all-Black cast of Philadelphians singing his praises. From City Council member Cherelle Parker to working-class Black families to the Octavius Catto statue posing forph a signature close-up, Kenney is letting us all know early that he needs the Black vote more than ever this time.

It's been my honor to serve the people of Philadelphia — and I'm excited to announce that I'm running for reelection!

Philadelphia has made tremendous progress we can be proud of, but there's more work to do to ensure that all of our citizens can thrive. #TeamKenney. pic.twitter.com/K0mmO143IJ

Kenney went on to make sure you didn’t think the video was just a one-off to draw Black support by hosting his announcement party on Saturday at the Black-owned Green Soul cafe in Spring Garden. And it was during this event that he formally announced his campaign manager Brandon Evans and senior consultant Jasmine Sessoms, both of whom are Black. (These two hires have already doubled the Black representation on his 2015 campaign team.)

But just in case you still weren’t certain of Kenney’s direct appeal to Black voters during Black History Month, he made it a point to highlight his visit with the African American Chamber of Commerce on Monday for the “opportunity to get input” from them.

Appreciate the opportunity to get input from the African-American Chamber of Commerce this morning. We had an open dialogue on including Philly’s minority businesses — and on how important they are to Philly thriving. pic.twitter.com/mcIENegvJ3

My reaction to all of this news: The mayor doth protest too much.

There’s a reason why Kenney is in desperate need of the Black vote this time around: He hasn’t lived up to the hype since the last time he ran. Outside of universal pre-K, there have been no major improvements from the mayor in addressing the poverty, stop-and-frisk, gross inequity, or segregation via gentrification issues affecting the Black community. And even when it comes to funding universal pre-K, parks and rec, and community schools via the soda tax, 20 local Black clergy leaders have already banded together to call for its repeal of it. None of this looks good for an incumbent who used all of his clout during his first race to garner Black support through the Northwest Coalition and fellow City Council members.

Kenney simply aligning himself with more Black people isn’t going to appeal to voters like me who know what pandering looks like from a mile away. You know, the same pandering that saw Philadelphia NAACP president Minister Rodney Muhammad (who was collecting checks from Kenney’s PAC and touting his NAACP affiliation while lobbying for the levy) trying to drum up community support for the soda tax. Or Kenney making a promise (yet to be fulfilled) that “stop and frisk will end in Philadelphia, no question” during his first mayoral run while simultaneously garnering the endorsement of the Fraternal Order of the Police (FOP). Or Kenney’s campaign positioning him alongside Black politicians as “the one they trust,” only to see his initial administration hires turn out to be mostly white. Or even now, with his announcement video giving the Catto statue a shoutout while glossing over Kenney’s foot-dragging on removing the Rizzo statue.

With Kenney up against former city controller Alan Butkovitz and the strong possibility that his previous challenger, state Sen. Anthony Hardy Williams, will jump in the race (both of whom strongly oppose the soda tax), he has to acknowledge to the Black community head on that he didn’t deliver on many of his promises. And while that might appear to be risky, honesty might be a stance worth considering for a mayor who has aligned himself with people who don’t appear to be the most sincere.

Politics post-2016 are different — Black voters are smarter and more woke than ever. Kenney can no longer run as the “Great White Hope” and assume that mere proximity to Black leaders will secure him a victory. Here’s to hoping that Kenney truth-tells more and panders less this election cycle.