OPINION: The City Tolerates the FOP’s Lack of Respect for Black Lives

Owens: When a police union's president can publicly escalate tension and go effectively unchallenged, you begin to realize how institutional racism persists. 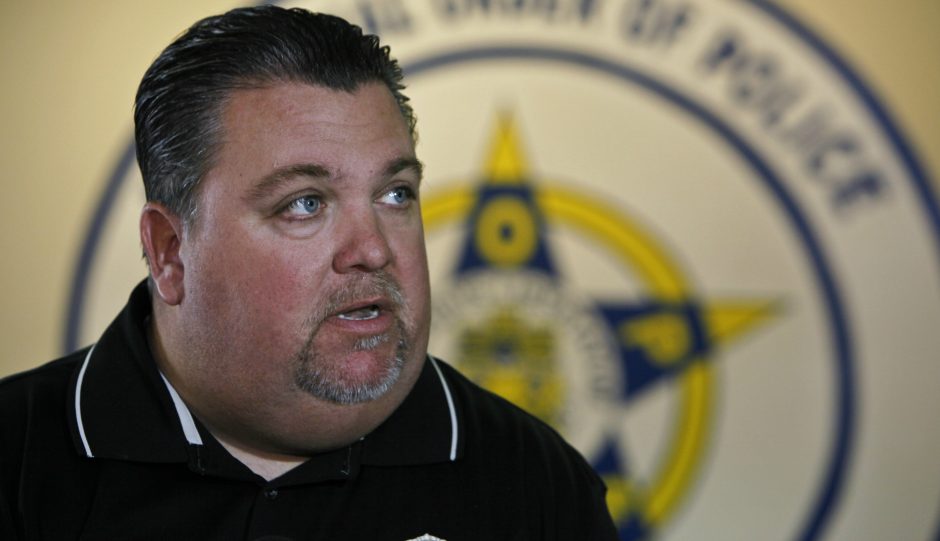 Martin Luther King, Jr. once said that “In the end, we will remember not the words of our enemies, but the silence of our friends.” After the recent shakeups in the city’s political scene, our politicians have been unusually reserved about confronting what has now become one of the biggest obstacles to anything progressive in Philadelphia — the Fraternal Order of the Police.

For some odd reason, it’s hard for elected officials to criticize the city’s police union: Do so in any form and you might be mistaken for denigrating their service to the community. But there is a difference between condemning the job and holding it accountable — welcoming the latter should be required of any group that receives taxpayer’s dollars.

As a black taxpayer, I can honestly say that institutional stances taken by our local police leadership have shown an undeniable disregard for people who look like me. I can also say that local politicians, both black and white, have turned a blind eye to the FOP’s disrespect.

During last week’s “Back the Blue” police rally, FOP Lodge 5 president John McNesby didn’t hold back from reducing black protesters to something inhumane:

“When you go to work each day, you shouldn’t have to worry that a pack of rabid animals will suddenly show up at your home and openly threaten your family,” McNesby said inside FOP headquarters. “These are not activists — they are racist hate groups determined to instigate violence.”

McNesby is upset that protesters are trying to hold officer Ryan Pownall, who fatally shot David Jones, a black man who ran from a traffic stop in early June, accountable. He is upset that protesters are pointing out that this is the second time Pownall has shot a black man in the back as he was fleeing: In 2010, Pownall shot Carnell Williams-Carney, a black man who ran from cops while having an illegal gun on him; he was paralyzed as a result. Despite the current controversy, Jones is still on duty.

Describing black protesters as “a pack of rabid animals” is racially charged. Black people have endured a long history of being dehumanized as animals by white people, whether it’s being called a monkey, an ape, or now a rabid animal. When anyone, especially police, strip away the humanity of a person, it makes it easier to objectify them. And let’s not forget that these protesters have not instigated any direct acts of violence and have only exercised their First Amendment right of free speech, whether you personally agree with their tactics or not. If black taxpayers peacefully protesting can warrant such visceral reactions from our police, it makes you wonder how much trust you can have in a system that claims to protect us all.

I’m not surprised by McNesby’s comments (after all, this was the same man who described a local cop’s Nazi tattoo as “nothing wrong.”) As the FOP continues to stand by its endorsement of Trump, condemn Mayor Jim Kenney’s new policy of releasing the names of officers who shoot anyone while on duty, and defend stop-and-frisk, it’s become clear that black lives, which are the ones most affected by these decisions, don’t matter much to them.

And, sadly enough, our city’s leadership tolerates this.

The mayor was quick to release a statement scolding the black protesters who stood outside Pownall’s home, but he was careful with his words on McNesby’s distasteful remarks. Right after the protest, Kenney said the protesters’ actions weren’t helping the efforts of those “productively working to build police-community trust, including pushing for transparency and reform.” But after a Labor Day weekend filled with national scrutiny of McNesby’s “rabid animals” quote, the mayor finally spoke up, describing the remarks as “divisive” and saying that “escalating the rhetoric in response doesn’t help.” (McNesby told Philadelphia in a text responding to Kenney’s statement that he “never referred to black people as animals” and didn’t even know the race of the protesters.)

Meanwhile, City Council and our local state representatives have remained silent on the controversy even though City Council members Bobby Henon and Brian O’Neill were front and center at the FOP’s “Back the Blue” rally. “It was a shame last week,” O’Neill told the rally crowd. “It was a stain on the city of Philadelphia and it should never happen again.”

But perhaps the biggest stain on the city arises from the double standards it has for empathy and accountability. Somehow, black taxpayers can’t get a break for being disheartened that another member of the community has been killed by an officer, but said officer can get empathy for being held accountable for the killing. Our elected officials can be swift to defend police officers, but somehow lose their spine when it comes to defending the most vulnerable affected by them. You can’t ignore the politics of this: The FOP endorsed Kenney, O’Neill, Henon, and many other elected officials you wouldn’t expect.

And while I once believed that any influential candidate endorsed by the FOP could potentially work to structurally change it, I can no longer support any elected official who is backed by an institution that repeatedly traffics in unbridled acts of racial bias. Any dignified Philadelphian who believes in racial equality, social justice, and community liberation cannot wholeheartedly believe that the FOP supports or fosters those goals for all citizens. It’s one thing to protect and serve, and another to disparage and intimidate.

The FOP’s real feelings are coming through loud and clear, but not as loud as the deafening silence of those elected officials who pander to social justice causes and progressive ideals. Sometimes the problem isn’t who hurts the most, but who allows the hurting to continue.