OPINION: Why Rich Negrin Should Be Our Next DA

Owens: What sets Negrin apart in this crowded race is his diplomacy, reliability, and visibility — a combination none of the other candidates has. 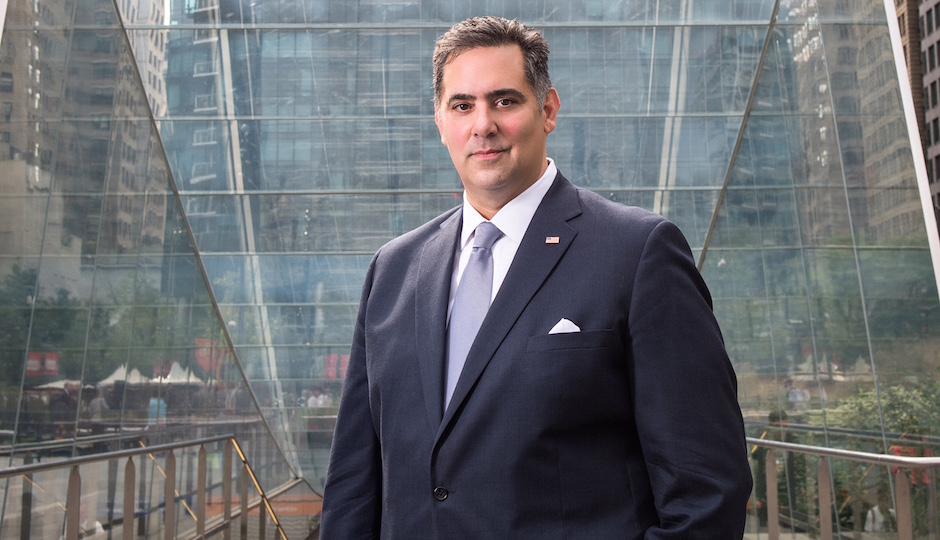 Next Tuesday our city will have the chance to vote for a new district attorney amid a federal investigation that’s put a dark cloud over the office. With eight candidates running (seven from the Democratic Party), voter turnout might increase in comparison to previous low-turnout cycles. I predict, however, that voter turnout will still not exceed 20 percent because this is not a national election cycle. Further, I predict that three regions will dominate the turnout: Center City, the suburban Northwest, and the working-class Northeast. Given those factors, a thorough process of elimination will leave you with only one candidate able to secure enough votes to come out on top: former city managing director Richard Negrin.

But before I get into why I think he should, and will, win next Tuesday — and I’m speaking for myself here, not on behalf of the magazine — I’ll walk you through my personal ranking (from least to most likely to win) of all of the Democratic candidates and how I arrived at my final conclusion.

Carr is ranked the lowest because her campaign seems not to be building any momentum. Her position as the only female Democrat had appeal at the beginning, but then it was revealed that she once described the alleged rape of a prostitute as being a “theft of services.” A lack of major endorsements and strong coalition of supporters makes her an uninspiring choice.

O’Neill entered the race last, but most likely won’t be the candidate with the fewest votes, thanks to some major union endorsements. But that will not be enough to rise to the top of a list of people who have more experience and visibility than this 35-year-old ex-prosecutor. With some more time and political steam, he has the potential to become a formidable opponent in a future rematch.

Untermeyer is as complicated as they come, but he has enough of his own money backing him to distract a few voters. But most of Philly’s unforgiving Democratic political machine will not support a former Republican during a time where the city is still the shiniest blue star in now nationally red state. Neither ads nor money can fix that complication.

The only black candidate in the race is also one of the biggest letdowns in the race. If El-Shabazz had been more transparent about the baggage hindering his campaign, he might have been a serious force. Instead, he’s taken to playing the blame game — accusing the media of producing “fake news” for reporting about his removal from cases as a defense attorney. The candidate closest to now-indicted D.A. Seth Williams has too much drama hovering over him — there’s no way to make an effective case that he’s the best man for the job.

Khan doesn’t look like he’s running for district attorney, but a shot at being the next big political superstar to come out of Philadelphia. He has an Ed Rendell endorsement (though there might be little value left in that), reminds you of that time Obama was his law professor, and has positioned himself as “Trump’s Worst Nightmare.” All of this would be great if Khan were running for a congressional seat — but this is Philadelphia, a scrappy town that loves to hear about itself. Khan’s platform is too broad, and his campaign doesn’t speak enough to local issues. He runs a rather fierce campaign, attacking Untermeyer in ads and getting in early jabs at Williams, but he lacks political experience beyond trash talk. This probably won’t be the last we’ll see of Khan — he’s made a huge impression, but just not for the position of the city’s next DA.

Here’s the thing about Krasner — I like him as a person. His very progressive, left-wing advocacy is evident in how he represented activists (often pro bono) who protested during the city-hosted Republican National Convention and Democratic National Convention; he has also defended activists from Black Lives Matter, Occupy Philly, Dreamers, and many others. Krasner is able to be likable because, unlike the other candidates, he has never served as a prosecutor. And it’s this fact that keeps him from being the top pick — he’s a politically polarizing candidate running for a position that requires him to be impartial with no experience in said office. If you truly like Krasner, you know that his left-wing activist fervor will not mix in an environment that requires him to work with institutions that won’t see eye to eye with his stark positions. His far-to-the-left appeal is reflected in the large check liberal mega-donor George Soros wrote to a PAC backing Krasner. During a time when the DA’s office is going through a lot of public scrutiny, extreme partisan influence won’t help restore institutional respect across the board.

Experience — professional, personal, and strategic — is why Rich Negrin is the best bet for DA. Arguably, every professional and personal move in Negrin’s life has prepared him for this job. He has served as an assistant district attorney and city managing director. He has a compelling life story that exemplifies his personal resilience and echoes many of the social-justice issues affecting the city: He’s the son of a Cuban immigrant and a victim of gun violence, and he’s confronted tough crime throughout his entire life. While the ethics of our current DA are shaky, Negrin has steered clear of high-profile scandals and served on the city’s Board of Ethics. On a strategic level, the endorsements he has received have a very diverse and broad local appeal that makes him appear as the safest choice. Some of those endorsements, such as one from the Fraternal Order of the Police (FOP), might have some rightfully concerned that Negrin is too much of an establishment pick. But perhaps an establishment favorite with a clean record and undeniable experience wouldn’t be such a bad idea. Securing endorsements from all sectors of the local justice system willing to sit at the table with him is the kind of diplomacy that the DA’s office currently needs. Finally, Negrin would be the first Latino ever elected as Philly’s top prosecutor — imagine what kind of progressive statement that would make for our sanctuary city during a Trump presidency.