Will the city’s former managing director be the establishment's pick in the D.A.’s race? 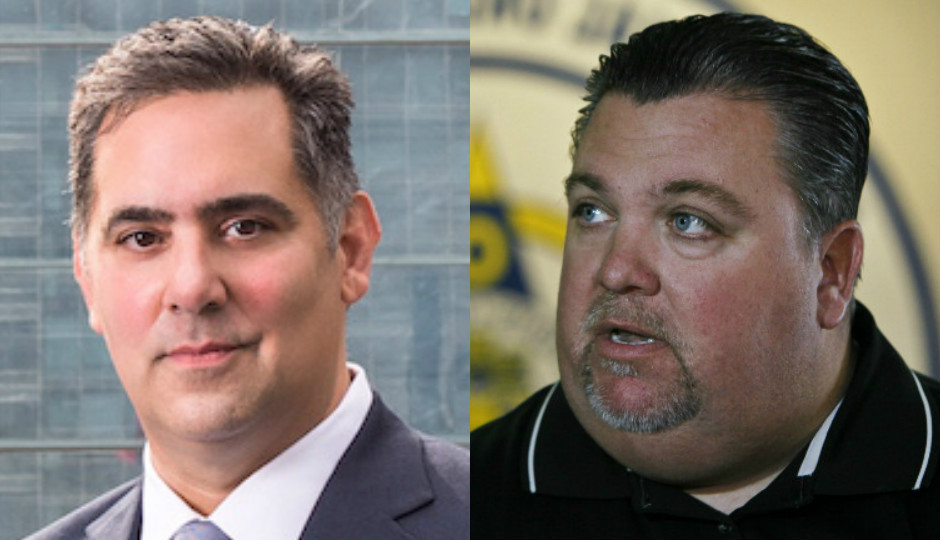 Philadelphia’s police union has picked a favorite in the Democratic primary for district attorney: Richard Negrin.

“Rich gets what it takes to keep our city safe,” John McNesby, president of the Fraternal Order of Police Lodge 5, said in a statement. “From his time as a prosecutor to his time as the city’s managing director, Rich has demonstrated a depth of understanding that is unmatched in the field. We know with Rich we’ll have a strong partner in the D.A.’s office and we look forward to working with him to strengthen and grow the relationships between our officers and the communities they serve.”

The FOP announced its endorsement of Negrin on Wednesday morning at a news conference, along with the Guardian Civil League, a group representing the city’s black police officers, and the leader of Philadelphia’s Spanish American Law Enforcement Association. Guardian Civic League president Rochelle Bilal said Negrin’s goal is for Philadelphia to be a city where “diverse communities enjoy strong, lasting relationships with the officers who serve them.”

Negrin is one of seven Democrats running for district attorney. He was the city’s managing director under Mayor Michael Nutter, a prosecutor in the D.A.’s office, and a member of Philadelphia’s ethics board.

Negrin is one of the more moderate voices in the district attorney’s race: He has defended stop-and-frisk in the past and wants to talk to experts before determining whether cash bail should be eliminated for low-level, nonviolent offenders. He takes progressive positions on other issues. He hopes to revamp the city’s civil asset forfeiture program and reduce “implicit bias” in the criminal justice system.

Negrin also supports Gov. Tom Wolf’s moratorium on the death penalty and has sworn off campaign donations from criminal defense attorneys who could stand across from him in court.

Negrin’s attainment of the FOP’s endorsement could prove to be an important moment in the primary. If the election attracts a small number of voters — turnout was 12 percent in the city’s last competitive D.A. primary in 2009 — union and party endorsements could make a difference. Negrin and Tariq El-Shabazz, District Attorney Seth Williams’s former right-hand man, are probably the best-positioned candidates to win support from establishment figures.

Negrin recently sat down with Philly Mag for a hour-long interview. You can read it here.