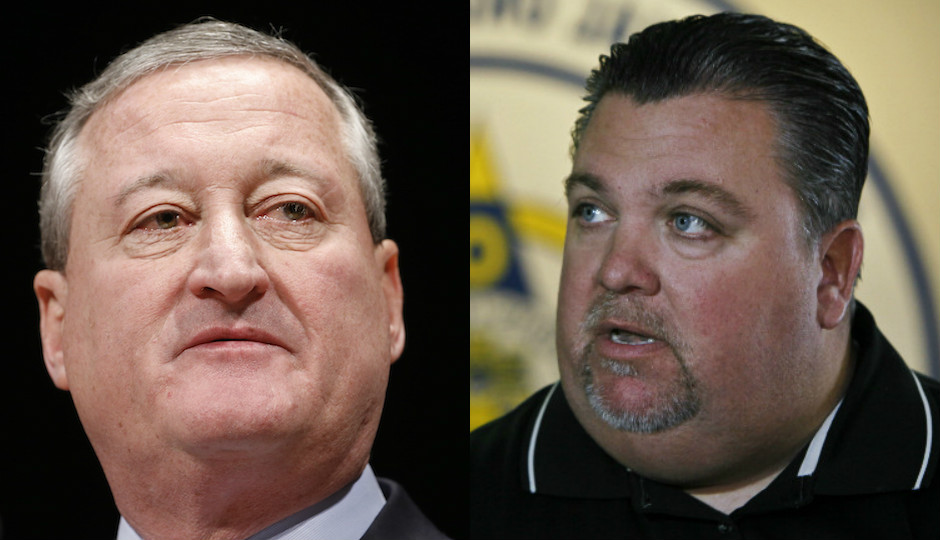 This weekend, the nation learned that Philadelphia police union chief John McNesby had referred to Black Lives Matter protesters demonstrating outside the home of a cop who fatally shot a black man as “a pack of rabid animals.”

At least, that’s how it seemed on Twitter and Facebook. Everyone from actor Kumail Nanjiani to Black Lives Matter supporter Shaun King to anti-feminist, anti-Islam pedophilia apologist Milo Yiannopoulos commented on the incident on social media. Rapper Killer Mike of Run the Jewels also called the union boss a “punk-ass” during a set at Made in America on Sunday.

Philly is fed up, I expect this to spread to most cities quickly.

This man represents thousands of officers in Philly. https://t.co/9VLYPnCcIS

Asked for a comment on McNesby’s statement, Mayor Jim Kenney said, “While a few individuals have engaged recently in rhetoric and actions that crossed the line, for the large part, their conduct wasn’t illegal, and escalating the rhetoric in response doesn’t help. Referring to black people as animals has a long, painful history in this country. Fighting divisive words with divisive words gets us nowhere.”

Kenney added that most city police officers and activists have acted responsibly at protests: “Fortunately, while others rely on rhetoric, the overwhelming majority of Philadelphia officers who police demonstrations respond to inflammatory, confrontational language with professionalism and a commitment to the First Amendment. Likewise, the overwhelming majority of protesters have engaged in peaceful protest. Together, I believe they will create a stronger, more united Philadelphia.”

Kenney was endorsed by the Fraternal Order of Police Lodge #5 in the 2015 mayoral election, and he recently inked a contract with the union that critics said did not deliver the criminal justice reform he had promised.

McNesby, when told what Kenney said, responded via text: “I’m not quite sure what he means by black people? I never referred to black people as animals. I referred to the group of small individuals who protested outside that officer’s house as rabid animals. They were chanting and screaming things regarding his wife and kids. I don’t even know if they were black, white, Asian.”

McNesby made his remarks about Black Lives Matter last week at a “Back the Blue” rally in Northeast Philadelphia, which was held in response to the Black Lives Matter protest outside police officer Ryan Pownall’s home last month. According to police, Pownall shot 30-year-old David Jones in the back after Jones pulled an illegal gun from his waistband and ran away. Attorney General Josh Shapiro is investigating the shooting.

One day after the protest outside Pownall’s house in Bustleton, the FOP won a court ruling allowing it to seek an emergency petition to stop the city from releasing the names of police officers who shoot civilians before September 29th, per a Philly.com report. A full hearing on the matter will take place on that date before Common Pleas Court Judge Daniel Anders.

McNesby estimated that more than 2,000 people went to the “Back the Blue” event, including several Democratic and Republican elected officials. Kenney did not attend.