Activists disrupted a City Hall press conference on Monday to demand justice for Jones, 30, who was running away when he was shot by a Philly police officer in June. 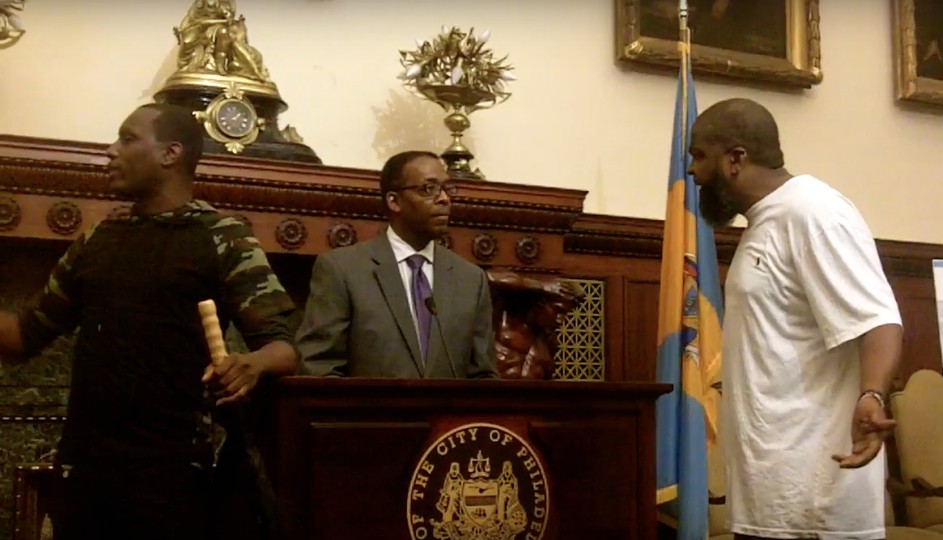 The Pa. Attorney General will take over the investigation into the fatal police shooting of David Jones.

The shooting occurred on the evening of June 8th in Feltonville. Philadelphia Police Officer Ryan Pownall was transporting crime victims when he stopped Jones, 30, for riding a dirt bike.

Pownall exited his car to confront Jones, who police say got off his dirt bike and attempted to back away from the officer. During a brief struggle, Pownall said he noticed Jones was carrying a gun, according to police. The gun Jones was carrying dropped to the ground as he attempted to run away, and Pownall shot Jones multiple times in the back while he ran, according to surveillance footage of the incident. Jones was not armed when he was shot.

The shooting and conflicting witness accounts, including that of Terrance F. of North Philadelphia, whom Pownall was transporting when he stopped Jones, have drawn the attention of activists who believe Pownall acted with unnecessary violence.

Asa Khalif of Black Lives Matter Pennsylvania and Isaac Gardner, a spokesman for the Jones’ family, have interrupted several press conferences and other events in recent weeks to draw attention to the shooting of Jones and other unarmed black men.

On Monday morning, Khalif and Gardner took over a press conference regarding waste in City Hall to demand that City Council President Darrell Clarke address the shooting.

“As a black man, and as a person that grew up in North Philadelphia, the simple reality is there are a lot of troubling issues with respect to this shooting, as there is any shooting,” Clarke said when pressed by Khalif and Gardner.

Shortly after the press conference ended, Clarke released a statement on the shooting and confirmed that the Pa. Attorney General will take over the investigation due to a conflict of interest in the Philly District Attorney’s office. Officials have yet to expand upon the nature of the conflict.

Here’s the full statement from Clarke:

“Any time a police officer is involved in the shooting of a civilian is cause for a timely and diligent investigation. Because of the circumstances in which Mr. Jones was shot and killed, including conflicting witness accounts and the troubling fact that he was shot from behind, we need a thorough investigation.

On behalf of City Council, I extend our deepest condolences to those who mourn Mr. Jones. People knew this man, loved this man, and had hopes for his future. His death and the weeks following have been painful for all parties involved. The pain being felt by Mr. Jones’ loved ones must be honored and respected, no matter the outcome of this investigation.

We must also respect our passionate fellow citizens who are demanding justice in this tragedy. And we must never forget the victims of the hundreds of shootings that occur in Philadelphia every year.

“I look forward to the timely resolution of this investigation, and to seeing justice for all parties involved.”