ThinkFest: Inside the Catholic Church Scandal With Josh Shapiro 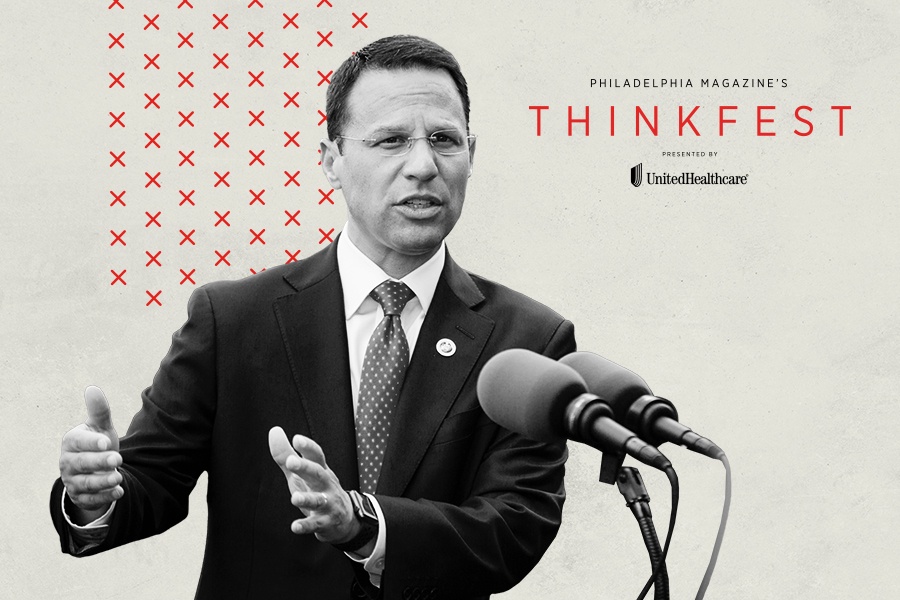 When Pennsylvania Attorney General Josh Shapiro announced in August the findings of a highly anticipated grand jury investigation into sexual abuse by Catholic priests in six state dioceses, the nation — and the world — shook.

The 884-page document, which was partially redacted, identified 301 Catholic priests as “predator priests” who sexually abused children while serving in active ministry in the church. It also detailed accounts of more than 1,000 children victimized by those “predator priests,” and claimed that senior church officials, including bishops, monsignors and others, knew about the abuse but routinely covered it up.

The probe is regarded as the most comprehensive report on clergy sex abusers by a U.S. state. Immediately after its release, international news organizations detailed Shapiro’s harsh condemnation of the priests who had allegedly abused hundreds of children — and the church officials who had known about and covered up that abuse. Shapiro quickly became known as “the face behind the bombshell investigation.”

On November 15th, at Philadelphia magazine’s annual ThinkFest event, Shapiro will discuss in depth the journey leading up to his office’s sobering announcement, as well as what it means for the survivors of sexual abuse. Plus, he’ll ruminate on how the Catholic institution — in Pennsylvania but also across the world — could better prevent such harm, as well as the legislative fight to allow survivors of clergy abuse to sue the Catholic church.

Shapiro is among dozens of influencers set to appear at ThinkFest 2018, which will be held at the Annenberg Center for Performing Arts on Penn’s campus. Other movers and shakers include North Philly rapper Meek Mill and Sixers co-owner Michael Rubin (who will discuss criminal justice reform), as well as Philadelphia District Attorney Larry Krasner and Philadelphia City Controller Rebecca Rhynhart.

Check out the full event lineup here and get your tickets for ThinkFest 2018 before it sells out.