After giving officials quite the runaround, the bear will be transported to state game lands. 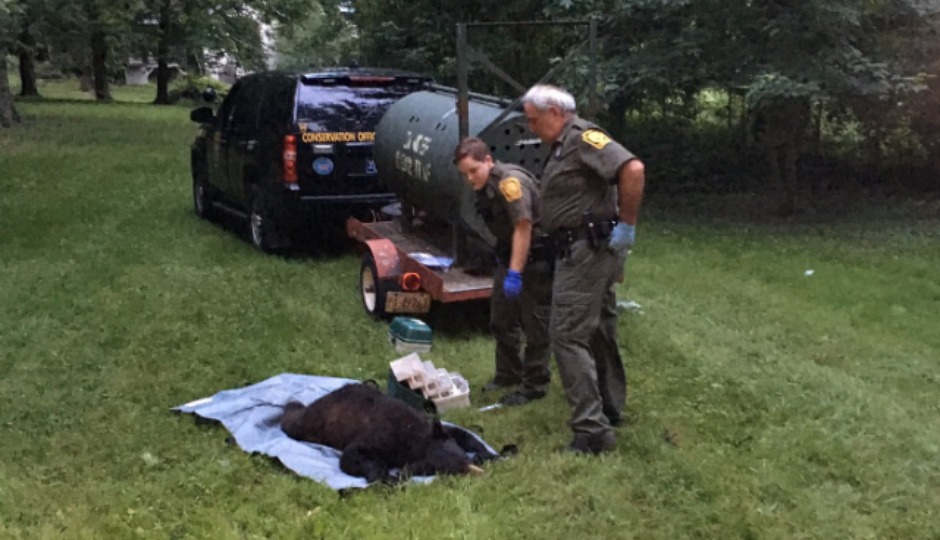 The Bucks County black bear that got away after officials tranquilized it this past weekend has finally been captured.

The young male bear, which was first spotted last week, fell asleep in a tree after getting tranquilized Sunday night. Yesterday, he took a dip in a creek and romped around a Feasterville swim club before climbing very, very high in another tree, where he spent the majority of the afternoon.

The #FeastervilleBear before he was served his eviction notice by @LSPD43 @PAGameComm with #TacAir assisting. pic.twitter.com/Y2ct79OeYx

Officials used a helicopter to scare the bear into climbing down before they tranquilized him (once again) in the early evening. This time, they were successful.

Good job by Jerry Czech and other PGC Officers who safely relocated bear that was on the loose in Sommerton/Southampton neighborhoods today. pic.twitter.com/DHwzE0xaQc

The Bucks County black bear will be transported to state game lands, where he can roam happily and climb all the trees he wants – and maybe hang out with the Radnor black bear, which was captured last year via donuts, maple syrup and honey.