Bucks County Bear Remains on the Loose Despite Getting Tranquilized

The bear fell asleep in a tree last night. This morning, it was seen romping around the Somerton Springs Swim Club in Feasterville (and yes, it took a dip – in a creek). 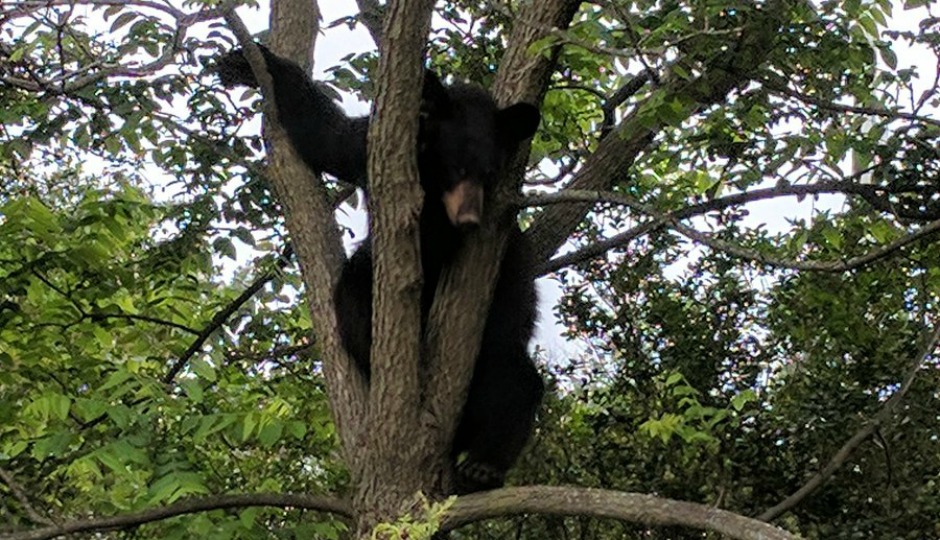 They should have used donuts, maple syrup and honey.

As you might remember, that’s how the Radnor black bear was lured to safety last year. The Bucks County bear, on the other hand, is proving to be a much more difficult catch since it was first spotted last week.

Last night, the Pennsylvania Game Commission attempted to tranquilize the bear while he sat in a tree. But that didn’t work – the bear just fell asleep in the branches while crowds amassed at the tree’s trunk. Officials waited near the tree for hours and eventually gave up.

At some point, the bear came down and made its way to the Somerton Springs Swim Club in Feasterville, where he took a dip in a creek this morning.

BEAR SIGHTING: The black bear wandering around Feasterville is on the move again, even wading in a creek: https://t.co/UtG8Bpzbsp pic.twitter.com/ljznN8fryJ

Now, he’s hanging out in another tree.

Officials say the bear, thought to be a two-year-old, 175-pound male, is currently not a threat – though residents should obviously stay away (and alert the police) if they see him. Game Commission employees haven’t attempted to tranquilize the bear yet today out of fear that he would get hurt if he were to fall from the tree.

So far, the Bucks County bear has proven to be even more entertaining than the Radnor black bear – which inspired an amusing parody Twitter account. Bucks County residents took to social media today to observe the bear’s happenings – as well as comment on the search for an escaped prisoner who allegedly fled Bucks County today. (Police called off that search this afternoon after receiving information that the inmate had left the area).

So if I head southeast out of the neighborhood, there is a bear. If I turn northwest there is an escaped prisoner. Bucks County decisions