We're looking back at the year-that-was. In this installment, the best (and worst) of spring, 2017. 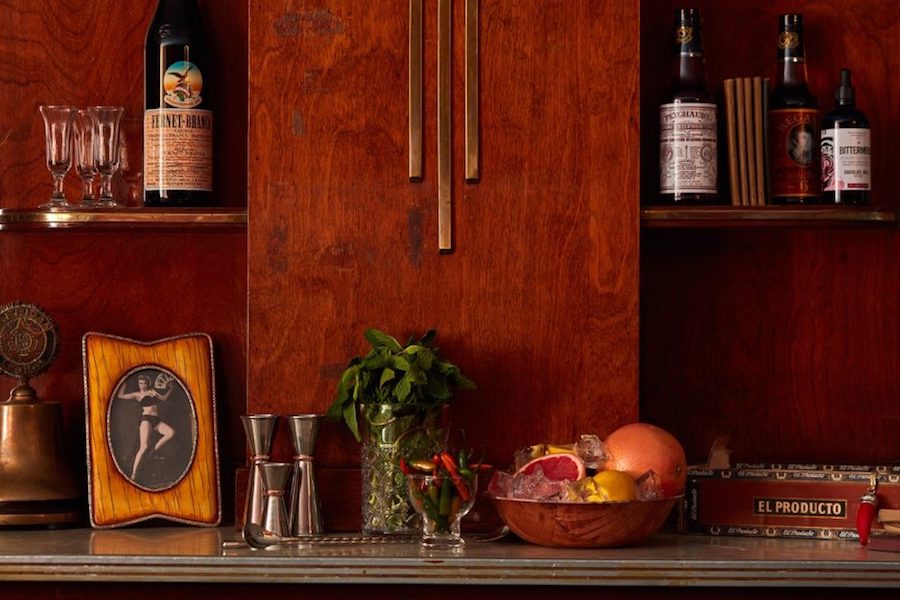 With the end of the year fast approaching, we’re wrapping things up with a 3-part look back at the restaurants that moved us, disappointed us or blew our minds. In Part Two, we see how, sometimes, you just get lucky. And how sometimes you have to cheat.

2017 did not start off strong. There were bad meals and there were weird meals and there were meals that made me think that Philly had lost it. Whatever it was that this city had — some kind of magic, some kind of secret, blue collar, DIY juju that’d turned it into one of the best restaurant cities in America — it’d gotten misplaced somehow. The restaurants I was going to were not…good. Like not really at all.

One night at Royal Sushi and Izakaya changed all that. And afterward, the hits just kept on coming — beginning with a restaurant that I just couldn’t say anything bad about — which is not a problem I often have.

“So often, these reviews I write are where I come to work out my complicated feelings for restaurants that thrill and disappoint me. I come conflicted—at war with myself, friends, chefs, editors, over how I feel, exactly, about this egg or that piece of bread; battling to come to a firm conclusion on the worth and value of tacos, fried chicken, pie.

Which is as it should be. Because restaurants matter. Because dining (not eating) is always a fascinating ballet, a nonstop comedy of manners, class and social transaction, and eating (not dining) is one of the only things left in this polarized and fucked-up world that we all have in common. Everyone eats, and we should all do it as well as we can even as, around us, everything else goes all to hell.”

With Res Ipsa, though, there was no conflict. There was no push and pull. Though it is by no means a simple place, there were no complicated feelings. I loved it through and through — for everything it was and everything it wasn’t. This odd, slightly ramshackle joint in a strange, forgotten part of Rittenhouse, run by a hodgepodge crew of industry pros was everything great about Philly in that moment. And it still is today.

Believe it or not, though, things were about to get even better.

Do You Believe in Magic: Palizzi Social Club
April 25th, 2017

“On a normal night, Palizzi is good—an odd, crowded little clubhouse full of excellent food and strong drinks. But on a great night, when the kitchen’s rocking and the band plays Louie Prima and the crowd all spontaneously starts to clap and sing along, it’s something like magic. Sure, the rules are a bit of a drag. They’re half a gimmick, half a necessity, and if they bug you that much, don’t come. No one’s forcing you, and it’s not like you’ll starve for raviolo and braciole in this town without Joey Baldino’s versions. But personally, I’m cool with the extra complications when the thing on the other side of the door is worth it. And at Palizzi, it is.”

I broke the rules to review Palizzi. It’s a private club, so there are rules. And one of those rules is No Reviews. I lost my membership over that (one of the more valuable things I have ever owned, considering Palizzi is now ranked among the best restaurants in the country and is no longer accepting new members), but it was totally worth it. To have the experience of dining there a couple times — to see it in its first, purest, best iteration — and then to get to tell those stories? I have no regrets.

Well, I will miss the raviolo Vasto, I guess. And the spaghetti with crabs. And hanging out at the bar on a busy night with a drink and some beans and greens. But there were other adventures out there waiting for me, and after I’d gotten my membership taken away we hit three awesome fast-casual operations in quick succession. Poi Dog is a killer Hawaiian joint with counter service, huge plate lunches that they’re almost giving away, Spam musubi and excellent poke. Michael Solomonov’s Goldie is a three-trick pony, offering falafel, french fries and tehina milkshakes that rank among the best milkshakes (of any variety) I have ever had. And Puyero brings Venezuelan street food to Queen Village in such a smart, approachable and convenient way that you eat there once and immediately start to wonder how you’ve gone all these years without having Venezuelan food as a part of your life.

All three of those places were interesting versions of Philly’s booming fast-casual scene. Before that, it’d been a private supper club. Then a couple of all-day cafes. So what was next?

“With its muted design, well-stocked bar, $17 steak sandwich and skate wing roulade, it becomes a restaurant that you have to choose. In the past, mall dining has been exclusively about convenience. Anyone with exhausted mall eyes, Tuesday sweatpants and a fuck-it-I’m-just-hungry attitude could wander into the Grand Luxe Cafe for some fried carbs or Maggiano’s for a bucket of spaghetti. It took no thought.

But Mistral is different. It’s a mall restaurant for a new age of malls and restaurants — edible high ground staked out at some point between fine dining and Fuddruckers, hewing not to an egalitarian notion of food for the lowest common denominator but to approachable food elevated to a level where it can pass as cuisine rather than just dinner.”

When the team from the award-winning fine dining restaurant in Princeton, NJ decided that they were going to open their second location at the King of Prussia mall — when they decided that they were going to do it with a sense of humor, with an almost post-modern awareness of the ridiculousness of what they were attempting and a little bit of fuck-you-don’t-tell-me-what-I-can’t-do attitude — I just had to check it out. And the result was three of the most stunning meals of the season, with excellent ramen, plates of pork belly and sticky rice, tuna tartare balanced on a squid ink rice cracker, and several plates of the greatest riblets that have ever existed — smoky and fatty, glazed in soy, served with pickled shiitakes and perfect scallion pancakes. I was amazed by what chefs Scott Anderson and Craig Polignano were serving, and even more, impressed by the balls it took just to attempt something of this quality. The fact that they didn’t allow the location or any assumptions about the kind of crowds they would attract back them down an inch? That was what made me love Mistral.

Well, that and the riblets. Seriously, if you’ve got the time, it’s worth going just for the riblets. They really are that good.

“On a steamy Wednesday afternoon, I eat steamed mandoo dumplings with metal chopsticks and pork soondubu with a raw egg bobbing in the center, poaching slowly in the chili-spiked tofu broth. On the big flat-screen hung at one end of the room, the Food Network is showing an old episode of Pioneer Woman. She makes some cheap-jack garlic bread mounded up with cheese while I pierce the yolk of my egg and watch it leak yellow into the stew, while a radio somewhere plays Fleetwood Mac and tables of locals mix with high-school kids filtering up from the stalls downstairs, looking for something more substantial than rolled ice cream and bao.”

Dae Bak is the Korean restaurant that sits on the second floor of the new(ish) Chinatown food hall. And for someone like me who thinks Korean BBQ is just fine, but prefers the heavier, stranger, more workaday side of the Korean canon — the soups and stews and gussied-up leftovers of Tuesday nights and Sunday mornings in Seoul or Busan — Dae Bak was one of the best things to happen to Philly all year. If you’re looking for hot dog soup, giant shrimp pancakes, a dozen hangover-curing stews or kimchi, this is the place. I’ve been back a couple times since I wrote this review, and I like it more every time I go.

“There’s something about fried chicken that speaks to the obsessive streak in certain people. Like barbecue, like soup dumplings, fried chicken is one of those things that dedicated eaters can spend a lifetime cataloging, going further and further afield, chasing after some sweet and mythical epitome like all their breath and future happiness depend on it.”

I am one of those people, absolutely. Philly has had an on-again/off-again fetish for fried chicken going back years. Decades, maybe. We’ve had spikes in our levels of interest that border on freakish — times when it seemed like every restaurant in the city had to have some dunked birds on their menu or risk being left behind — but they have always faded. My dedication, on the other hand, is pure. I will eat fried chicken almost anywhere. I will go well out of my way just to try some that is supposed to be good.

Love & Honey’s chicken? It is very good. There are some issues with the sides, and I don’t love their collards (which are and always will be fried chicken’s best friend, Chewie to its Han and Laverne to its Shirley), but the fried chicken — honey-touched, crisp-skinned and just as good cold the next morning as it is hot — is remarkable.

And that’s where I’m going to leave us for today — midway through the summer, with chicken grease on our fingers and the sun in our hair. Royal Izakaya, Res Ipsa Palizzi and Mistral were the high points of a fantastic four-month run of eating, but there were no bad moments in the late spring and early summer of 2017. Everything was wonderful. All the restaurants were brilliant. For a time, it seemed like every meal was better than the last.

But that kind of luck? It doesn’t hold forever. And things were about to change.