Of Ramps and Riblets: Mistral Reviewed 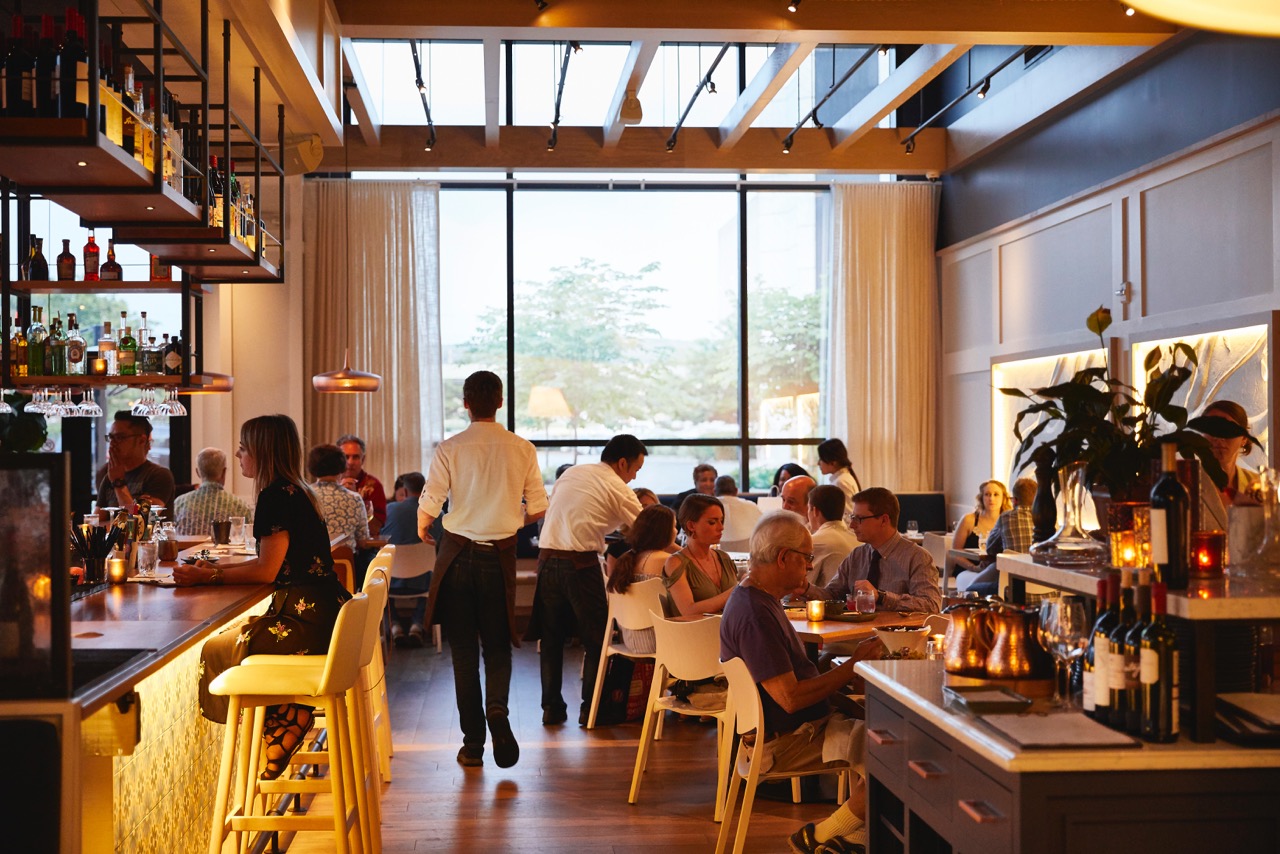 But we’re in a different world now. Hotels in Philly have restaurants that are actually worth going out of your way for. Not all of them, certainly, but some. And the mall?

Well, the King of Prussia mall has been investing big in its restaurants. Philly-based Hai Street is in there rolling sushi burritos, there are two Shake Shack locations (one inside, one freestanding), plus several other reasonable fast-casual options. There are still terrible restaurants and boring restaurants and restaurants that exist only to serve deep-fried food in table-breaking volume. But in the strangest possible move, the KOP mall also snagged the second location for New Jersey’s lauded farm-to-table restaurant Mistral, which is where I’m sitting on a Saturday night, eating riblets and loving them nearly as much as I’ve loved anything in as long as I can remember.

Order This: The riblets. Then a second order of riblets. Then the ramen, the pork belly and pretty much anything else that looks good to you. It’s tough to go wrong.

I’m serious: riblets. On the menu as “Riblets” in a half-clever lampoon of the ubiquitous Applebee’s appetizer, served on a long, narrow plate with quick-pickled shiitake mushrooms and cucumbers that are as good as anyone else’s in this age of pickling everything; with a sweet soy Asian glaze that plays to the smoke and fat of the pork peeling off the short bones, and thick scallion pancakes so addictively good that I want to fill my pockets with them and eat them all night long.

Keep this in mind: The KOP Mistral is not like the Princeton Mistral. It couldn’t ever have been, and it was wise that the team didn’t try too hard to make it into a carbon copy. James Beard-nominated chef/owner Scott Anderson hired an old friend, Craig Polignano (with whom he trained back in the day at the Ryland Inn), to run the kitchen at KOP, and the two of them came up with a menu and concept that bridges the gap between fine and casual dining. So where the original is a close-to-the-land Frenchy-Asian fine-dining destination offering fried hen egg with fermented greens and smoked cod beignets with malt vinegar cream, this one has chicken wings with a sweet/hot chili and pineapple glaze, smoked salmon rillettes with potato chips, and riblets that are better than any mall food should be in a just and reasonable world. It has a bowl of ricotta tortelloni with spring peas in a mushroom broth topped with a snowfall of mushroom-scented pecorino cheese, and a salad of market greens that tastes like a dozen different things at once — arugula and fresh strawberries, pistachios, mustard greens, and a creamy smoked goat cheese hidden underneath the jungle tangle. The two restaurants share supply lines and a common DNA, but they aren’t twins. Hardly even brothers.

On one night, I eat slow-roasted pork belly over beautiful sticky rice in a puddle of hot-but-not-too-hot Szechuan pepper sauce, dressed with a handful of sea beans. On another, ramen that at first blush tastes too dark and rich and smoky if you have the 99-cent grocery-store version in your mind but then settles (after the second taste, and the third) into a complex version of Japanese noodle soup with egg and pork belly, kimchi and soy, comparable only to the weird multicultural fusions done at, say, Cheu Noodle Bar. Brace that with grilled sourdough with fresh ricotta, honey and ramp oil and maybe some tuna tartare balanced on a squid ink rice cracker, and you’ve got a meal that wouldn’t be out of place on Chestnut Street — in look, modernity or quality.

Granted, it ain’t cheap. A flat-iron steak, sliced and fanned, with roasted potatoes and mushrooms will run you $30, and the chicken thighs with grits are $25. But that, too, is in keeping with what Mistral is attempting. With its muted design, well-stocked bar, $17 steak sandwich and skate wing roulade, it becomes a restaurant that you have to choose. In the past, mall dining has been exclusively about convenience. Anyone with exhausted mall eyes, Tuesday sweatpants and a fuck-it-I’m-just-hungry attitude could wander into the Grand Luxe Cafe for some fried carbs or Maggiano’s for a bucket of spaghetti. It took no thought.

But Mistral is different. It’s a mall restaurant for a new age of malls and restaurants — edible high ground staked out at some point between fine dining and Fuddruckers, hewing not to an egalitarian notion of food for the lowest common denominator but to approachable food elevated to a level where it can pass as cuisine rather than just dinner. It’s better by an order of magnitude than anything that surrounds it and can honestly stand as a destination all on its own — a reason to go to the mall that has nothing at all to do with the mall.