Todd Lyons spent years getting his fried chicken recipe just right. It was worth it. 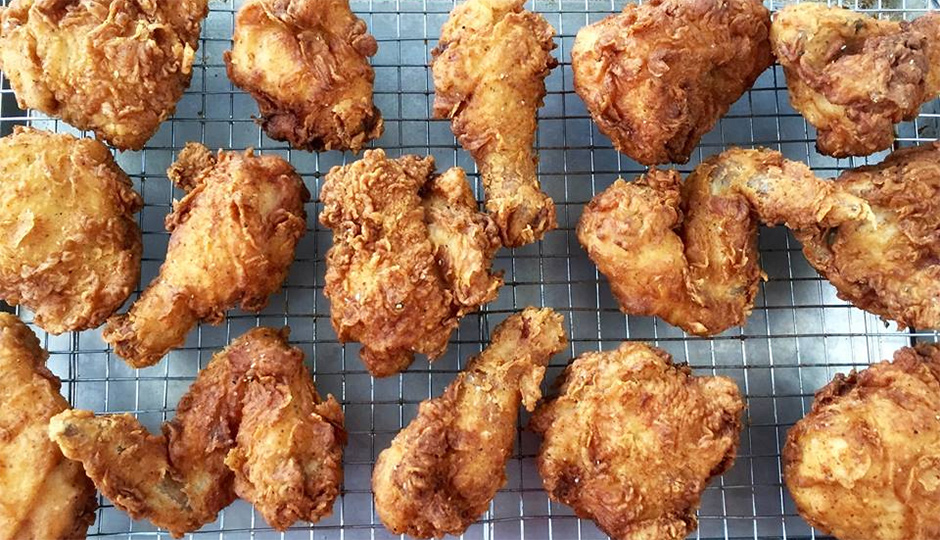 Fried chicken is the star at Love and Honey (Photo: Facebook)

There’s something about fried chicken that speaks to the obsessive streak in certain people. Like barbecue, like soup dumplings, fried chicken is one of those things that dedicated eaters can spend a lifetime cataloging, going further and further afield, chasing after some sweet and mythical epitome like all their breath and future happiness depend on it.

And those who cook it? Particularly among those who do it for a living, fried chicken becomes not just a food—not just an edible object whose preparation requires a certain set of discrete steps—but a vocation. A passion on which they can spend an inordinate amount of time, sweat and treasure.

Order This: The fried chicken, obviously. As much as you can hold. And then some extra for tomorrow.

Some might say that’s an awful lot of energy to waste on chicken, but I stand squarely on the side of the freaks and fetishists, the compulsive deep- fryers and long-haul searchers after shattering skin and brothy dark meat.

Todd Lyons (who, along with his wife Laura, owns Love & Honey) spent years tinkering with his fried chicken recipe like there was some magic formula he could crack, some hidden truth. And when he thought he had the recipe just right, he and Laura rolled the dice. They found themselves a space on the ragged edge of NoLibs, brought in the fryers, built a counter and hung out their shingle.

And Todd brought his chicken—crisp-skinned, dark brown birds that spend eight hours in the brine before getting dusted and coated and fried—because he’s serious about his obsessions. The menu is tight: just chicken, a little sweet cornbread with honey butter, a few unremarkable sides (inconsistently cooked pesto potato salad, collards with smoked turkey, the sixth- or eighth-best mac-and-cheese in the neighborhood), some pies. The space is small, and mostly kitchen. There are a few counter seats, but most of the business is takeout. 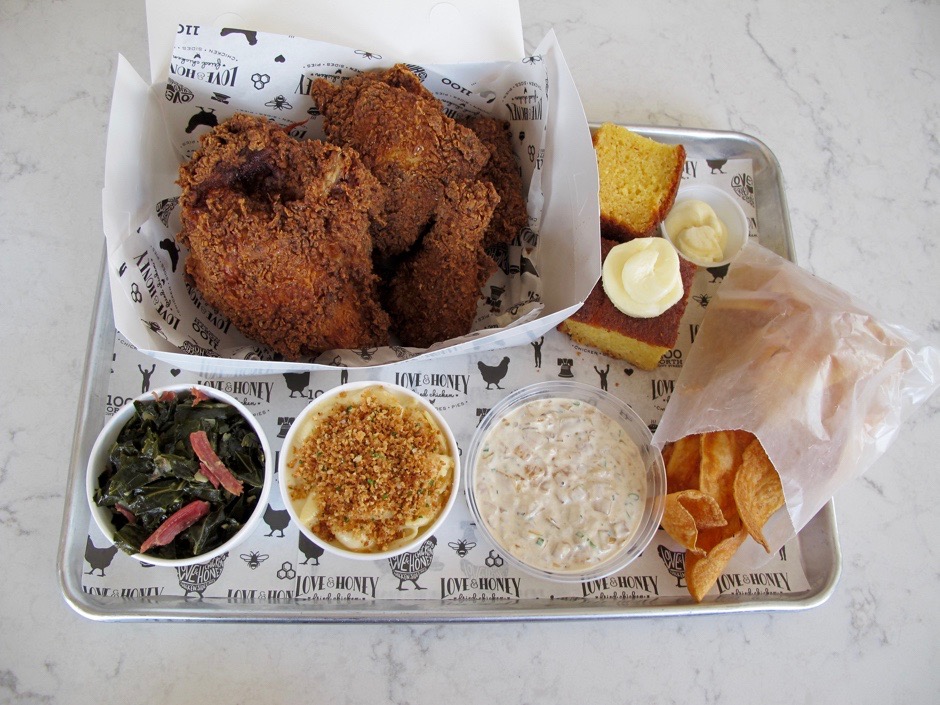 There were lines from the beginning, but people waited. In its first weeks, sellouts happened all the time. Within an hour of opening, at least once.

Which sounds about right because Love & Honey’s chicken is fantastic. Because that’s what obsession buys you: a crisp crust touched with just a tiny bit of honey as it comes out of the warming oven, and meat that’s juicy and salty and as good cold the next morning as it is hot from the fryer. It’ll buy you social media love from Questlove (local arbiter of fried chicken greatness) and crowds that will wait in line and come back the next day. Obsession doesn’t always work—doesn’t always pay off the way the obsessed dream that it will. But every now and then, it does. Like it does here, at Love & Honey.