At Goldie, Michael Solomonov and Steve Cook once again show how doing just a couple things really well works as a business model. 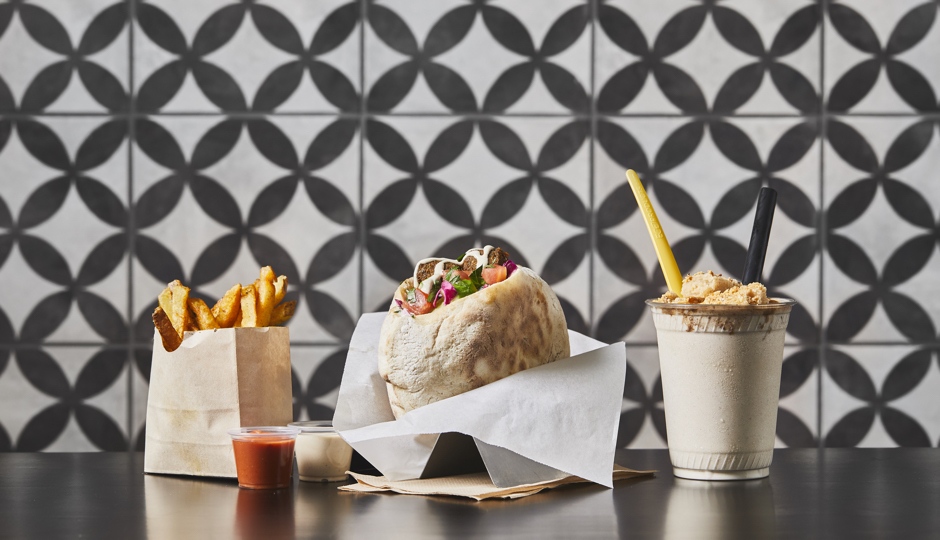 At Goldie, Cook and Solo’s new project on Sansom Street that’s situated above their charitable deli, Rooster Soup Co., the kitchen is an assembly line, turning out falafel, french fries, tehina milkshakes and … that’s it.

SNAP JUDGMENT: Add Goldie to your summer playlist immediately. You won’t regret it. Just remember that there are often lines, so plan accordingly.

RECOMMENDED: The coffee and chocolate tehina milkshakes are amazingly good, the french fries are some of the best in the city, and the falafel is…also served there.

No, really. That’s the entire menu: falafel sandwiches with three kinds of sauce, fries with za’atar or shawarma spice, and four flavors of shakes made with tehina as their base.

The space is small, but most of the business is takeout anyway, with lines regularly stretching out the door and down the steps. Of the three menu options, the falafel sandwiches are the most problematic, because the pitas are completely incapable of containing all the ingredients without immediately suffering total structural failure. All the stuff inside is tasty, sure, but less so when you’re picking it off your shirt.

Of the remaining menu items, the fries are the most amazing—stubby little hand-cut things, perfectly cooked so that they’re impossibly crispy, and lightly spiced—and the shakes are the most surprising, because a tehina shake doesn’t sound delicious when you first think about it. But it is. Here, the base is mixed with chocolate, coconut or Turkish coffee to make a shake that’s thick, creamy, sweet, and chased with just a light peanut butter flavor that’s so addictive, you end up chasing it all the way to the bottom of the cup.

Published in the June 2017 issue of Philadelphia magazine.