It's going to make your entire summer so much better. 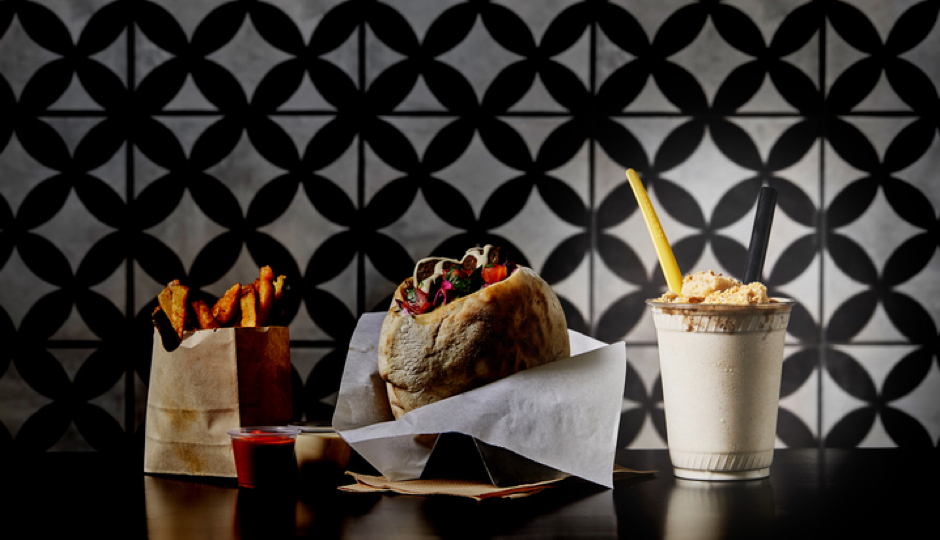 Look, I know what you’re thinking because I was thinking the same thing. A tehina milkshake? That sounds…weird. Like drinking creamy peanut butter maybe. Or somehow worse. Like sipping cold, deconstructed hummus. Like somehow turning sesame seeds into a liquid dessert.

I get it. I do. I was suspicious at first, too. People kept telling me that I had to go to Goldie to try it. That no matter what I thought it was going to taste like, I was wrong. And I wasn’t interested at all until I went to Goldie — until I had to stand in line with what I assume was every single person in Center City and wait while the line shuffled slowly forward. By the time I got close to the counter and the guy working the shake machine asked me if I wanted anything, I just said, “Sure.” At that point, I was hungry enough and bored enough that I would’ve been happy with just an empty cup to play with. But then he handed me my chocolate tehina shake and I tasted it. 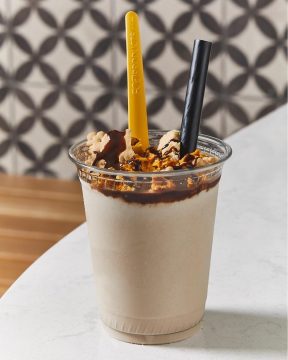 It was think and rich and sweet, but not overpoweringly so. It tasted like an old-fashioned diner milkshake from back when all the diners used real milk and real ice cream — with that same melting creaminess, that same weight and solidity — and yet it was vegan. No dairy at all.

There was only the faintest hint of tehina’s nuttiness, but it was the kind of thing that lingered in the background; that made you want to chase it. The chocolate wasn’t syrupy or slick. There was no flavor of artificiality. And the large-bore straw was perfect for the thickness of the shake–just enough that you had to work for it, not so much that you’d give yourself an aneurysm trying to get a taste.

Sure, the falafel at Goldie is good. And the fries are amazing, with their spicy kick and ideal crispiness. Together, they make up two thirds of the brief menu, with the shakes being the third leg of the tripod. But the shakes (served in four varieties: plain tehina, chocolate, Turkish coffee and coconut) are the thing that matters here. The thing that makes standing in a line that can often snake out the door and down the steps to the sidewalk completely worth it. They are unique. No one else that I know of is doing anything like them. And they are delicious like you wouldn’t believe.

I went back again the same day for a second one — Turkish coffee, which hits you like a dark lightning bolt, slightly bitter, topped with crumbled halva. There were people in line ordering them by the tray — three and four at a time. These were the smart ones. The ones who already know what’s what. They were focused — on a mission for milkshakes — and they talked about them in line to anyone who would listen. “The milkshakes,” they would say. “You’ve gotta try the milkshakes.”

And now I’m telling you the same thing. You’ve got to go to Goldie. You’ve got to try the tehina milkshakes. No matter what you think it’s going to taste like, you’re wrong. It will be better. It will be surprising in the best possible way.

And, like me, I can almost guarantee that once you have your first one, you’re going to go back for more.