The two healthcare networks will sign a letter of intent to merge on Wednesday. Both organizations say the move would help them bring more quality care to where patients are. 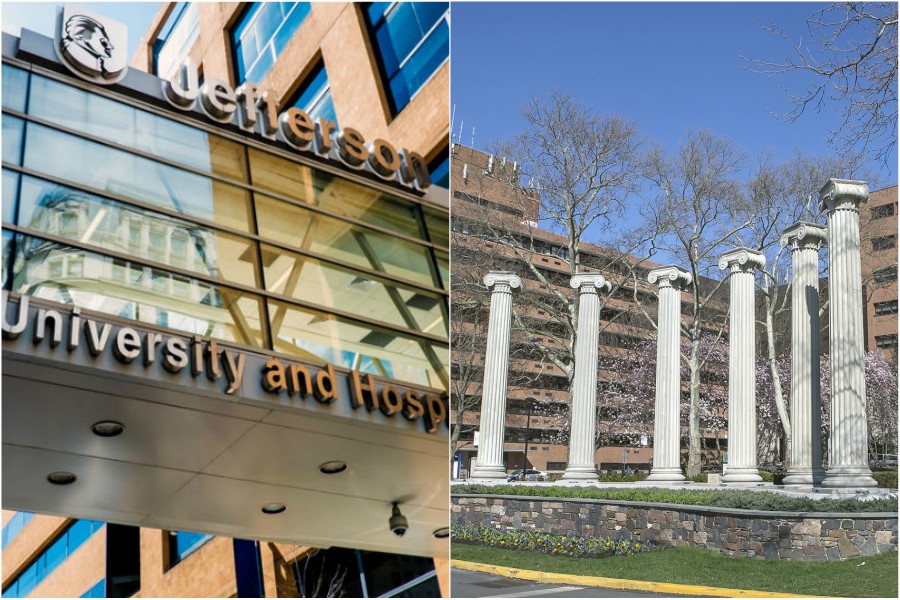 Jefferson Health system and Einstein Healthcare Network will likely merge in the near future creating the region’s largest residency program, according to hospital representatives. On Wednesday, the health systems will sign a non-binding letter to officially signal their intent to merge.

The merger would represent Jefferson’s sixth acquisition since 2015 under president and CEO Stephen K. Klasko. The heath care disruptor brought Abington Health into the network in 2015 and Aria Health in 2016. By the end of 2017, Philadelphia University and Kennedy Health system were also acquired. Jefferson merged with Magee Rehabilitation this year. Still pending is a merger with the Monell Chemical Senses Center.

This week Klasko called Jefferson and Einstein a “perfect match.” “At the new Jefferson our mission is to improve lives,” he said. “To bring Einstein, with its history, quality and values, into the family brings us closer to that goal.”

Einstein president and CEO, Barry R. Freedman, sees Jefferson and Einstein as aligned, with a mission to redefine patient care, health professional education, and how research discoveries are rolled out to patients. Freedman also views the merger as a chance to expand to areas currently outside of Einstein’s reach in order to improve the health of communities overall.

Einstein is leading the Health Enterprise Zone initiative, which is bringing key stakeholders together to determine better ways to provide care in some of North Philadelphia’s most embattled zip codes.

Klasko has told Philly Mag before that health care doesn’t always get better when institutions get bigger. But if partners find a way to “drive quality care that’s consumer facing,” the mergers mean that care will reach patients where they are, he said.

After signing the letter of intent on Wednesday and before signing a definitive agreement, both organizations will enter a period of due diligence to better assess the implications of a merger.