Here’s what the Health Enterprise Zone has accomplished one year in. 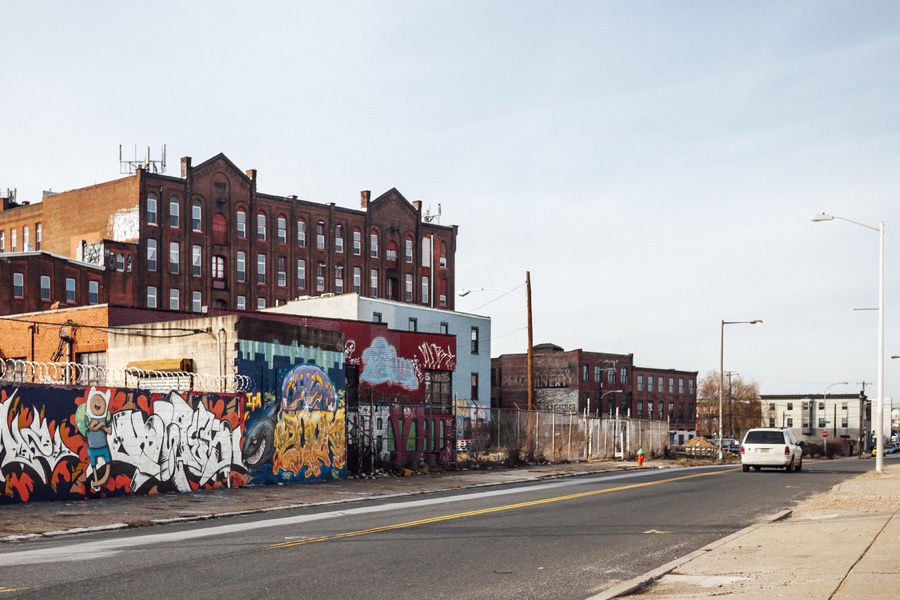 It’s been a year since health and government officials across the city and state came together to form the North Philadelphia Health Enterprise Zone. The initiative, which brings together around 50 organizations representing private entities, health centers, government alliances and Philly’s big providers, is zeroing in on North Philadelphia to determine better ways to provide health care for residents there.

According to the team, nearly 300,000 Medicaid recipients, or, 13 percent of Pennsylvania’s Medicaid population, live in the North Philadelphia Health Enterprise Zone (HEZ). Residents there are more likely to experience deep poverty that takes a toll on not only their health, but also on their education, income and employment. And the life expectancy of many residents in some HEZ zip codes is 20 years shorter than the life expectancy of residents in some suburban zip codes, the coalition says.

“There is currently a disparity in health outcomes for residents in North Philly compared to those in other parts of the city,” Mayor Kenney said when the HEZ launched. “We need to work collaboratively with system partners to make life better for those who live here.” And collaboration is the HEZ’s biggest means for reaching its goals, says Einstein Healthcare Network president and CEO Barry Freedman. Because the zone is home to five hospitals, four health systems and two universities, Freedman, who’s one of the leaders behind the HEZ, says there’s ample opportunity to rethink health care in the neighborhood to improve outcomes. BizPhilly talked to Freedman to determine where things are with the big undertaking one year in.

BizPhilly: What’s one goal the HEZ had for year one?
Our goal for the first year was to organize the effort by bringing together a coalition of representatives from the state, city, local universities, and institutions like Einstein, Hahnemann and Temple. This year we constituted four committees — one on health, one on education, one on community, and another focused on technology. Each of those committees then created specific goals to achieve the purpose and mission we established.

We also decided to run some focus groups because we believe very strongly that this cannot be a top down initiative. It really needs to take root in the community, so it’s important to hear directly from community members about their concerns and interests. We ran five sessions and always had Spanish interpreters present. We actually ran one session in Spanish to be sure we got good feedback from the community. We’ll release a report later this fall summarizing the findings of these committees. The release of the report will constitute the completion of phase one. In phase two, we will develop specific proposals and innovative solutions to address the issues that have been identified by the various committees.

And overall, our particular focus, in the state’s interest of course, is on Medicaid beneficiaries. We have approximately 300,000 Medicaid beneficiaries in the health enterprise zone, and as you can imagine, that’s a very high cost for the state. So we’re trying to see if there’s anything we can do to create better health outcomes and effectiveness in care to in turn maintain costs or lower costs for the residents of Philadelphia and the state.

BizPhilly: Can you share a finding from any of the committees’ focus groups or a goal one of the committees identified in phase one?
The technology committee is trying to identify applications that can support patients and improve communications with caregivers. Maybe we can find a device that allows us to communicate with people that are at home and can’t get to their physicians. We could gauge their controlled diabetes, for example, and see whether they’ve gained weight and what their blood count readings are. Things like that would tell us whether we have to bring someone in sooner rather than later. A problem we have is that there are so many different providers and information is always exchanged quickly and readily. If patient comes to Einstein’s emergency room and then tomorrow they’re at Temple’s emergency room, how can we access that information so we’re not redundant and not working at cross-purposes?

For education, the goal overall is to create greater awareness for the community, whether it be around services that they can access, workforce development, or workforce training. The community committee overlaps with that because they really want to focus on linking social services that exist with the health care services, community organizations, faith-based organizations, and even business and non-profit entities.

BizPhilly: What is the timeline for each phase? I’m wondering how this project will look like two years from now, for example. Is everything mapped out or is this more experimental?
I would put it in the experimental category. But one of the things we’re trying to do is borrow from other urban areas that have had some success. Instead of reinventing the wheel, we think it makes sense to look at best practices and success stories in other urban settings to see if we can repeat some of those successes here in our laboratory. The Camden Coalition, for example, has been working on this for 10 years.

Each year we plan to pilot certain things and accomplish some very specific advances. And my guess is each year we’ll also discover further problems and further opportunities. Each of those can gain a life of its own and go on for a decade. But we’ll only move forward if we make progress on the initial goal of being able to demonstrate and improve health outcomes, demonstrate health efficiency, and hopefully improve the living standards for many vulnerable people in our community.

BizPhilly: How has the national discussion on health care and also the opioid epidemic impacted the Health Enterprise Zone’s goals?
Not to lead with my chin here, but as you might suspect I’m an advocate at a minimum of the Affordable Care Act and at the maximum of a universal coverage payer system. I think that’s the most important thing we can fight for to prevent us from creating a barrier in front of vulnerable populations. And that barrier is a financial barrier. On the national front whether they introduce changes like Medicaid block grants, which has come in many of the proposals that the Republicans are advancing, it means scarcer resources and even more difficulty in doing what we hope to do in terms of providing care. To the extent that there’s more money than less money, it will be easier for us to reach as many as we can reach to accomplish what some of us would like to do, which is health care as a right for every American citizen.

In terms of opioids, needless to say, we see a problem in our community here in North Philadelphia. The center of our city’s opioid epidemic is probably right here in North Philadelphia. And like the rest of Philadelphia, and for that matter the rest of the state and country, this epidemic is new to us and it requires a lot of planning. This is an issue that the health committee is taking up and will link and coordinate with the Mayor’s task force. One reason some of the residents of North Philadelphia disproportionately utilize emergency rooms at a much higher frequency is due to the impact of opioids and the drug problems and medical complexities it creates. So it’s definitely an important area we’ll be looking at.

BizPhilly: How will the Health Enterprise Zone measure success?
It’s definitely important to measure and to monitor what we’re doing. We will have to develop metrics around our specific goals. And here’s one example. It’s with the phrase “super-utilizers” that is often used. In North Philadelphia, there are probably several thousand patients — between 3,000 and 5,000 — because I know there are at least 1,000 at Einstein alone that would classify as super-utilizers. Those patients probably consume $10 to $30 million in costs for their emergency room visits. They probably visit the emergency room on average, seven to ten times a year, which is a pretty high number that’s reflective of underlying problems like chronic disease, drugs, homelessness or nutritional insecurity. I would like to see that the frequency of utilizing the emergency room is dramatically reduced. That would be reflective of improvements in some of these other conditions. And obviously, that would also bring down costs for the state. It actually might be detrimental to the institutions from a financial standpoint, unless we have the appropriate incentives. But it’s the right thing to do for our patients. I can imagine that being a concrete metric of success.

BizPhilly: Are you facing any unexpected challenges with the HEZ? Maybe something you didn’t really see when you started a year ago?
As an organization, we’re used to seeing a problem and going in immediately to tackle it and fix it. But what I’ve realized is this is going to take longer than we would’ve liked. I think we have to embrace the reality of what others like the Camden Coalition have experienced, that this is a long-term effort. We have to keep focused on it and keep working toward it. For me that’s very frustrating. I would like a quick fix, but I don’t think there are quick fixes. That’s probably one of the most obvious challenges but it’s a little unexpected to me.

BizPhilly: Is there anything else you’ve taken away from phase one of the project this year?
The most shocking thing I’ve learned is that women delivering babies in several of our zip codes can expect the life expectancy of their children to be shorter than that of a baby born in Afghanistan. That is just mind-blowing to me. I’ve also learned more about the enthusiasm and openness of the providers of the North Philadelphia providers. Rather than act as competitors, they’re acting as collaborators. They’re jointly working to forge solutions that will benefit the residents of our community. It’s refreshing that they’re putting self -interest to the side. I honestly believe we have the ability to effect real change. But like anything in a large community, you can’t do it by yourself. It takes a village, and we’re not going to make it unless we have everyone rowing in the right direction.