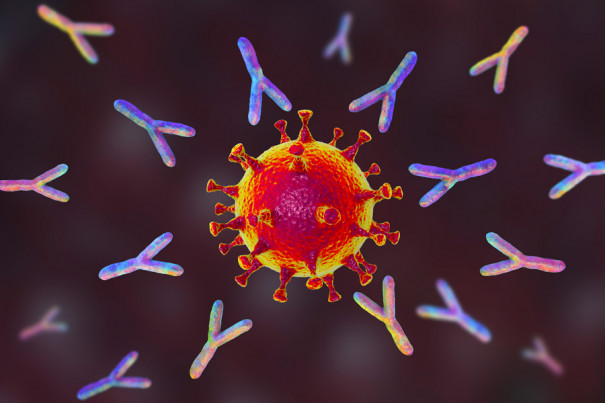 Variants of SARS-CoV-2, including those first identified in the UK (B.1.1.7), South Africa (B.1.351), Brazil (P.1 and P.2), and California (B.1.429/427), continue to spread across the globe. Due to their increased transmissibility and disease severity, they have been classified as “variants of concern” by both the World Health Organization and the CDC. And though the vaccines authorized for use in the United States perform well against these variants, new variants — including the “double mutant” variant (B.1.617) currently sweeping through India — keep the fight against COVID-19 an uphill battle.

For these reasons, Exton-based biopharmaceutical company Immunome is developing an “antibody cocktail,” which has recently demonstrated strong performance against the SARS-CoV-2 variants of concern in preclinical testing. Last week, Immunome announced that in preclinical testing, their candidate, known as IMM-BCP-01, neutralized the UK, South Africa, Brazil, and California variants and exhibited combinatorial effects in vitro against the variants. While IMM-BCP-01 has not yet been tested in humans, their preclinical round shows neutralization not only occurred in cultures of several pseudoviruses — viruses that mimic the SARS-CoV-2 variants of concern — but also in the actual variants themselves. Additionally, the company tested their drug candidate on hamsters infected with SARS-CoV-2, and found that the cocktail was able to demonstrate efficacy both as a prophylaxis for animals dosed pre-infection and as a treatment for hamsters dosed post-infection.

IMM-BCP-01 contains three monoclonal antibodies that bind to complementary, non-overlapping regions of the SARS-CoV-2 spike protein. According to Immunome, this binding occurred with complex mutations, like B.1.1.7, B.1.351, P.1, P.2, and B.1.429/427, as well as with several individual mutations, including those associated with the recently emerged B.1.617. Additionally, two of the three selected antibodies in the cocktail bind to areas of the spike protein that may be resistant to evolutionary change.

Purnanand Sarma, Immunome’s president and CEO, says IMM-BCP-01 was developed using the company’s proprietary human memory B cell platform. (Memory B cells, which are part of the immune system, create antibodies whenever a virus or infectious disease invades and remembers that pathogen for the future so that the body produces antibodies faster the next time around.) “The roots of Immunome are in infectious disease,” Sarma says. A few years ago, “we looked at multiple strains of the polio virus, and our findings showed that antibodies, directly isolated from humans, cut across and help protect against all strains of the polio virus. Once the pandemic hit, we applied this approach to SARS-CoV-2, since we hypothesized that the virus was going to be under tremendous selective immune pressure, especially once the virus begins mutating and vaccines start arriving. We wanted to create a potent therapeutic that would work across multiple patients, not simply for those who have successfully fought the disease.”

Last July, Immunome was awarded a $13.3 million agreement from the U.S. Department of Defense’s Joint Program Executive Office for Chemical, Biological, Radiological and Nuclear Defense (JPEO-CBRND) in collaboration with the Defense Health Agency, to support Immunome’s COVID-19 research and development program. This, according to Sarma, allowed Immunome to be prepared for anticipated variants by having, what he calls, a “library of antibodies” that they could use to constantly isolate and test. Immunome focused on targeting subdominant epitopes — parts of antigen molecules to which antibodies attach, but that are often difficult to target due to the virus shielding or obscuring them. Sarma says this kind of epitope tends to not change through the normal course of evolution, and that any change that might occur is detrimental to the invading virus. Knowing that, he says, is why selecting these regions of the virus was so important: It gave Immunome the opportunity to target multiple variants of the virus with the same antibody.

Immunome plans to file an Investigational New Drug (IND) application with the FDA later this year, a necessary step before they can begin to test the therapy in humans. Overall, Sarma says Immunome is very excited over the speed with which IMM-BCP-01 can isolate antibodies, which could be extremely beneficial for preventing future outbreaks. “Our rapid response technology has the potential to prepare the country, in the event of another big wave of COVID-19,” he says. “We sincerely hope that doesn’t happen, but we need to be ready in case it does.”