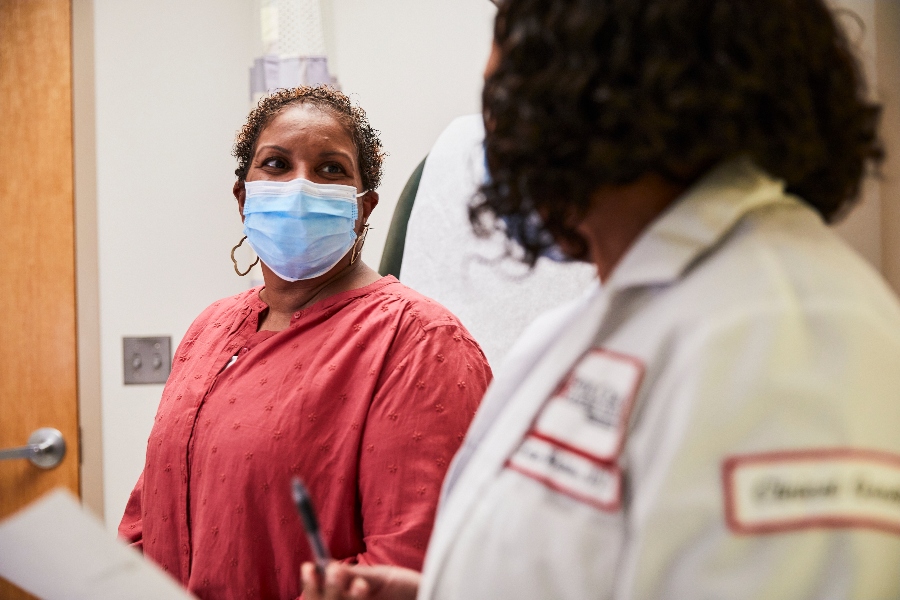 Though the American Cancer Society deems multiple myeloma a fairly uncommon type of blood cancer, nearly 35,000 new diagnoses of the disease are estimated for this year alone in the United States. And according to Henry Chi Hang Fung, chair of Fox Chase Cancer Center’s department of bone marrow transplant and cellular therapies, about 75 to 100 of those cases arise in Philadelphia, particularly among the city’s elderly and Black populations.

Multiple myeloma begins in the plasma cells, which are responsible for making disease-fighting antibodies, according to the National Institute of Cancer. Abnormal plasma cells build up in the bone marrow, causing tumors and preventing the bone marrow from making sufficient healthy blood cells. While advanced treatments have emerged in recent years including chemotherapy, immunotherapy, and stem cell transplant, multiple myeloma still remains incurable. Patients living with the disease have an average life expectancy of five to 10 years after diagnosis, and often experience intermittent periods of remission and relapse.

Now, patients who have either not responded to or whose cancer has returned after at least four different therapy regimens have a new, promising treatment option — and it’s being offered at one of Philadelphia’s top cancer centers. Idecabtagene vicleucel — more commonly known by its brand name, Abecma — is the first cell-based gene therapy for multiple myeloma approved for use by the FDA. It is a form of CAR T immunotherapy manufactured at Bristol Myers Squibb’s cellular immunotherapy manufacturing facility in Cambridge, and will be offered at Fox Chase Cancer Center, among other hospitals across the country.

According to Fung, Abecma is composed of a patient’s own healthy T cells, which are extracted and then genetically modified to include a B-cell maturation antigen (BCMA), as BCMA has been shown to significantly improve treatment outcomes for multiple myeloma. Once modified, the T cells are inserted into the patient via a one-time infusion, and they attack and kill the myeloma cells.

The recent FDA approval is a result of Abecma’s Phase II clinical trial, which involved 140 patients living with relapsed or refractory myeloma and had received at least three prior lines of therapy. Out of the 128 who received Abecma, nearly 73 percent responded to the treatment and 33 percent showed complete response or better. Up to 12 months later, 65 percent of treated patients remained in complete response.

Abecma has shown to cause severe side effects, including neutropenia (a significantly low count of a particular white blood cell), thrombocytopenia (low blood platelet count), neurologic toxicity, and cytokine release syndrome, an acute inflammatory syndrome that can cause high fever and flu-like symptoms. These side effects were found to be mostly low-grade with eventual resolution. However, due the risks and the specialization required to administer CAR T immunotherapy, the FDA is requiring that Abecma be administered at certified treatment centers. Fox Chase was approved to offer Abecma because it is accredited in immune effector cell therapy by the Foundation for Accreditation of Cellular Therapy.

Though Abecma has shown to yield negative side effects, Fung says this new treatment has the potential to vastly improve the lives of patients who would otherwise be on track for hospice care. “While we don’t know for certain yet the length of time, Abecma has the potential to extend the quality of life for patients who did not have further treatment options,” Fung says. “There are also some additional promising treatments on the way, and this specific cell therapy will be extended to myeloma, cervical cancer, and sarcoma, which could be a game-changer for many patients living with cancer.”