They'll officially be one on Saturday. Here’s what the new school, to be the fifth largest in Philadelphia, will be called, what they’re doing about mascots and what it all means for the city’s higher-ed landscape. 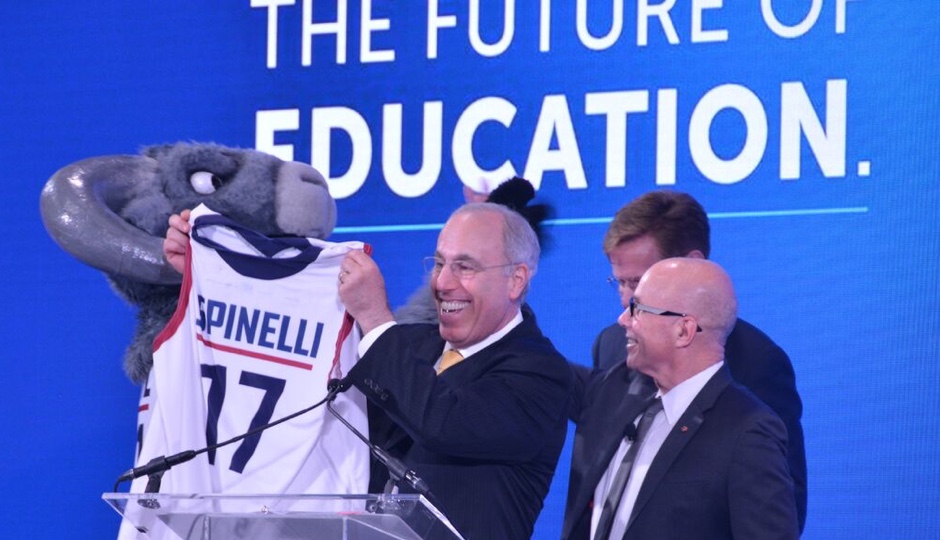 Spinelli and Klasko at the Jefferson unveiling. Courtesy photo.

On Saturday, the groundbreaking merger between Thomas Jefferson University and Philadelphia University will be official after about two years in the making.

Two big questions about arrangement: Why? And what will we call this new institution, to be the fifth largest in Philadelphia, anyway?

Let’s start with the latter. After a comprehensive study that included more than 200 interviews and a survey of 3,100 faculty, staff, alumni, current and prospective students, trustees and hiring managers, it has been decided that the name Thomas Jefferson University — Jefferson for short — best represents the brand of the new school. And though the name Philadelphia University will be no more, the school’s leaders say its 133-year reputation for excellence in design, architecture, textiles, engineering, fashion and business will not be lost.

As for why this is happening and why now, both Stephen K. Klasko president and CEO of Thomas Jefferson University and Jefferson Health and Stephen Spinelli, president of Philadelphia University say the education industry is stagnant. Jobs are changing but preparation for them has remained the same—stuck in silos and uninspiring. For the two leaders, the combination represents an adjoined rebirth of both institutions that will prepare students for “yet-to-be-imagined” professions, roles nothing like what our parents and grandparents did and even what we’re all used to now. With each school’s track record in design and health sciences, think doctors who develop technologies for the health care industry or designers as physician assistants.

“Although the world is changing rapidly, high education is stuck using old models to teach students how things used to be done,” said Klasko, who will serve as president and CEO of Jefferson. “We need to help students lead change, not react to it. We are creating a comprehensive university centered on what’s going to be obvious 10 or 20 years from now, but doing it today.”

The school plans to be deliberate about breaking down the barriers that exist between various disciplines and between education and the professional world.

“The new Jefferson is a dynamic educational ecosystem where innovation, creativity and receptivity to change are the norm and artificial distinctions between practice and education blur,” said Spinelli, who will serve as chancellor of the combined university.

Jefferson with its nine colleges and three schools, which will be home to more than 7,800 students, 4,000 faculty members and 78,000 alumni, will include campuses in Center City, East Falls, Montgomery County, Bucks County and Atlantic County. It will also boast a growing online presence, many clinical hubs across the city, and study abroad sites with locations in Italy and Japan, for example.

On Thursday, leaders of the combined school came together to show off their collective power with “innovation pods” that showcased student work and the the institutional collaborations that are already underway. 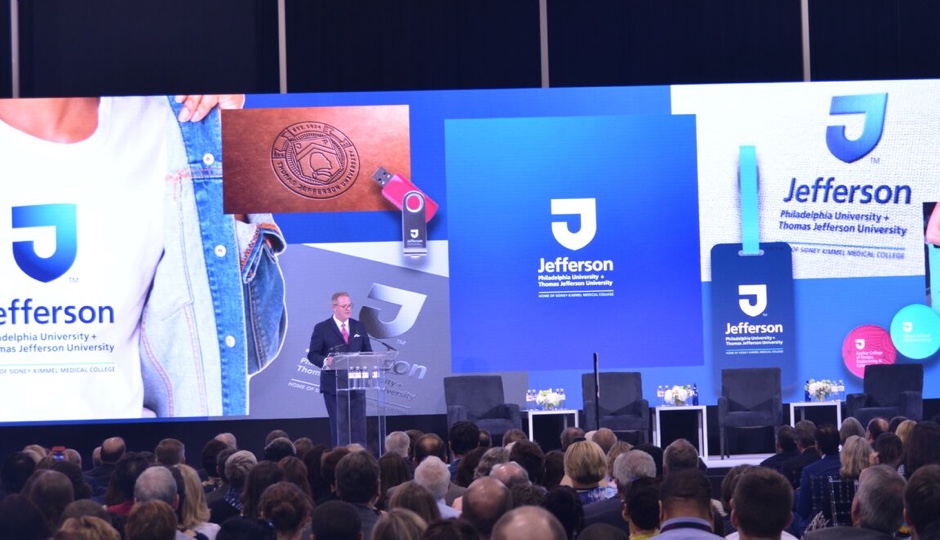 The crowd at the unveiling. Courtesy photo. 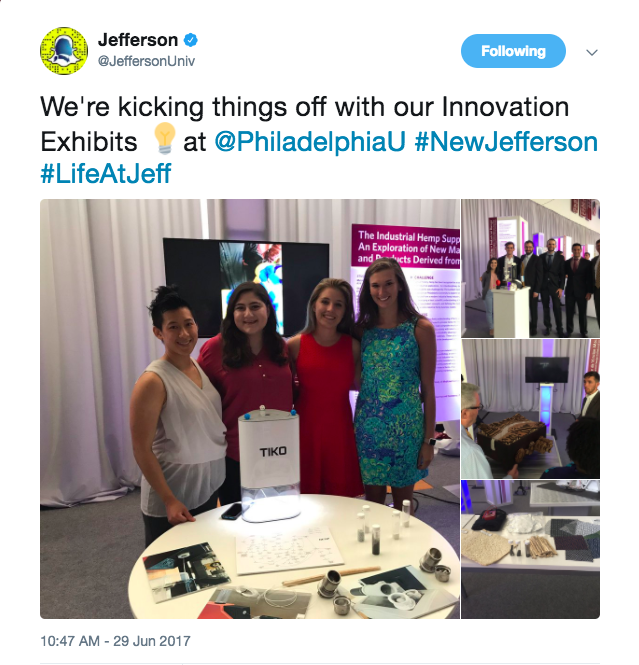 Klasko and Spinelli also shared more details on the institutional merger. Here are some highlights: