The two health systems finalized the deal on Thursday. 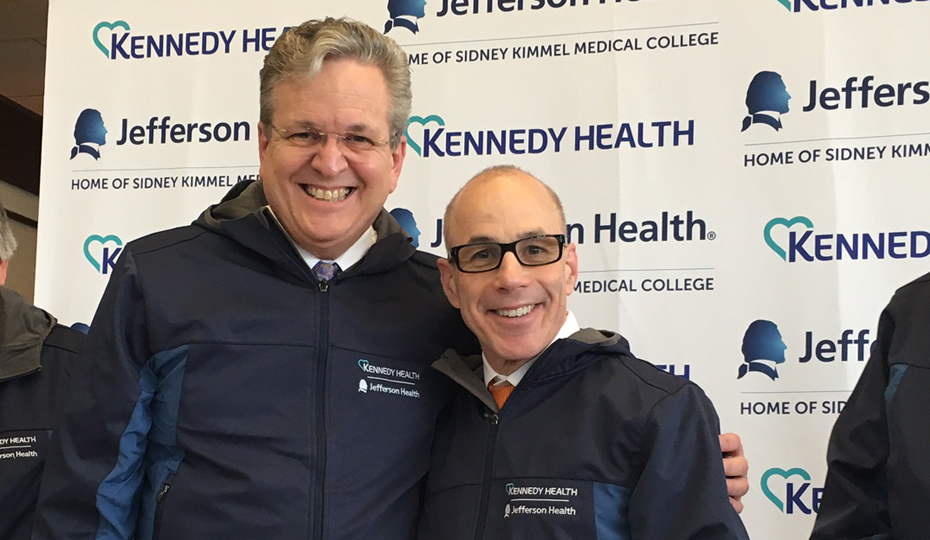 On Thursday, officials from both health systems joined at Kennedy to announce the completion of the merger in Washington Township, New Jersey where Kennedy is based. Thursday’s signing is the culmination of a process that formally began in January 2016 with a letter of intent followed by the signing of a definitive agreement in August 2016 that listed terms.

According to both sides, the deal is no acquisition. Instead, the partnership builds on Jefferson’s “hub-and-hub” model, with Kennedy Health representing the system’s southern New Jersey core. With Kennedy, Jefferson continues to expand its care outward to patients outside of its Center City lines. Kennedy patients will receive care from the same physicians, nurses and staff, but gain access to Jefferson’s clinical services and clinical trials.

The health system has three hospitals located in Stratford, Cherry Hill and Washington Township, with more than 600 acute care beds, over $600 million revenue for 2016, and more than 900 physicians. The combined health system boasts revenues of more than $5 billion and around 27,000 employees across state lines.

The merger is the fourth big deal for Jefferson under president and CEO Stephen K. Klasko. It follows mergers with Abington Health, Aria, and Philadelphia University. As with the health system’s previous mergers, Kennedy officials will have equal representation on the Jefferson board.

That Jefferson will take a break from mergers is unlikely. Klasko has told us time and time again that Jefferson’s goal is to spread its model of health care, whether locally or far and wide.