Even with all of Jefferson’s recent academic and clinical mergers, the education and health care champion says he wants to go bigger and be better. 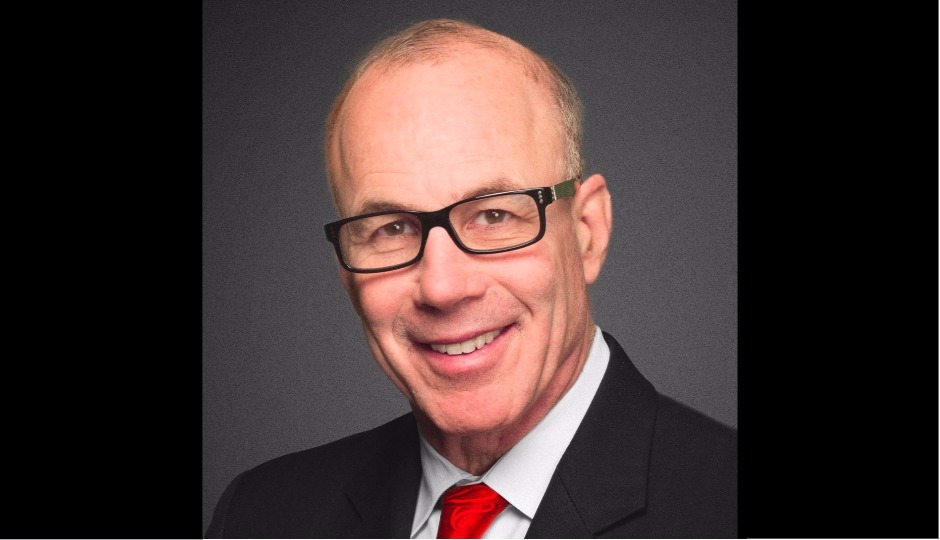 A lot has happened with Thomas Jefferson University and Jefferson Health over the past few years, and Stephen K. Klasko has orchestrated it all. Since 2014, Jefferson Health has grown from a three hospital medical center to a ten-hospital system. And the health network will include 13 hospitals when a proposed merger with Kennedy Health is complete. This week, students at Jefferson went back to school to a campus that now sprawls downtown Philadelphia and the bucolic East Falls. Even with all these moving parts, Klasko says he wants to go bigger and be better. To understand his audacious intent, Klasko takes us back to his early days as an OBGYN and lets us in on where he wants to be in 10 years. You’ll be surprised how much you still don’t know about this education and health care champion.

I grew up in … South Philly then migrated to Overbrook Park in Havertown. I went to Haverford High. It was a difficult Jewish Italian Irish migration.

I wish I could go back to the year … 1991 when I ran my first marathon. Back then I could run 26 miles, and I didn’t have to have my orthopedic surgeon on speed dial.

I moved back to Philadelphia from Florida because … I really got tired of apologizing for my Philly “get it done now” personality in a mellow place like Tampa. Everything I did, they’d say, “Like Rocky, Klasko is upsetting the status quo.” In Philly we do that a lot. I came back in 2013 after nine years at the University of South Florida.

I wake up at … 5 a.m., usually. I wake up and think of what playlist I want to listen to for the day, go out and run, and then I get ready for the day. I also try to read the news at extremes. So I’ll read the NY Post and the New York Times and also Fox News and MSNBC. I get all revved up with everybody yelling at each other.

The U.S. will “fix” health care when … we stop blaming everyone that’s not us and stop tinkering with a fragmented sense of inequitable and occasionally unsafe health care and when we have the courage to transform.

I believe that health care is a … complicated mess right now. But when we allow innovation to help health care join the consumer revolution, we can make it a right for all our citizens.

I decided to get my MBA after being an obstetrician and gynecologist because … you have to remember that back when I started practicing, about 97 percent of OBGYN’s were male. The most performed procedures in the country were hysterectomies and C-sections. I happened to be listening to a male OBGYN talk about removing the uterus and telling his predominantly male students, “Oh, it’s no big deal. After childbirth, patients don’t need it.” I was in Barnes & Noble that night and four of the top 10 nonfiction bestsellers were books like “What My Hysterectomy Did to Me.” I realized there was this disconnect between what was happening with patients and what we were telling physicians. I figured getting this other degree would be a good to approach all of this.

The hardest part about writing my latest book “We CAN Fix Healthcare in America” was … I envisioned a future where these disrupters of the minds of the old healthcare were so compelling that both the Democrats and Republicans used it as a healthcare platform. Then after watching TV and realizing all the acrimony, I realized I was actually writing a science fiction book, that there was no way it was going to happen.

I’m optimistic about the future … for a couple of reasons. For one, the alternative is pretty lousy. Secondly, I’ve always been able to see humor in just about anything. It’s when you start to lose your humor that you start to get pessimistic. I’m also optimistic because I lead a place where I have all these doctors, nurses and employees who teach students to take care of people. That’s humbling.

I’m apprehensive about … the lack of creativity we are seeing in solving health care in Washington, D.C. Not too long ago we announced our collaboration with Independence Blue Cross. Generally insurers and providers aren’t always collaborative. But we were able to get through the fact that we had different ways of looking at things to do what’s right for patients. Not much of that is happening in Washington. 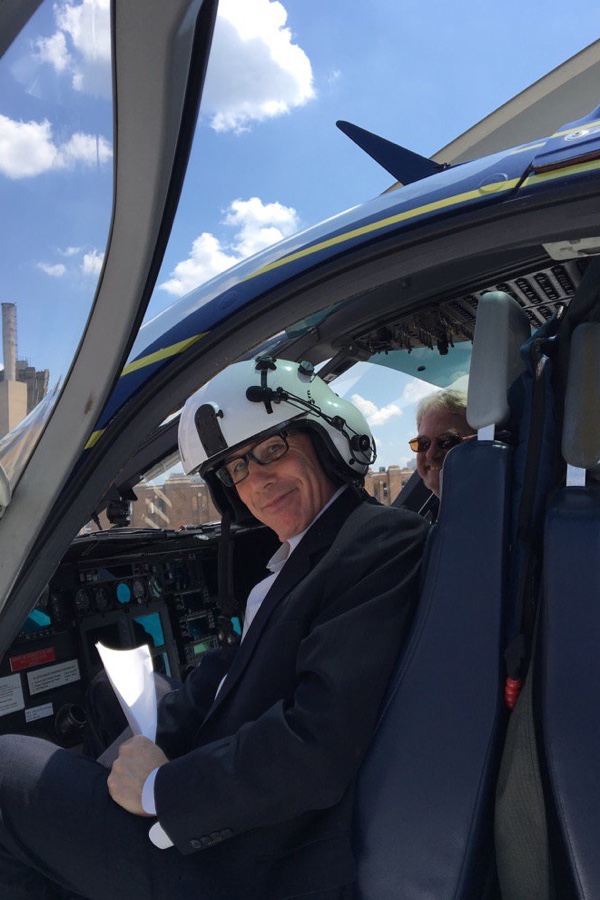 Dr. Klasko visited with employees from JeffStat, when the team was recognized with a “Top of the Klass” Employee Teamwork Award. Courtesy photo.

My last vacation was to … Croatia ad Montenegro with my kids.

Something most people don’t know about me … I got to sing My Girl with The Temptations once. This was back in the 80s at one of the places in Atlantic City. David Ruffin had died and they said they needed someone to sing. I jumped up on stage and had to do a few bars. I got to do the David rough and roll. I even had The Temptations shuffle down.

The biggest disruptors that’ll come to the health care space in the next 10 years are … augmented intelligence, deep learning, and virtual reality. Tech will replace 80 percent of what doctors do, which will finally allow us to recognize that we need to select medical students based on being more human. In other words, technology will allow us humans to concentrate on being humans not being better robots than the robots.

The biggest disruptors in the higher education space will be … new competitors who will figure out how to teach millennials the way they learn for less money. We’ll need to create and define value for their tuition dollars to be charged. It’s a big reason why we merged with Philadelphia University.

Philadelphia’s greatest asset is its … grit. People will support you if you’re working hard and passionate about what you’re doing. You won’t win all the time, but people love you if you’re passionate and gritty. You’ll have a lot of people behind you.

Jefferson Health has undergone a number of mergers in the last few years because … I think that in some respects you have to stop tinkering around. We believe health care and education is going to be going from Blockbuster to Netflix. If you think about it, Netflix realized the product was never the stores. It was the entertainment. I’ve realized that Jefferson’s product is not at 10th and Walnut or in East Falls. It’s the care we give, and the way we create new leaders. And if we can come up with a way of getting that out as close to people’s homes as possible, that’s what differentiates our mergers. It’s not a matter of merging with Aria, Abington and Kennedy so they can send more to Philadelphia, let’s merge with them so we can get our Jefferson care out to those areas. It’s the same thing with the Philadelphia University merger. How can we take design and health and put them together.

A challenge Jefferson Health’s constantly up against is … we’re a 192-year-old entity acting like a startup company. In some cases, we’re early adopters of new innovations like telehealth before the dollars are really there to support it. We know that’s where things are heading, but we’re sort of bucking the tide because a lot of things are still paid the old way. There’s a great quote from Upton Sinclair: “It’s hard to get someone to do something when their salary depends upon them not doing it.”

A restaurant in Philly I can’t stop visiting is … Fork. It always reminds me of a place that could be anywhere, but they always put a Philly flare to it.

A promising medical development being worked on in Philly right now is … what’s happening at the Sidney Kimmel Cancer Center. We’re doing personalized genetic risk clinics. We’re taking the promise of genomics and starting with prostate cancer and making a plan based on you, not based on people like you. Secondly, we’re doing Cancer Care 360—recognizing that the psychosocial and spiritual parts of health care are important.

The toughest decision I’ve had to make in my career was … back when I was a gynecologist. I’ve delivered 1,800 babies in my career. Deciding to deliver a bay at 28 weeks that might be 1.5 pounds, and knowing that the baby might not make it, that was hard.

The last time I cried was … when the obstetrician slapped my behind. I’m not a big crier.

I’m happiest when … when I’m running, laughing, hanging out with my wife and kids and seeing my brand new grandson on Facetime.

A big benefit coming out of the TJU and PHilaU merger is … some of this gets down to the human. You combine Steve Spinelli who’s an entrepreneur with a PhD in Economics with our provost Dr. Mark Tykocinski who was formerly the chair of pathology at Penn and is one of the leading scientists. It’s like chocolate covered bacon. You don’t think that would work real well, but it’s delicious.

A kink we’ll be ironing out over the next few months is … like with all the mergers, whether it’s academic or clinical, creating one Jefferson. Whenever you start out with a merger, it’s not like the day we sign it, everyone is like “I get it. We’re all part of each other.” People are starting to think globally as one entity, while acting locally. That’s where we want to be.

Being the 5th largest university in the region means … if you know me, that I want to be 4th and 3rd. But really, now that we’re as large as we are, we can create a level flexibility that largely doesn’t exist in academics in Philadelphia.

I am perpetually … amazed that people don’t look at problems and think of creative ways to solve them. We’d rather talk about why we can’t get something done, as opposed to talking about how to do it. 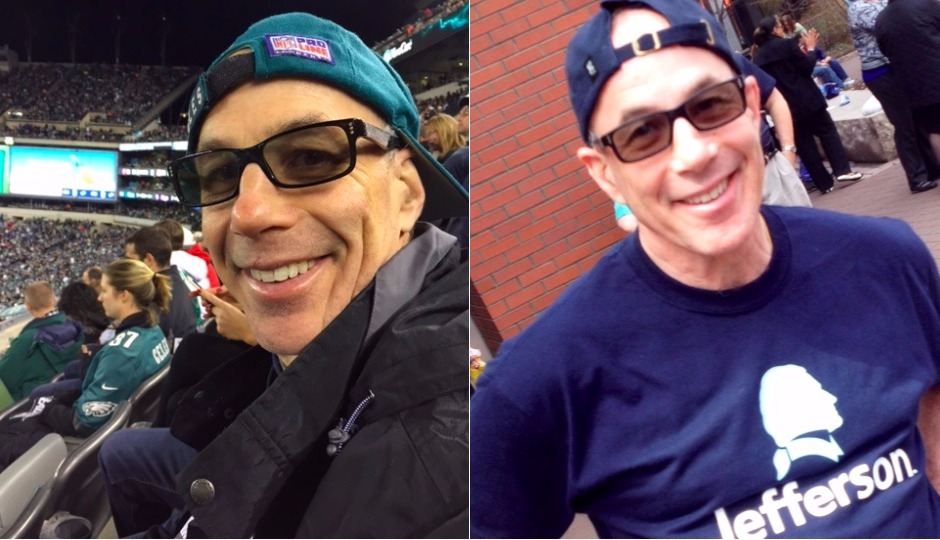 A hobby I won’t ever give up is … running long distances even though I probably should. I’ve also started a career as a DJ and won’t give up my love of playing music.

I’m inspired by … an Adidas commercial that said, “Impossible is just a small word thrown around by small men and women that don’t want to do the hard work to do the impossible.” That inspires me because so many people tell me that my job is impossible.

A personal practice I swear by is … to quote Buckminster Fuller, “If you want to change something, don’t tinker with existing reality. Create a new model that makes the old model obsolete.” That’s also really, if you want to change your life, don’t wine, just do it.

Best advice I’ve ever gotten … was from a professor at Wharton who said that you should always have five people under you who think they can do a better job than you and three who are right. Never be afraid to hire people that are smarter than you.

In ten years I’ll be … 75. And I’ll be doing exactly what I’m doing now, I think. I’ll be working, running, laughing. Running slower, laughing more. Definitely laughing about what we had to go through in 2017 to get academics and health care to an optimal place.

And one more thing, as I’ve said before, I want to have a store called Stevie’s Vinyl Emporium and Implantable Health Chips. I think it will be awesome to have a store that is selling albums that are old school and some of the coolest new things in health tech.