After months of photobombs, sidewalk sightings, and general Jason Segel merriment, Philly production has wrapped on his upcoming AMC show. 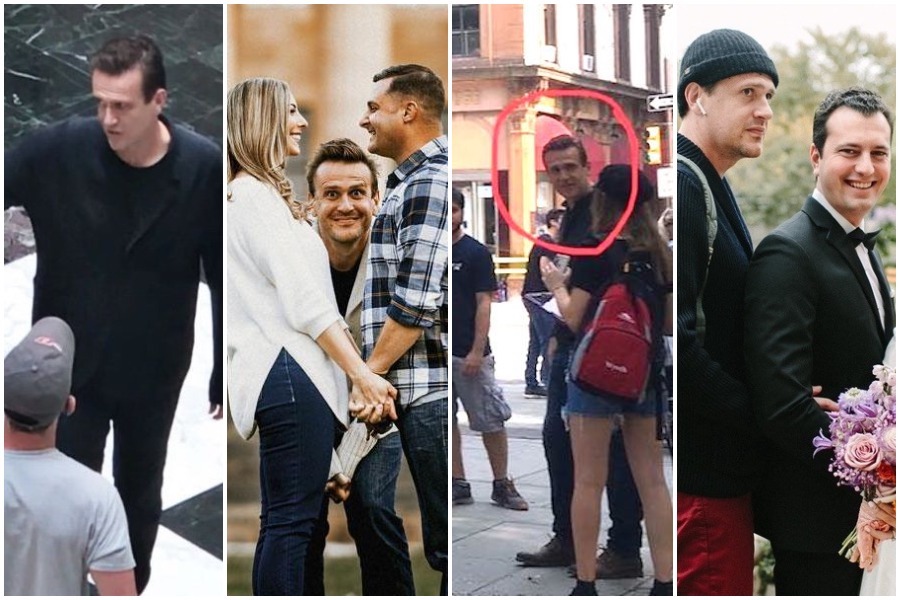 It’s been one hell of a ride, but the Jason Segel Era in Philadelphia is now officially over.

Philadelphia production wrapped up last week for Segel’s series Dispatches From Elsewhere, which is expected to debut on AMC in 2020. Segel, 39, created and stars in the series.

AMC has said that Dispatches From Elsewhere is about “a group of ordinary people who stumble onto a puzzle hiding just behind the veil of everyday life …. They will come to find that the mystery winds far deeper than they ever imagined.”

That’s all well and good, and I’m sure that we’ll review the show when it comes out. Bars will, no doubt, have watch parties. And there will be blog posts with titles like, “Here Are the 38 Philly Spots You’ll See In the New Jason Segel Show.”

And I, for one, can’t wait to see veteran Philly actress Amanda Schoonover (and other local performers) in the show. Schoonover, whom we previously told you about after Facebook deemed her boudoir photos obscene, appears in six of the ten episodes. (“It was the best experience ever,” says Schoonover. “Jason Segel is one of the best humans I’ve ever met. He is so kind and humble and talented.”)

But all Philadelphia has really been interested in over the last several months was watching as Segel turned up all over the city, seeming like a “regular guy” instead of some big mahoff from Hollywood.

My first brush was Segel was back on May 16th. I was talking with a couple of friends outside of Chris’ Jazz Cafe on Sansom Street when this guy walked by us by himself. “Hey, that’s Jason Segel!” said my one friend quietly but excitedly. Truth be told, I had no idea who Jason Segel was. I shrugged it off.

Sure enough, the next day, I received an email from one of Stephen Starr’s publicists in New York, telling me that Segel had grabbed a cup of coffee the day before at The Dandelion (also on Sansom Street), where he “captured selfies and chatted with the staff.”

And from then on, not a week went by with some sort of Jason Segel excitement.

There he was in the lobby of Philly Mag headquarters.

There he was with André 3000 (with that cool flute!) and Sally Field in Washington Square Park.

And who can forget the photobombs?

First, Segel surprised a couple during their engagement photo shoot behind the Art Museum, and the resulting photo actually made national news.

And then, just a week later, Segel photobombed a couple on their wedding day at the Rodin Museum.

Those are just a handful of the stories that many, many Philadelphians have shared about Segel in the city.

But now, just like that, Segel is gone, and something tells me there won’t be another one like him any time soon.