The actor popped into a couples' wedding photos at the Rodin Museum over the weekend. 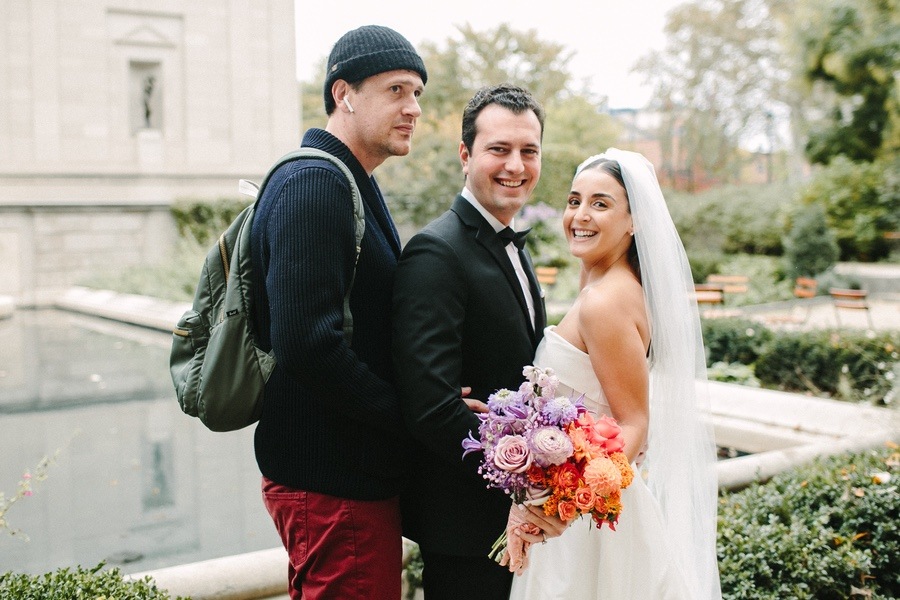 Jason Segel probably isn’t actively trying to de-throne Bill Murray as the king of the wedding photobomb (doesn’t really seem his style, right?), but he’s well on his way. Two weekends ago, he popped into Megan Monaco and Joe Fetrow’s Art Museum engagement shoot. This past Saturday, he photobombed Lilian Wehbe and Maher Kobeissi’s wedding-day portraits at the Rodin Museum. (Side note: it’s becoming clear that Segel is very into getting his culture on come the weekend.)

Per Kelly Giarrocco, the photographer who snapped the shots, she and Maher were hanging out at the Rodin Museum waiting for bride Lilian to show up for the couples’ first look when they first noticed the actor. Maher wound up approaching Segel just to chat, and Kelly notes Segel couldn’t have been nicer about the whole thing.

“Jason was like, ‘you’re so dressed up, you look so nice!’ to Maher,” says Giarrocco. Maher explained it was his wedding day, and that was kind of that—for a few minutes.

Giarrocco, meanwhile, got the word that Lilian had arrived, and stepped away to meet her. 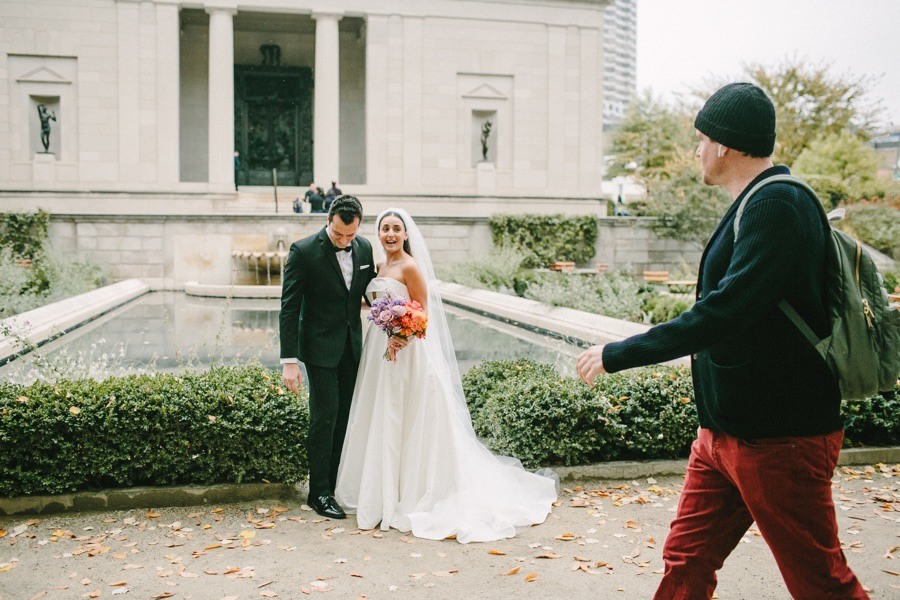 “It was funny that Jason was there, but we were focused on the first look,” Giarrocco says, so she didn’t immediately alert Lilian to Segel’s presence. Instead, she lead Lilian over to where Maher was standing by the reflecting pool. The couple had a beautiful, emotional moment, and then Maher let his bride know that a celeb was also on the grounds.

And then, almost if by magic, the celeb Philly loves to low-key fan out around appeared. Segel asked for a photo — not the other way around — and popped in for a quick frame with Maher and Lilian. Then everyone went on their merry way — Maher and Lilian to their reception at Osteria, and Segel to no doubt continue his good work of surprising and delighting Philadelphians everywhere he goes.