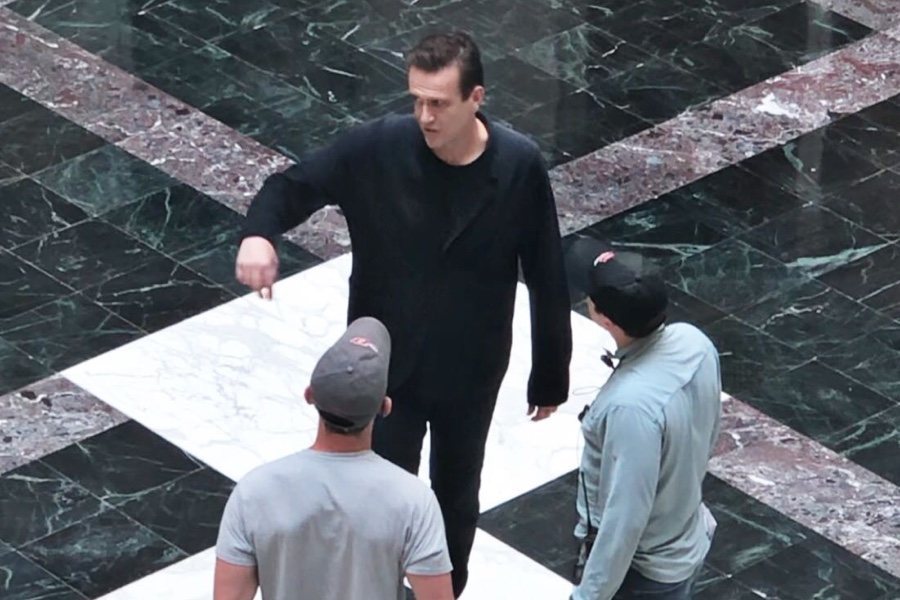 A not-so-rare sighting of Jason Segel in Philly. (Photo by Caroline Cunningham.)

People like to joke that Philadelphia is a small town. And for good reason: it can feel like everywhere you go, you’re running into old friends, new friends, old enemies, new enemies, acquaintances, co-workers, you name it. It happens so often that it stops fazing you eventually.

And right now, we’re almost to that point with Jason Segel. Because while the beloved How I Met Your Mother and Muppets star is a bona fide celebrity, he’s also been popping up everywhere in Philly this summer, and just about everyone has seen him. He’s been spotted strolling around Washington Square. One woman says he saw her carrying boxes out of her apartment and offered to help her move. Fans have seen him at tons of Philly restaurants — and he’s apparently pretty nice about taking photos with them.

Am I the only person in Philadelphia who has not seen Jason Segel yet?

Those of us at Philly Mag HQ happened to get a good look at the star recently when he was filming his new series — Dispatches From Elsewhere, a 10-episode anthology that will air on AMC — in the lobby of our building in Washington Square West. We took some video, then asked our Instagram followers to share their Segel sighting stories.

We received over 500 comments. Here’s just a few of the places our Instagram followers say they’ve spotted the man: at Olde Bar, at Jones, at Rittenhouse Square, at the Fishtown La Colombe, at Melrose Diner, at Franklin Fountain, at Ocean Prime. (Jason, if you’re reading this — we have some other restaurant recs for you.)

So we decided that we’re declaring this the Summer of Segel. Think about it: every summer has one or two seminal moments that seem to stand out in the collective memory — from the Papal visit of 2015, to the D.N.C. in 2016. It just so happens that this summer, instead of craning our necks for a Pope sighting, we’re on the lookout for Segel.

It turns out that Segel hasn’t been the only celeb cavorting around town lately. Outkast rapper Andre 3000 has been spotted — usually with a gigantic flute in hand — everywhere from the cheese aisle at Whole Foods to the Netroots Nation political convention.

According to various reports, Andre 3000 is here for the same Segel project on AMC. So, too, is two-time Oscar-winner Sally Field, and Richard Grant, who has an Oscar nom of his own. Neither Field nor Grant has gotten nearly as much attention, though — which either goes to show that they need to get out more in Philly, or that even winning two Oscars doesn’t earn you as much fame as a dude who wrote a Muppets movie.

If you still haven’t caught your glimpse of Segel yet this summer, fear not: production on his Dispatches From Elsewhere show is apparently set to continue until November. That means there’s still plenty of time yet for you get conversation fodder for your next party.

It’s worth noting that the project itself, according to Deadline, is “about a group of ordinary people who stumble onto a puzzle hiding just behind the veil of everyday life.”

That sounds interesting enough, but what we really like is the irony of a bunch of ordinary Philadelphians stumbling upon this group of celebrities pretending to be ordinary people. What is the puzzle in this equation? We’re not sure. But if you manage to get Segel, Andre 3000, Field, and Grant all together in one photo, maybe they’ll help you put it all together.