Philly Is the Best City in America to Be a Celebrity. No, Really.

From Jason Segel to André 3000, we know how to be chill around the famous among us. 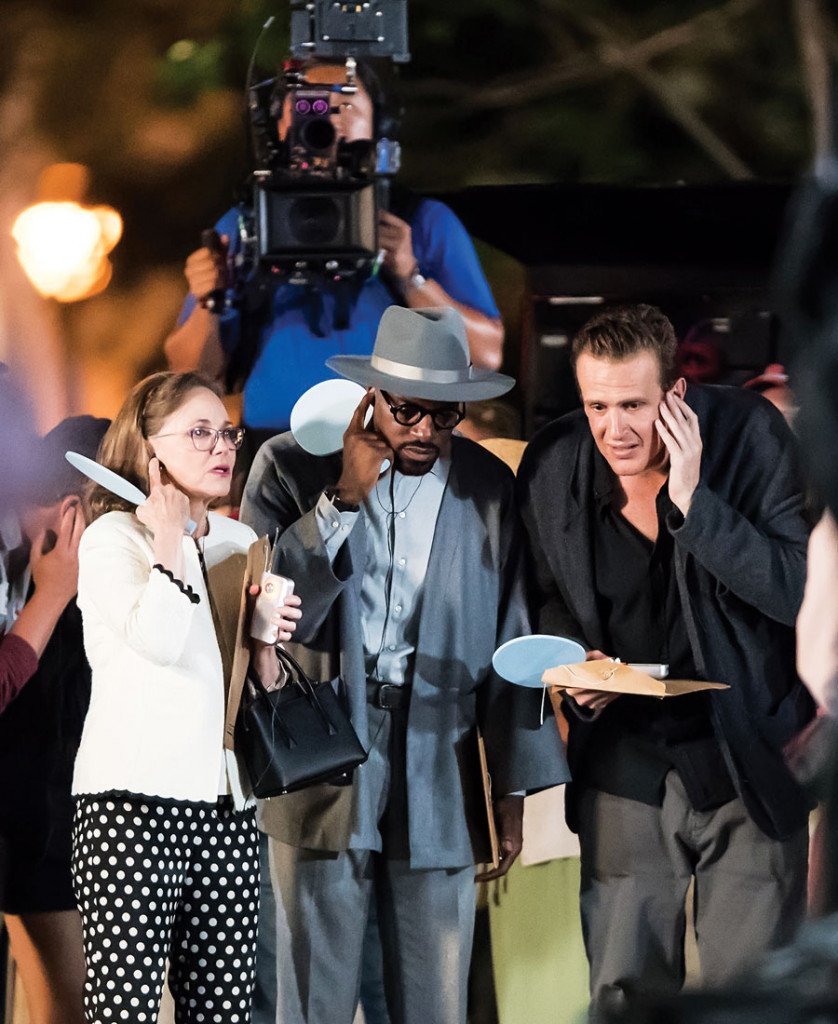 From Jason Segel to André 3000, seeing celebrities in Philly is starting to feel like a regular occurrence. Photograph by Gilbert Carrasquillo/Getty Images

Sometime this summer, I walked out of Philly Mag’s Washington Square offices and stumbled upon a camera crew intently following a man gazing up in wonder at a drift of soap bubbles. “Oh,” I thought to myself after processing the scene. “That’s that guy … from that show … about meeting the mom.” Yes, it was Jason Segel, who, as we all know, has taken up temporary residence here while filming an AMC series.

What’s struck me over the past few months, as sightings of Segel and co-stars Sally Field and André 3000, of OutKast, fame have multiplied, is just how low-key Philly has been about it all.

It’s not that we’re not excited. Posting photos of these ubiquitous celebs became this summer’s cool thing to do. And yet there’s something oddly chill about how we’re feting these actors.

My friend Tre Johnson, a writer who contributes to Rolling Stone and Vox, met André 3000 — who’s been spotted around town playing a flute — in Rittenhouse twice in one week. The first time, Tre politely introduced himself to the iconic hip-hopper. The second time, he recalls, “He put the flute down and immediately said, ‘Hey again, brother,’ and I was like, ‘Oh shit, André 3000 recognizes me.’” But did he try to network? Pitch a project? Nah. “I feel like just being able to chat, keep it short, and move on has felt right.”

And that seems to be Philly’s entire attitude about this recent celeb invasion: We see you. We like you. And now we’re getting out of your way.

Paparazzo HughE Dillon tells me that 10 years ago, we wouldn’t have been so reserved. “We were gawkers,” Dillon says. “We were so overwhelmed seeing a celebrity. Now, it happens a lot more.”

He credits the Greater Philadelphia Film Office for luring movie shoots here. He also nods to prominent Philadelphia Eagles — think Connor Barwin and Malcolm Jenkins — who have made their primary residences in town rather than holing up in the Jersey ’burbs.

More than just being chill with famous people, we seem to have a special appreciation for celebs who partake of Philly the way we do. André 3000 chilling in an iconic public square, or Jason Segel kicking it at Silk City — this strikes a chord. And our composure perpetuates the cycle. Because Segel can go to Franklin Fountain and get appreciated but not harassed, he can also go to A.Kitchen and the Dandelion and Continental.

Which is to say that Philly may be the ideal spot in which to be a famous person. We’ll feed your ego (we know you need that), but we’re comfortable enough in our own skin that we’re not gonna do anything embarrassing. Unless you’re Idris Elba, of course. Rowr.

Published as “Almost Phamous” in the October 2019 issue of Philadelphia magazine.